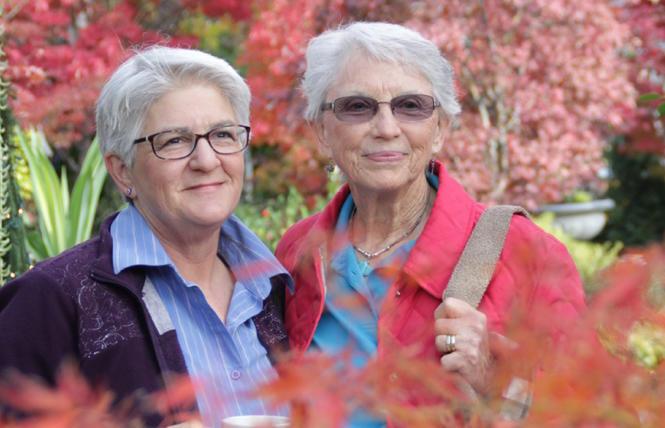 The big news out of the 29th Annual San Francisco Documentary Film Festival from June 3 to 17 is the opening and closing night, centerpiece, and Vanguard Awardee films, will all be presented live at the Roxie Theater.

The rest of the distinctive lineup will be presented virtually, including Summer of Soul, part music, part historical record film on the 1969 Harlem Cultural Festival; Spark Brothers, about the underrated, criminally ignored yet influential 50-year-old rock band; and Dear Mr. Brody, profiling Michael Brody, the hippie millionaire who in 1970 announced a $25 million giveaway to anyone in need, as his bid to promote world peace. As usual, the festival is offering a few LGBTQ films, all of which are worth seeking out.

Military tale
The star of this lot is Surviving the Silence, already a candidate for one of the best queer documentaries of the year. In 1992, decorated Army Nurse Colonel Pat Thompson, just two years away from retirement, was asked to preside over the military review board that would dismiss Colonel Margarethe Cammermeyer for admitting she was a lesbian. This assignment caused Thompson personal agony since she too was a (closeted) lesbian having lived privately with her life partner Barbara Brass for decades.

Cammermeyer is well-known to LGBTQ audiences since in 1995 she published her bestselling memoir Serving in Silence, which became an Emmy award-winning TV movie produced by Barbara Streisand and starring Glenn Close.

However, Thompson's pivotal role in the story remained a secret until 2013 when she and now married wife Barbara, went public at a college speaking engagement, leading not only to a standing ovation but a second career as out and proud lesbians pursuing social justice and activism.

Filmmaker Cindy Abel happened to be in the audience that night and was inspired to create this compelling documentary charting Thompson's career as well as her loving relationship with Brass. The film also reveals Thompson's key role in the Cammermeyer case, which allowed her, despite intense institutional pressure, to have the best defense case possible, enabling her later to be reinstated, the beginning of the end of the Don't Ask, Don't Tell Military Policy. Cammermeyer appears in the film in direct conversation with Thompson, not angry but grateful for her steerage of the trial.

What will thrill viewers are these women's distinctive service to our country despite their persecution by the Pentagon and the incredible personal sacrifices they made. Also, the film reminds us that age is no barrier to continue engaged activism for LGBTQ equality. Their past history continues to inspire current queer military personnel today. You will be cheering all three women by the time the credits appear. 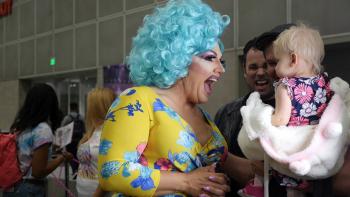 Work it
A very close second for top prize at DocFest is Workhorse Queen. At first this documentary seems to detail the career of pop star drag queen, Mrs. Kasha Davis, a campy take-off on the 1960s liberated housewife. Davis captures the persona of Ed Popil, by day the manager of a telemarketing center in Rochester, New York. Having auditioned for seven years on the TV reality show RuPaul's Drag Race, he finally gets cast onto the show and a full-time career commences at age 44.

What makes this documentary so terrific is that it's really a commentary on the effect the drive for stardom has on performers' lives. While his Drag Race gig initially offers him media exposure and opportunities to perform featuring his signature line, "There's always time for a cocktail," because he wasn't a top winner on the show, within a year he's no longer in demand.

Popil sees this drop-off as a defeat and begins drinking heavily, leading to an arrest for drunk driving, almost destroying his marriage to his long-term husband.

The documentary suggests that an appearance on Drag Race may not be the winning ticket to celebrity it heralds, as the film also profiles another drag queen still trying for 11 years unsuccessfully to appear on the show and considering himself a failure. Within drag culture, there's almost an apartheid split between the show's winners and losers.

The other vibrant message is that older people shouldn't give up on their dreams, that there's much wisdom derived from lived experience. Ultimately why this film is so rewarding is Popil finding the riches and opportunities available within his hometown that became personally and professionally rewarding. Workhouse Queen is not to be overlooked.

Fury, us
Once A Fury not only explores a forgotten history, but adds to that archival record by allowing the participants to reflect on their own roles fifty years later. The Furies were a 1970s radical lesbian-feminist collective, formed not only to counterpoint the sexism of the male-dominated 1960s New Left, but the homophobia in the women's liberation movement. 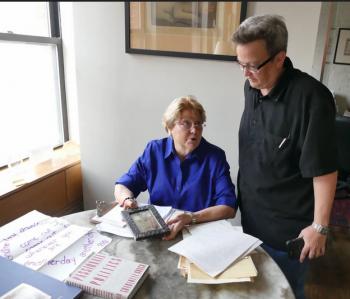 They were a separatist lesbian group that had aspirations to go underground and use guns to achieve their revolutionary aims of equality for all. They are best remembered for their widely read newspaper (The Furies) that advanced their ideology, which is still influential today, as it lives on in libraries, private collections, and on the web. The collective was fervent and short-lived, breaking up after 18 months.

Director Jacqueline Rhodes interviewed ten of the original twelve Furies, two of whom became famous after they left the Furies: author/novelist Rita Mae Brown and feminist author/activist Charlotte Bunch, founder of The Center for Women's Global Leadership at Rutgers University. The documentary skillfully shows the divide between the theory of lesbian feminism and the difficulty of living it.

The Furies took their ideology to its furthest extreme, believing lesbianism was a choice that every woman should adopt. They couldn't decide whether to have one leader or be ruled by pure consensus. However, the main issue that disbanded them was whether the group should raise children or send them outside to a boarding school or back to their families/ ex-husbands.

These were intense, opinionated women, some of whom 50 years later regret their participation in the Furies. But most of them —after their involvement— proceeded to implement feminist change. They've all remained politically active now into their seventies. Even if you don't agree with their philosophy, their analysis laid the groundwork for our contemporary understanding of intersectionality. Once A Fury is provocative and exasperating, but never boring and you will have much to ponder after the last frame ends.

Short & sweet
Although not explicitly LGBTQ, one of the 5-minute animated shorts, Yello incorporates the basic tenets of queer liberation. Michelle, an Asian San Francisco pharmacist, at the airport smiles and says hello to a woman and her daughter. They both run away with the mother screaming, "We need to wash our hands now!"

Poor Michelle wonders why she feels such intense shame after doing nothing wrong. Eventually she concludes we all have hearts capable of loving and being loved. Any discrimination is wrong and soul shattering, hopefully another valuable lesson learned during this pandemic and so poignantly essayed in Yello. 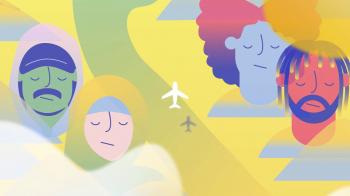 Another short, Making Samantha, records the making of the first all trans cast (27!) music video about what it means to be trans, created by singer-songwriter Benjamin Scheuer, inspired by his trans friend Samantha Williams. Scheuer wanted to show the universal journey of finding identity, acceptance, and love, that as humans we have more in common than our differences.