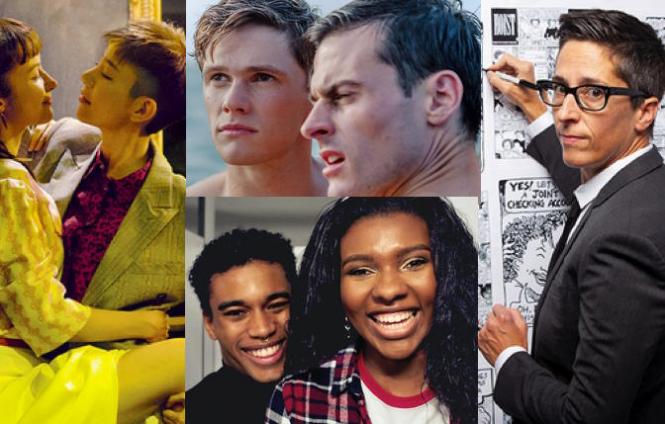 Taiwan films, 'Firebird,' 'Realness & Revelations,' 'No Straight Lines: The Rise of Queer Comics' all at Frameline45.

Not even one frame or video shot has been screened, but Frameline45, which just announced its full program, has already made history. The wooden planks boarding up the Castro Theatre will have to be removed, as the historic movie palace will be reopening after being closed 15 months due to the pandemic, to host several in-person movie screenings for the world's largest LGBTQ+ film festival from June 10 through the 27.

The Castro will screen six films the final weekend of Frameline, including the beloved Fun in Shorts and in what will sure to be a rousing crowd pleaser, the closing night documentary, No Straight Lines: The Rise of Queer Comics. The Roxie Theater will also screen in-person two movies on Sunday June 20.

Publicist Kevin Kopjak of Prismatic Communications in an email with the Bay Area Reporter revealed that "Frameline is looking at a 30% capacity for each screening, but that is subject to change. All patrons will be required to wear masks." 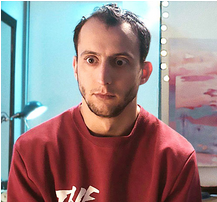 Unlike the recently reopened San Francisco Symphony, which has designated certain sections for vaccinated ticket buyers, Frameline is not currently creating vaccinated sectors in their in-theater screenings. However, because the state of California will be announcing new opening COVID guidelines for indoor venues on June 15, these protocols might be altered.

Last year, during the height of the pandemic, Frameline44 was split into two parts, with a small Pride weekend slate of films followed by an all virtual extended program in October.

Frameline45 will feature a hybrid of in-person and virtual offerings, including four drive-in screenings (one at Concord's West Wind Solano Drive-In and three at SF's Fort Mason Flix), two screenings at Oracle Park in partnership with SF Pride and the SF Giants, as well as more than 50 virtual film screenings. For the first time, Frameline will offer a Festival Streaming Pass, which gives ticket buyers the opportunity to unlock all virtual festival content, including film screenings and other unique programming.

"The past year has shown us the value and importance of connections with one another," declared Frameline Executive Director James Woolley. "As the world begins to reopen and revitalize, so too is Frameline with a unique combination of in-person and virtual events. We look forward to celebrating the power of queer storytelling and sharing in a collective experience together." 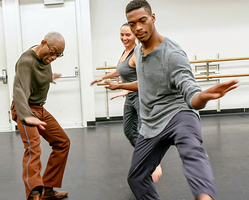 'Can You Bring It: Bill T. Jones and D-Man in the Waters'

"The theme of this year's festival is 'All Kinds of Queer' and our lineup certainly reflects that," adds Frameline's new Director of Programming Allegra Madsen. "Representing 30 countries —from Argentina, Egypt, and India to Nigeria, Taiwan, and South Africa— this year's slate of films will touch on themes ranging from the American Dream and gentrification to trans resilience and gender and race identity. Through these films, we believe we can cultivate a more compassionate and empathetic world."

Another op'nin'
While technically the opening film will be the documentary Fanny: The Right to Rock, about the first all-woman rock band to release an album with a major record company as they reunite to record new music, the next night will feature the much heralded premiere of Lin-Manuel Miranda's (Hamilton) Tony Award-winning musical In the Heights, directed by Jon Chu (Crazy Rich Asians), about a close-knit upper Manhattan Latino community of immigrants (especially the Dominican Republic) and their dreams of success.

Other notable offerings include the semi-autobiographical coming-of-age comedy Potato Dreams of America (a hit at other festivals), about how a gay Russian boy and his mother now a mail-order bride set sail for America to meet her eccentric new husband; gay French director Francois Ozon's latest, Summer of 85, which takes a sexy, nostalgic trip back to the mid-1980s on the Normandy Coast as two teenage boys discover first love; and the documentary Ailey (to mark Juneteenth) on the life and work of genius Black choreographer Alvin Ailey.

Everybody's Talking About Jamie adapts the award-winning West End musical chronicling Jamie New, a teen in a blue-collar English town who dreams of becoming a fierce, proud drag queen; the film will launch on Amazon Prime in September.

Twenty years after the queer classic Gendernauts (Frameline 23) illuminated the shifting nature of gender through the lives of unapologetic, iconic San Franciscans (including Annie Sprinkle and Susan Stryker), Genderation will return to see where life has led these original pioneers. 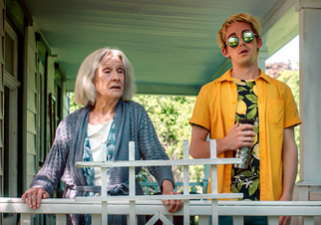 Baloney is the story behind SF's first and only all-male gay revue, an Oasis nightlife fixture melding theater, dance, and burlesque that also explores the local, modern queer experience with humor and fantasy. The documentary Invisible will report on the lesbians writing and producing behind contemporary country music, often requiring them to remain closeted in this traditional corporate industry.

Jump, Darling centers on an aspiring actor trying to make it big on the Toronto drag scene. Falling flat, he moves in with his grandmother, played by the late inimitable Cloris Leachman in her final starring role.

Firebird is a Cold War thriller about a gay romance between a young private and an ambitious fighter pilot at a Soviet military air force training base. Charlatan is veteran filmmaker Agnieszka Holland's (Europa, Europa) handsome biopic of Czech herbalist and healer Jan Mikolasek, featuring his passionate clandestine affair with his hunky assistant and his trials during the Communist regime of the 1950s.

Can You Bring It: Bill T. Jones and D-Man in the Waters celebrates the work of choreographer Bill T. Jones and his late partner Arnie Zane as they founded their iconic New York dance company during the ravages of AIDS and created their masterwork.

Prognosis: Notes on Living records how Oscar winning documentarian and LGBTQ+ activist Debra Chasnoff (Deadly Deception; It's Elementary) turns the camera on herself as she responds to her diagnosis of stage-four breast cancer.

Todd Stephens's (Another Gay Movie) latest is Swan Song featuring a flamboyant hairdresser who escapes from his nursing home to come out of retirement for one last hairdo. The French Ma Belle, My Beauty is a contemporary romance set in the picturesque South of France about a newlywed couple whose husband encourages a visit from his wife's American ex-girlfriend hoping to recapture the free-spirited relationship they all used to share. 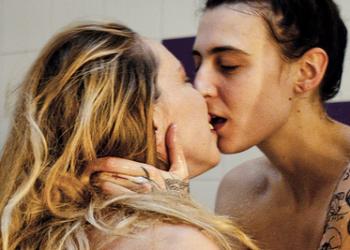 Bliss is a German offering on the sensuous affair of two female sex workers. Lola covers 18-year-old trans Lola, whose mother dies right before her gender reassignment surgery. She's forced to reunite with her uncaring and bigoted father.

This year, Frameline will focus on Taiwan with a queer spin on Shakespeare's cross-dressing comedy As We Like It featuring an all-female cast. Dear Tenant centers around a trio who form their own chosen family within the confines of their apartment building. The charming Taiwanese queer classic Will You Still Love Me Tomorrow? tells of a family man's long-repressed gay urges reawakened by a young flight attendant. Taiwan Shorts rounds out that series.

Cinema chats
Taking advantage of the virtual format, Frameline has curated a record series of free exclusive talks: Youth on Screens about queer representation on television; Two-Spirit: Indigenous Voices in Queer Cinema; Sugar In My Bowl: African American Representation in Queer Cinema; Women in Rock; Humanizing the Other: Films vs. Hate; My Disability Isn't Your Oscar; Queer in the Time of Covid; and Wilson Cruz in Conversation with Raffy Ermac, about the first openly gay actor to play an openly gay role on a TV series (My So-Called Life) interviewed by the editor-in-chief of the LGBTQ+ youth-oriented entertainment website Pride.

Because of its hybrid offerings and the Bay Area returning to semi-normal after a year of lockdown restrictions, Frameline organizers are anticipating it will be the most attended festival in its history.