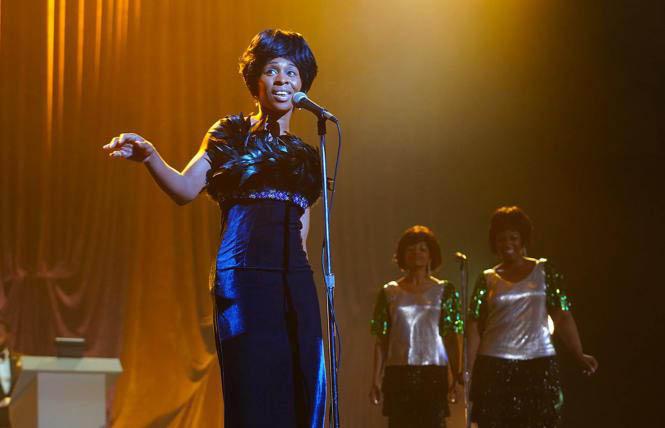 Aretha Franklin, The Queen of Soul, is the voice of the African Diaspora. Independent of her shining career of hits, she has the singular ability to create mind-bending, transcendent events with her performances that are indelibly linked to our collective national history.

In recognizing Franklin's genius, the National Geographic Channel has included her in the third season of their Genius series, following profiles of Albert Einstein and Pablo Picasso. Among the miniseries' executive producers are Oscar winners Brian Glazer and Ron Howard, Pulitzer Prize winner Suzan Lori-Parks and music maestro Clive Davis.

Genius: Aretha does not disappoint. Beginning with Franklin's 1967 official coronation as The Queen of Soul in Chicago, the series utilizes all of the techniques of cinema, in a freedom that only cable television can present, without fear of prudish eyes and ears choking on their Slim Jims and Dr. Peppers. 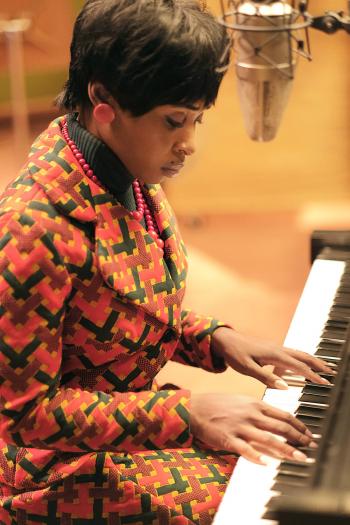 Little Ree (played note-perfect by the young discovery, Shaiain Jordan) is exposed far too early to the racism, sexism, moral hypocrisy and abuse inflicted upon and facilitated by her father, Rev. C.L. Franklin (played by Courtney. B. Vance, who brilliantly suspends reality in each of his scenes).

The adult Aretha experiences her past and present in PTSD-induced flashbacks that display the strength, anger, resolve, talent, tenacity, courage and artistry that made her a political, moral and gender representative of what it means to be "young, gifted and black" in America, during its most tumultuous times.

The hard work of birthing "genius" and negotiating fame is made evident in every frame, every sad, stoic glance and clipped cadence of the woman who became what Rolling Stone magazine proclaimed the number one vocalist on its list of the 100 Greatest Singers of All Time.

Transcending the dark side of church culture, Black street culture and the shady side of entertainment, Franklin meets her creative director and road manager, Ken Cunningham (played by rap icon, Tip "T.I." Harris, who should expect a lot more acting work), who plays the role of her first "do-right man."

Franklin embraces her radical feminism and activism with some trepidation and steely resolve. Her 1972 gospel album, Amazing Grace, is still the all-time bestselling gospel album, as well as a serious "dis" against her domineering father.

Ultimately, the film serves as a time machine and, for present and future generations, it will be extremely enlightening and inspiring to see the development of the first Civil Rights Movement and connect it to the present-day Black Lives Matter movement.

Everyone within the Baby Boomer generation and before should steel themselves, because the miniseries will be triggering, both positively and negatively.

Although the film is far from perfect, it is truly authentic. It will be available on Hulu, following its initial run, and should be in every American home.

The speech patterns, pop culture references, ecstasy and redemption are embraced in a way that heals and inspires as an example of the human condition, all self-taught, embraced and shared unto a weary world that can be saved only when one allows their humanity to lead the way.

There has never been such a documentary that blurs the history of a nation with its minority cultures. I strongly recommend that everyone within the LGBTQ community watch this miniseries and live their lives accordingly.