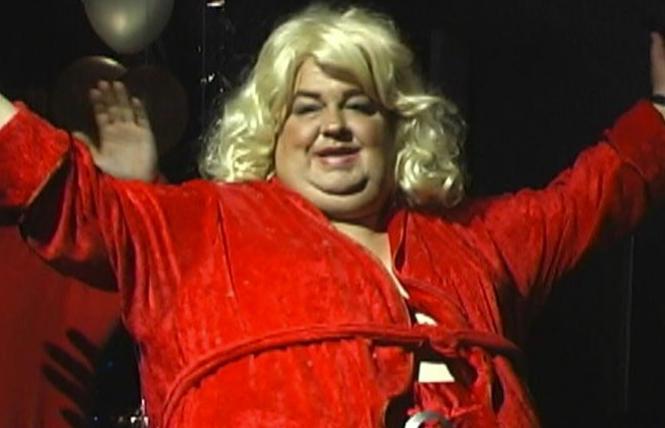 the late Donnie Corker aka Dirtwoman

No one who's lived in Richmond, Virginia during the past fifty years will ever forget Dirtwoman. Donnie Corker (1951-2017) was a colorful, gay counter-culture character in a town that, according to this documentary, is filled with counterculture eccentrics. None of them could hold a candle to Dirtwoman.

Dirtwoman was not only larger than life, he was large, a morbidly obese sometime drag queen and retired prostitute who got his curious moniker by taking a dump in the back of a police car. He (most of the people interviewed in the film refer to Dirtwoman as male) seemed almost proud of this rather dubious achievement.

Throughout his sixty-five year sojourn on this earth, Corker, Dirtwoman, lived by his own rules and didn't care what anybody thought. He appears out of drag throughout the film, speaking openly of his former life as a prostitute, casually reminding people that he's sucked thousands of dicks. He even did a short stretch in jail, claiming that he had a "good time" while in the slammer.

Corker would say or do just about anything for attention, and the denizens of Richmond ate up every second of it. Whether he was appearing on stage in a drag club or talking to a friend on a street corner, he was always as outrageous as possible.

One woman recalls asking Corker if he'd like some punch at a party.

A gentleman recalls Corker telling him: "I'll suck your dick so good you'll be throwing rocks at the women." 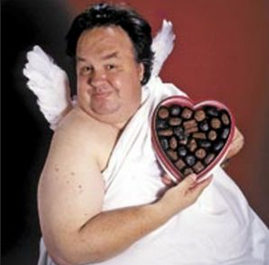 But Dirtwoman was more than a flamboyant, foul-mouthed queen. One woman claims that Dirtwoman literally saved her life, pulling her out of harm's way when a gunfight broke out in the street. Another person recalls that Dirtwoman would stand up and defend the local punk rockers when they got harassed by the neighborhood rednecks.

More than fifty people who knew Corker sat down for filmmaker Jerry Williams' camera. Their memories are hilarious and irreverent, but the most fascinating and entertaining moments in the film come when Corker speaks for himself.

At one point Corker is made up for a role he was playing in an independent film. The make-up artists put thick pubic hair on his crotch to make it look like a vagina.

"I can't believe my pussy is that big," he says in his deep-fried Southern accent. "Come on, eat it, motherfuckers, I'm ready for all you bitches."

Corker delighted in espousing such homilies. He was a real-life Divine from Pink Flamingos, only considerably more vulgar. And he took pleasure from all of it. He lived for attention. And, to his delight, he got to meet Flamingos director John Waters as well as Divine herself.

For the last few years of his life, Corker was plagued with a variety of health problems. He became larger and larger and could no longer walk. He spent his last few years in a wheelchair, finally dying in his sleep as his heart gave out at age 65. He courageously lived these last years on camera.

Donnie Corker, aka Dirtwoman, lives on in the hearts of all those in Richmond who knew him or saw him around town. There have been few people who lived their lives as outrageously and as unashamedly as he did. As a film, Dirtwoman is a sometimes shocking but always entertaining tribute to one of the most unforgettable characters you will ever see.

Dirtwoman is available at Comcast on Demand. It is also available at Amazon, iTunes, Google Play, You Tube and Vudu.
www.ariztical.com