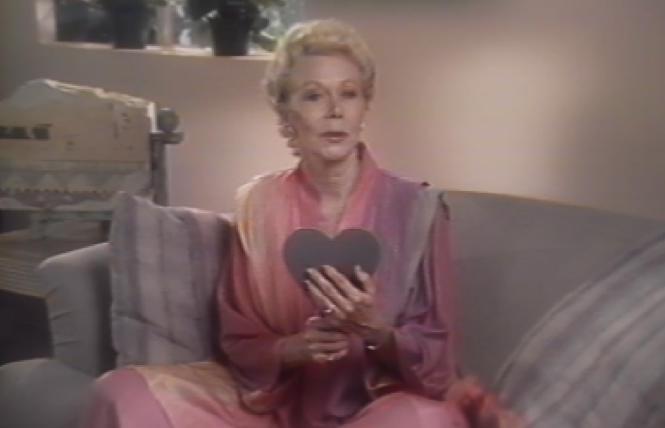 Louise Hay in archival video footage in 'Another Hayride'

She was called a heroic healer by some, while others considered her a fraud. A new short documentary explores the phenomenon of Louise Hays' popularity during the AIDS crisis.

Using all archival materials, director Matt Wolf takes viewers back to 1988 Los Angeles in Another Hayride, his 18-minute short film.

As the AIDS epidemic took hold in the early 1980s, self-help guru Louise Hay created a "spiritual boot camp" for healing called the Hayride. Her weekly meetings drew dozens, then hundreds of gay men who were dealing with the deadly pandemic.

As hope for life-saving medications would remain a long shot for years, Hay promised that they could overcome AIDS through self-love. Some said this early new age wellness movement was harmful quackery. Others who were suffering said that Louise healed them.

The archival footage includes gatherings where gay men have tearful admissions, a member of a musical opening act at Hay's gatherings, but unfortunately few subjects are identified. It includes Phil Donahue and Oprah Winfrey talk show excerpts with Hays as a guest, defending her movement, which included her book You Can Heal Your Life.

To be fair, Hays says twice in the short film, "I'm not a healer." Yet in another segment, Hay claims to have cured herself of cancer by absolving feelings of "not being good enough."

One of the talk show guests, Louie Nassaney, is included in an excerpted interview as saying that he 'healed himself of AIDS.' (The film does not note that Nassaney died in 1991.) 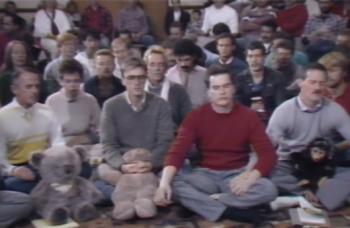 The film remains nonjudgmental, if not vague, and does not editorialize in its use of archival footage, but serves more as a time capsule of another era.

Another Hayride was produced by Polari Pictures and Park Pictures in association with The New York Times Op-Docs and American Documentary | POV.

Another Hayride premiers January 19, streaming on www.POV.org and the PBS app as well as on the