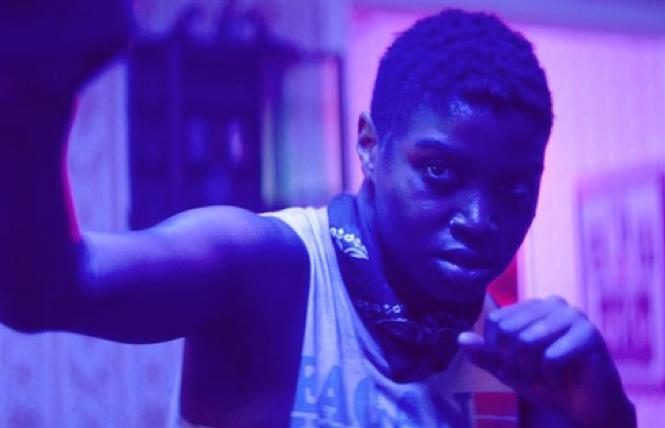 Named after gay art film director/artist Jean Cocteau's term for his 1949 festival of "Cursed Films," the second annual festival spans a wide range of narrative styles and streams January 12-24. The festival is free with registration.

With 125 works of cinema from 25 countries including films rarely —if ever— seen in festivals, the selected works address sociopolitical issues and taboo subject matters that challenge conventional artistic assumptions and sexual mores. 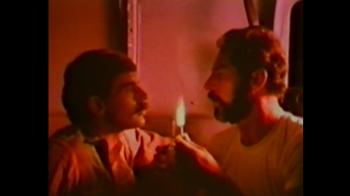 A standout in the 'Queer-ing Genre' program in Brock Cravy's Innocent Boy, which blends immigration, hustling and trans issues into the horror genre.

In new music-film projects, Jean Cocteau's Surrealist The Blood of a Poet will be streamed with a new music score by composer Sister Mantos, and Half Tongue Tribe performs a new score to Jean Genet's classic jail-erotica silent film Un Chant D'Amour. 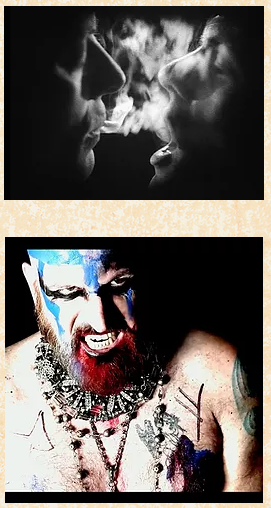 Genet's 'Un Chant D'Amour' (upper) gets a new score by Half Tongue Tribe.

Other unique offerings include the U.S. premieres of Mathius Marvellous Shop, a Spanish/German surrealistic satire; Kriya, a magical Indian thriller, and the Los Angeles premieres of Woman of the Photographs, a powerful Japanese film about image and reality for a beautiful model; The Columnist, a darkly comic horror film from The Netherlands; A Dark, Dark Man, the Kazakhstan/France thriller just long-listed for the Golden Globes; and Darkness (Buio) the first feature film by Donatello Award-winning director Emanuela Rossi.

"There is a connecting spirit to all of the works in Film Maudit 2.0, each selected to engage a different facet of the cinematic imagination," said Festival Artistic Director Patrick Kennelly in a press statement.

"These radical 'cinema-sations' are guaranteed to not just entertain, but to challenge the mind and shock the senses. The idea of the festival is changing and we see this as a positive development for independent filmmakers. We decided to really take advantage of this year's challenges and embrace the potential reach of the exciting new virtual frontier by creating an online experience that is very much an inclusive, interactive and engaged real-time festival experience."

Register, RSVP for free and start watching at https://watch.filmmaudit.org/filmmaudit