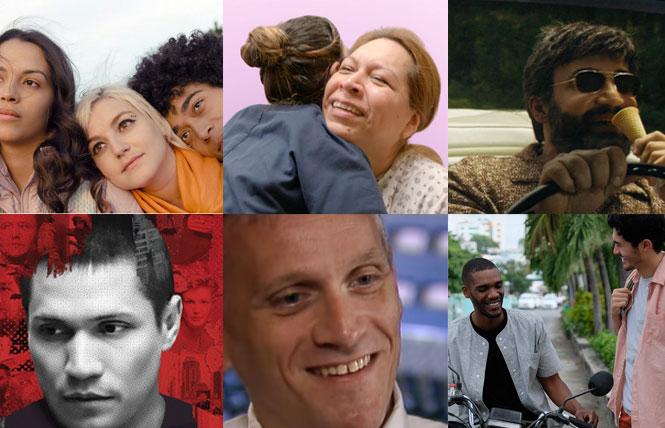 Partially due to the pandemic and the ensuing closure of movie theaters, 2020 will be remembered as the revolutionary year when streaming and video-on-demand services became central to Hollywood's business model. Thus a film's success will be judged less by revenue at the box office and more by pay/subscription channel's subscribers.

Even the Academy of Motion Picture Arts and Sciences announced that films could skip a theatrical release to be eligible for Oscar consideration. This new era not only erases the distinction between movies and television, but likely means fewer big-budget films (i.e. superhero) will be made, opening greater mainstream access to smaller indie/foreign features, composing the vast majority of queer releases.

2020 yielded a bumper crop of dynamite documentaries, which can be made more safely and cheaply than narrative films. Any list of top films of the year (almost all originally streamed) is subjective and biased, but here are my personal choices for the best LGBTQ movies of 2020. Happy 2021 and good riddance to 2020! Here are six of the year's best.

Alice Junior (Netflix). This Brazilian comic extravaganza, resembling a graphic novel come to life, revolves around trans teenager Alice, creator of a popular advice vlog, who due to her father's job, must relocate to a rural southern town and attend a strict Catholic high school where she is bullied by her classmates. She uses her ingenuity and sass to change the people and culture around her. A quirky lively film with eye-popping animation and catchy pop tunes, it revitalizes the usual teen comedy stereotypes and acts as an invigorating upbeat tonic for these morose days.

Born To Be (Kino Now; KinoLorber DVD). This poignant documentary charts the quiet revolution in transgender surgery occurring at Mt. Sinai Hospital in New York City. The star is straight surgeon Jess Ting, who has devised revolutionary improved procedures for facial feminization, vaginoplasty, and phalloplasty, so patients can look and live more fully as their intended gender.

However, the heart of the film are the five profiled patients as to why they opted to have surgery and their transformation post-op. There are few exhilarating moments in movies this year than non-binary Jordan waking up with tears of joy discovering they has a fully functioning penis. Essential viewing as to why gender affirming surgery helps many, but not all TGs, find their true selves.

When his homophobic father dies suddenly, Frank and Beth must return to their southern conservative hometown for the funeral. What elevates this heartbreaking movie above the run of the mill coming out story is how beautifully it recreates the two separate lives mentality of the early 1970s (family vs. liberated gay lifestyle), reminding us how excruciatingly difficult and brave it was to reveal publicly one's gayness.

The straight Paul Bettany gives a soaring bravura performance (as much as one wishes a gay actor had played the role), with Lillis and Macdissi not far behind, aided by the always marvelous Margo Martindale and Lois Smith as Frank's mother and aunt respectively.

While a bit clichéd and at times veering toward melodrama, Uncle Frank is still a charming winner that doesn't avoid the messy emotional self-loathing consequences of being closeted and alcoholic.

Welcome to Chechnya (HBO Max). Searing, chilling docu/expose of the purging/war via (electro)torture, beatings, and executions of LGBTQ people in Chechnya, spear-headed beginning in 2017 (and still continuing) by its Putin puppet leader Ramzan Kadyrov. Gay journalist/filmmaker David France in cinema verité mode centers on rescue activists, who run a shelter for endangered people and help terrified runaways escape to safe houses in Europe.

The brave star is Maxim Luponov, the first detainee to return to Russia and sue the Chechnyan government through the courts, publicly witnessing to the media about his ordeal. Luponov deserves to be voted LGBTQ Person of the Year. With this exceptional, urgent film, France (How To Survive a Plague, The Death and Life of Marsha P. Johnson) assumes the mantle as today's foremost queer documentarian of conscience.

Howard (Disney+) A magical tribute documentary commemorating the life and career of gay lyricist Howard Ashman, who together with his straight composer professional partner Alan Mencken, created the songs for the blockbuster animated film musicals The Little Mermaid, Beauty and the Beast, and Aladdin, winning two Oscars. Ashman brought a musical theater sensibility honed from Off-Broadway (Little Shop of Horrors) that revived Disney during its 1990s renaissance.

A demanding perfectionist, he worked until almost his last breath, dictating lyrics in a whisper over the phone on his deathbed, before succumbing to AIDS at age 40 in 1991. In a scene that will rip your heart out, Mencken describes dreaming about Ashman the same night he died. A deserved celebratory love letter underscoring how much creative artistry was lost during this previous pandemic.

Monsoon (Strand Releasing DVD). This sophomoric effort by director/screenwriter Hong Khaou, following his glorious Lilting (2014), is an incisive character study in melancholy and rootlessness as Vietnamese-American Kit (Henry Golding, Crazy Rich Asians) returns to his Saigon birthplace to scatter his deceased parent's ashes in a country he has tenuous connections at best.

Golding is wonderful, but again one wishes a gay actor had been given this plum role, especially in the scenes where he tenuously begins a relationship with an African-American entrepreneurial ex-patriate. The Vietnam War and its catastrophic consequences hovers over everyone in the film, but what could have been morose manages to convey a life-affirming spirit. An unexpected triumph. 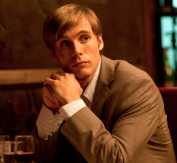