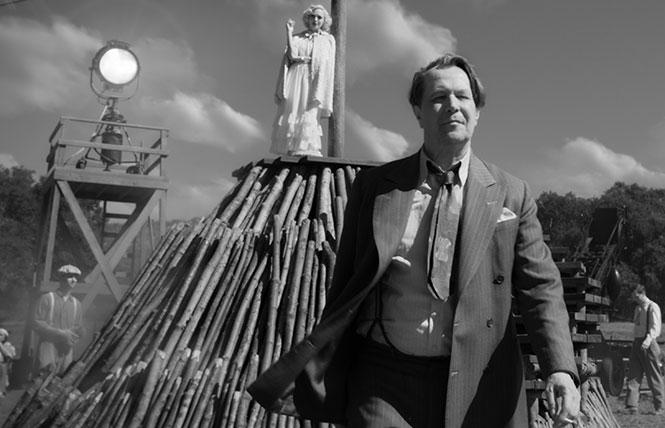 During this gloomy holiday season with an upsurge of Covid curtailing convivial celebrations, movie audiences might be seeking uplifting even inspirational entertainment, putting Mank, one of the most anticipated films of the year —now streaming on Netflix— at a distinct disadvantage.

Based on a screenplay written by his late father Jack, director David Fincher, in an overdue personal splashy return after 2014's Gone Girl, and celebrated for his psychological thrillers (Social Network, Zodiac), has taken a new career twist by focusing on the struggle of screenwriter Herman Mankiewicz to create his script for Citizen Kane in 1940.

This is no nostalgic love letter to the glamorous Golden Age of Hollywood, but a bumpy examination of the subtle cutthroat antics of an industry centered on money, power, and conformity at all costs.

Mankiewicz (1897-1953) was the journalist, critic, and playwright, who journeyed west in the late twenties, to write screenplays, but whose talents were also used to repair troubled scripts (i.e. The Wizard of Oz) usually uncredited. Known for his cynical wit, Mank (Gary Oldman) was the life of the party. Known for volleying sarcastic comeback lines, he became a prized guest at the Hollywood star-studded weekends at newspaper mogul William Randolph Hearst's San Simeon mansion/retreat. However, Mank was an alcoholic and gambling addict who could be alternatingly charming and obnoxious.

He starts a touching friendship with Hearst's mistress, actress Marion Davies (Amanda Seyfried), linked by their mutual feelings of being misunderstood, not taken seriously, and under-appreciated. Davies, a gifted comedienne known for her geniality and down-to-earth charm, was being forced into unsuitable dramatic roles by Hearst. The film meanders back and forth in flashbacks between when Mank first met Hearst (a courtly Charles Dance) and Marion, chronicling his deteriorating relationship with the former throughout the thirties. 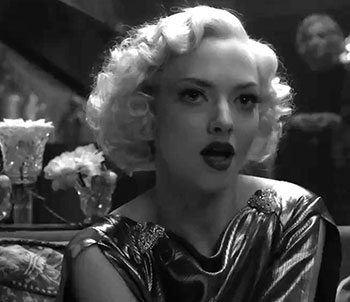 Citizen Kane is a scathing fictional film based on the aggressive career and personal life of Hearst. Mank attempts to answer why he self-sabotaged himself by betraying Hearst and Marion. Mank maintained he never meant to portray Marion as Kane's second wife, Susan, a talentless bored opera star, but audiences immediately connected Kane to Hearst and Marion to Susan, forever shattering their reputations.

Mank implies it was Hearst and MGM chief Louis B. Mayer's newsreel smear of muckraking socialist writer Upton Sinclair's campaign for California governor that soured Mank, a liberal who helped unionize Hollywood writers. Mank already felt ruined, so he wasn't intimidated by a vindictive Hearst or Marion's pleas not "to kick Pops when he's down." He recognized Kane would be his masterwork and for what he'd be most remembered.

The film begins with a bed-ridden Mank, having suffered injuries in a car accident, dictating the Kane script to his British assistant Susan (an insufficiently used Lily Collins) whose husband is fighting in World War II. Mank had been employed to write a screenplay for the 24-year-old "boy wonder" Orson Welles (Tom Burke), who'd been given carte blanche by RKO Pictures to produce/direct any movie he wanted with no studio interference. We aren't told why Welles wanted Mank, who by 1940 was a washed-up has-been in Hollywood. Welles' appearances in Mank are minimal, mainly to keep Mank dry and urge him to finish the script within 60 days.

Zigzagging
When he signed with Netflix, Fincher, similar to Welles, was allowed to pursue his dream project, his father's script having languished in studio limbo for years. To counterbalance the internalizing writing process, continual flashbacks return to Mank's Hollywood heyday, introduced by his notorious telegram to fellow writer Ben Hecht: "Millions are to be grabbed out here and your only competition is idiots." This zigzagging accelerates to dizzying speed as the film progresses, often interrupting the flow of scenes and jumbling the chronology. 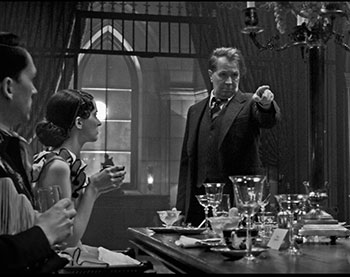 Towards the end of Mank, there's an arcane discussion of who deserves more credit for the script: Mank or Welles. Research has shown that while Mank wrote the early drafts, Welles edited and added sections, so in the only Oscar Kane won for Best Original Screenplay, Mank and Welles collaboratively shared the award, rendering the issue moot.

The film succeeds better at showing the corrupt dirty side underneath the glossy dream factory, with dictatorial studio heads cutting costs while wringing every last ounce of talent before discarding "family" members. Fincher sees Mank as a flawed hero bucking the system, yet he benefited from and trampled it to achieve his greatest success.

Oldman, at 62, is too old to play a man in his 30s/early 40s, though Mank is such a prematurely-aged physical wreck we can accept the artifice. Oldman's stellar comic timing helps him deliver scathing bon mots with caustic élan.

But the real revelation is Seyfried, known previously for her comic caricatures in Mean Girls and Mamma Mia. Exhibiting warmth and cunning, she is incandescent as Marion, almost glowing from within. She's so sensational in her few appearances, the film sags when she's off-screen. Early prognosticators have Seyfried as a lock for the Best Supporting Actress Oscar and it's easy to see why. Burke's fine as Welles, but cannot compare to Christian McKay's definitive portrayal in Richard Linklater's Me and Orson Welles.

One might wonder who the intended audience is for this movie. Certainly lovers of Hollywood's zenith, cinephiles of old films, and Citizen Kane/Orson Welles fans, will relish Mank. But at more than two hours, the film is overly drawn out, cerebral, and talky with long speeches (though the too-few scenes of sparkling rapid-fire dialogue are reminiscent of a '30s screwball comedy) will be a hard sell to average audiences.

Still, with its masterful acting from top to bottom and extraordinary technical craftsmanship, Mank, despite its weaknesses, still ranks as one of the year's noteworthy films. With its silky black and white cinematography (Erik Messerschmidt) and breathtaking production design (Donald Graham Burt), Mank resembles a luxurious 1930s film itself. Perhaps its finest achievement will be to encourage a new generation to see Citizen Kane for the first time, and for seasoned viewers to watch it again from Mank's perspective.