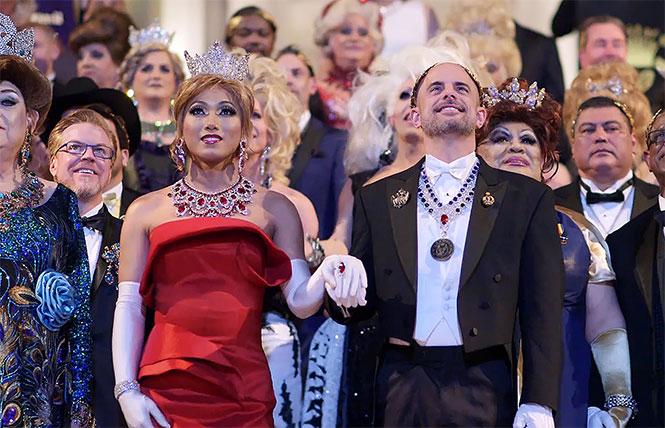 Gorgeous gowns and jewels are on display throughout much of 50 Years of Fabulous, Jethro Patalinghug's stirring documentary about the half-century history of the Imperial Council of San Francisco. But Patalinghug offers much more than just a drag show. 50 Years also pays tribute to the late Jose Julio Sarria (1922-2013), the drag queen who founded the Council. At a time when coming out was not yet safe, Sarria lived his authentic self, helping to pave the way for the community we have today.

The film couldn't come at a better time. With LGBTQ rights under attack from the Trump administration, 50 Years reminds us not only of how far we've come, but how fragile it all is. At one point during the film young LGBT people on the street are asked if they've ever heard of the Imperial Council; they have not. They have no idea of the hard fought battles that now make it possible for them to sit in a gay bar without fear of harassment. Nor are they aware of the Council's rich history of raising critically needed funds for charities like the AIDS Emergency Fund or the Breast Cancer Emergency Fund, organizations which have helped people who are ill pay their rent.

The film is a call for LGBTQ people to stand together. Viewers are reminded during the film that many LGBTQ people have been rejected by their families. For some, their fellow Council members become their family. 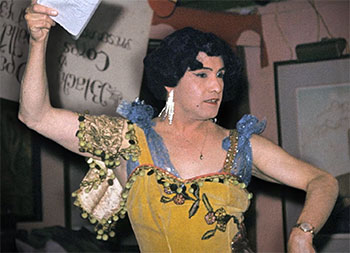 José Sarria at The Black Cat.

"United we stand, or divided they'll catch us one by one," Sarria himself says in archival interview footage.

50 Years of Fabulous may also bring a tear to the eyes of long time readers of the Bay Area Reporter. Early on in the proceedings there is archival footage from 1990 of the crowning of Marlena, Empress 25, and Simeon, Emperor 18. Crowning them are Empress 1, Jose, and Emperor 1, Marcus. Marcus was Marcus Hernandez, who for decades was the B.A.R.'s leather columnist. B.A.R. cofounder Bob Ross served as Emperor VII.

History, Jose's story
The film goes back to the beginning. In the late 1940s, through the 1960s, gay bars were regularly raided by the police. Patrons were routinely arrested.

"People who were rounded up in those raids would have their names on the front page of the daily newspapers," recalls openly gay former California State Senator Mark Leno. "To shame them. To keep us in the closet. It was a very tyrannical time."

But Sarria was undaunted. Starting in the 1950s he performed in drag at The Black Cat Cafe, a "bohemian" bar and nightclub in North Beach. In 1961 he ran for Board of Supervisors, the first openly gay candidate to run for public office in the history of the United States. He didn't win, but he surprised many people by garnering nearly 6000 votes. Never again could anyone run for office in San Francisco without knocking on the door of the gay community. A corner had been turned, according to Leno. In 1964, Life magazine ran a feature called 'Homosexuality in America,' declaring San Francisco to be the country's gay capital. 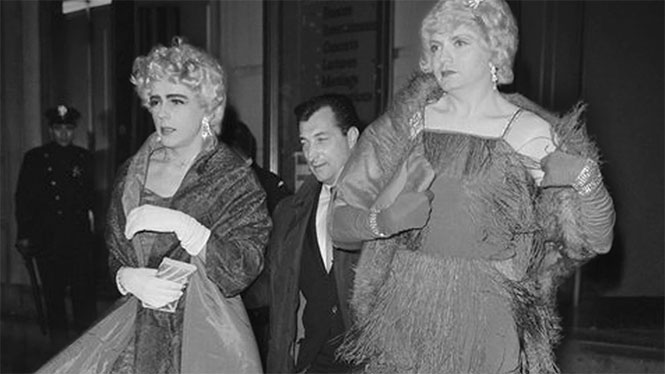 The film follows the many historic events that took place during that era, including the formation of the Tavern Guild, the first coalition of gay business owners. In 1965 the Guild held a ball, crowning Sarria the Queen of the Ball.

But since he already considered himself a queen, Sarria proclaimed himself to be Empress Jose Norton I, modeling himself after Joshua Abraham Norton, an eccentric San Francisco character who declared himself Emperor in 1858.

50 Years of Fabulous recalls the full half-century history of the Imperial Council, including the Council's involvement in political issues. The Council involved itself in the fight to defeat Proposition 6 during the 1970s. In 1978 California State Senator John Briggs was the force behind the homophobic proposition, which would have mandated the firing of all gay and lesbian schoolteachers. The Imperial Council raised money and volunteered for the anti-6 campaign. On November 7, 1978, Proposition 6 failed to pass.

As the film recounts, the court was also involved in the fight against AIDS, raising money during the peak years of the plague, stepping in to help during a time when the government refused to do anything about the crisis, a time when the president, Reagan, wouldn't even say the word AIDS. 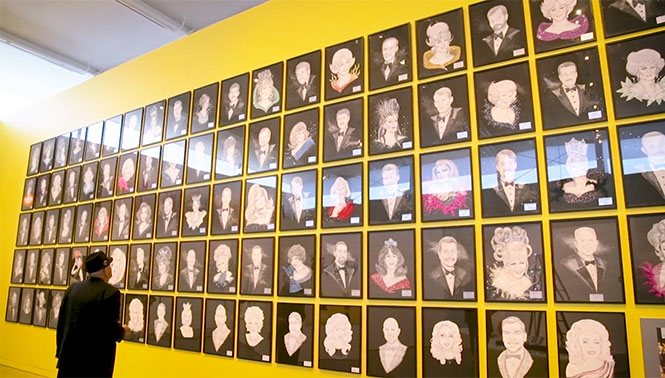 Empress Marlena as she stands before a photo gallery of every Empress and Emperor at the Oakland Museum's recent exhibit.

There's plenty of glamour on hand, but the film is so much more. It's a breathtaking history of an organization that has given so much to the community.

"To have this history here, I could cry right now," says the Empress Marlena as she stands before a photo gallery of every Empress and Emperor who has ever served. "No other city has this. How astonishing it is to look at this wall. It represents for me unity, pride, knowing that all of these people dedicated much of their life to help us."

When asked what she thought the role of the Imperial Council was in the history of the LGBT community, Marlena replied: "I think it opened doors. It's helped people become themselves. The LGBT community has grown rapidly, and it's because of people like these. There's so much wonderful history here, it's breathtaking."

Some viewers may very well shed a tear along with Marlena.