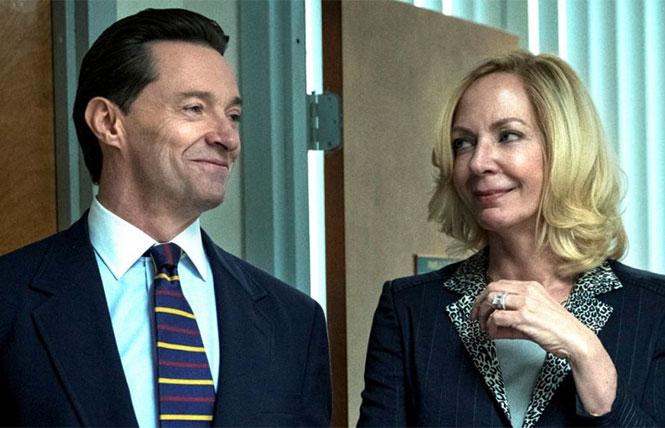 During these COVID-19/racial disparity times, one of the questions asked is how true are we being to the ideals enshrined in the Declaration of Independence, or is it a front for inequality to preserve white/middle-class privilege?

Based on a true story adapted from a New York magazine article by Robert Kolker about a $11 million embezzlement scheme in Roslyn, New York (on Long Island) in the early 2000s, it became the largest public school theft in American history. Fortunately rather than focusing on the mind-numbing complex numerical details of the scam, director Cory Findley (Thoroughbreds) and screenwriter Mike Makowsky (a seventh-grade student in Roslyn during the scandal) have judiciously explored the professional and personal lives of the two main culprits: the charismatic, sociopathic Superintendent Frank Tassone (Hugh Jackman) and his cunning assistant Pam Gluckin (Allison Janney). 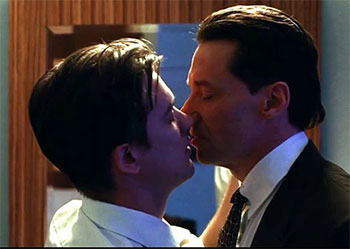 It's 2002, and with the brilliant Tassone at the helm, Roslyn High School is rated number 4 in the nation and is gunning for number 1 by adding an $8 million skywalk to the campus, making it easier for students to get to and from classes. Roslyn's ascent has led aspiring well-to-do families into enrolling their children in the district's schools, so they can attend prestigious/Ivy League colleges.

Tassone's success is built on slick people-pleasing skills, inspiring students to excellence with a go-getter spirit. Tassone exemplifies that impulse by driving a Mercedes, wearing Canali suits, maintaining his youthful good looks with Botox cosmetic surgery, and first-class Concorde Jet vacations, all paid for by misappropriated district funds. This flagrant misuse of taxpayer money has been covered up through creative bookkeeping by Gluckin, who has fraudulently reimbursed herself with two huge homes and set up family members on the district's payroll.

Tassone fends off advances from amorous mothers, claiming he still hasn't recovered from the death of his wife (invented) years ago, but is actually a closeted gay man who has a 33-year domestic partnership with Tom Tuggiero (Stephen Spinella, Angels in America) in Manhattan. During a Las Vegas school convention he begins a relationship with a former Roslyn student now exotic dancer/bartender Kyle Contreras (Rafael Casal). 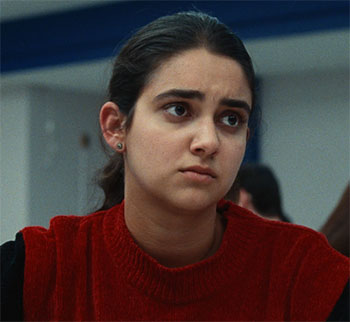 Meanwhile, during a routine interview with student newspaper reporter Rachel Bhargava (Geraldine Viswanathan) about the skywalk boondoggle, Tassone inadvertently, Frankenstein-like, creates his own downfall by challenging her to write a more in-depth article. "It's only a puff piece if you let it be a puff piece."

She is skeptical about the skywalk since the school's ceilings are constantly leaking and other physical repairs remain unfixed. In her investigations, she will discover huge consulting fees paid to nonexistent companies (including Tuggiero's address and Gluckin's husband's car dealership) and unfulfilled shipping orders. Gluckin's crooked district expense credit card is used by her niece for personal expenses and her son to pay for construction materials to foot her home renovations.

A relative of school board President Bob Spicer (Ray Romano) alerts him to the abuse and he confronts Gluckin with her misuse of at least $250,000 public funds. The board wants to go to the police about the crime, but Tassone, in personal damage control, persuades them to cover up the scandal, as it would have a devastating effect on the school's reputation, scholastic achievements, and the town's skyrocketing property values. Gluckin is forced to resign under cover of a false medical retirement and pay restitution for what she stole.

However, Bhargava publishes her story in the school newspaper, implicating Tassone's prime role in the embezzlement scheme. Gluckin is arrested. To avoid her family being prosecuted, she agrees to testify against Tassone. He resigns, fleeing to Las Vegas to live with Kyle in the house he bought for him, where he will be arrested. The resulting trial complete with an epilogue postscript about Tassone delivers the stunning farcical conclusion. 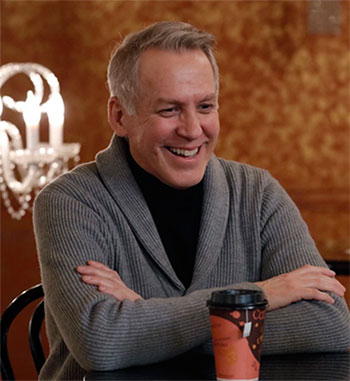 This sordid tale is about the masks we wear and the image we project to others, a theme familiar to LGBTQ people. Tassone's facade of perfection is built on secrets and lies to justify his actions as entitlements for a hardworking job well done. He hides both his gayness and insecurities —as well as an underlying need for love and belonging— to project an appearance of success built on hubris and vanity.

Tassone's ruse was abetted by the school community who looked the other way (how could administrators afford such extravagant amenities?) to preserve their own reputations and upper-middle-class lifestyle. The film is an indictment of white privilege complicit in the con to maintain this veneer of false status and corrupt moral values at any cost.

Hugh Jackman gives a career peak performance, trading in on his attractive, charming, seductive personality to act against his usual nice guy roles. Jackman rose to fame playing the gay composer Peter Allen in the Broadway musical Boy from Oz and has vigorously denied for years rumors of being gay, which undoubtedly informed his portrayal of the closeted Tassone (though the real Tassone claims he was openly gay and his long-term husband —today still together as a couple— knew about his relationship with Kyle).

Allison Janney, after her Oscar in I, Tonya, continues to perfect her scheming low-life characters, including a spot-on Long Island accent, and like Jackman, should have been nominated for an Emmy. Romano, pursuing his transformation from comedian to character actor, is terrific as Spicer, while Viswanathan scores a home run in her debut.

Bad Education is one of the finest movies of the year, showcasing how this breach of public trust (reminiscent of 2019's parental college admissions scandal) and embroilment in a culture of greed by our educational institutions, signifies their potential downfall to the nation's detriment.

Best movies of the year, 2018
The year of too many movies