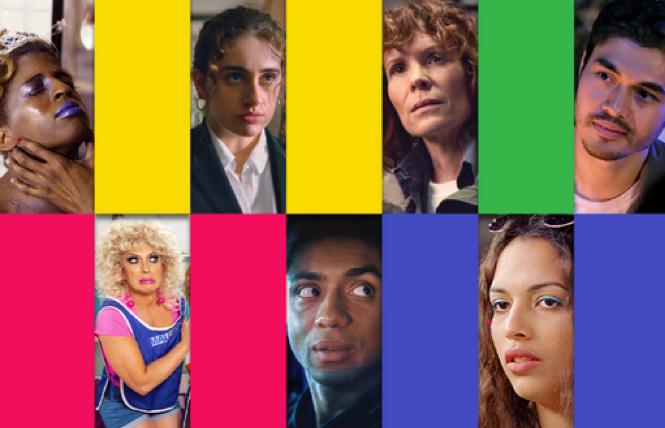 Kicking off with a high-flying drag satire, Frameline44, the SF International LGBTQ+ Film Festival, will screen 77 films from 24 countries in a wide array of genres, from features and documentaries to short subjects, animated films, and a bevy of artist Q&As online, with a special outdoor drive-in movie screening in the East Bay.

With eleven days of screenings, including 18 premieres, viewers can purchase individual tickets from $8 or get a full festival pass starting at $250. Live streaming or archived films can be seen online during the festival dates.

"Although we are not able to gather in person, the need to be inspired, and to share one another's stories of LGBTQ+ lives around the globe, is even more palpable," said Paul Struthers, Frameline Director of Exhibition & Programming, in a press statement. "Representing 25 countries from around the world, this year's lineup touches on a variety of themes, including the urgency of Black Lives Matter, all with one goal in mind—to celebrate the power of queer storytelling."

Closer to home, i.e. your computer of TV screen, Brazilian director Gil Baroni's Alice Júnior marks another festival centerpiece, and a Bay Area premiere. The experience of a trans teenager who moves from a beachside lifestyle and online celebrity status to the harsh cruelties at a Catholic school in a conservative rural town. 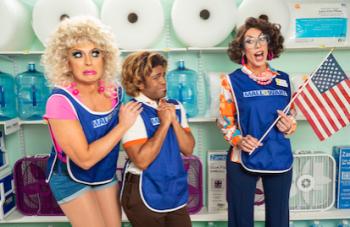 Other centerpiece features include Ali LeRoi's timely The Obituary of Tunde Johnson, about a gay Black teen who relives his death at the hands of murderous cops. Through the Glass Darkly, Lauren Fash's tense psychological thriller, is set in a small Georgia town, and stars Robyn Lively (Teen Witch, Twin Peaks).

Other U.S. features include Cowboys, with Steve Zahn playing the father of a trans teen (Sasha Knight), and their adventures while trekking to Canada. Cicada brings writer-director-star Matthew Fifer into intimate confessions with a handsome New York hook-up. Set in San Francisco, Amy Glazer's Beautiful Dreamer follows a group of friends dealing with a wedding, a baby surrogacy and family interactions.

Two Jewish-themed films, Minyan (Eric Steel) and Shiva Baby (Emma Seligman), tell of a 1980s Brooklyn gay teen's coming of age, and a bisexual post-grad who gets into a series of funny awkward encounters.

Bringing the 'International' to the screen, German, Brazilian, Australian and Chilean films mark only a few of the features to choose from. Dry Wind (Vento Seco) pairs a handsome pair of men in a sexually-charged romance. 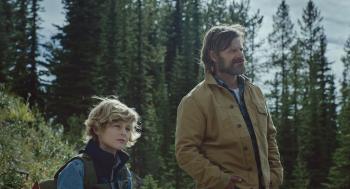 Family definitions become challenged in the Italian drama The Goddess of Fortune (La Dea Fortuna), about a gay couple who have care for an ex's teenage kids, and in the English/Vietnamese Monsoon, where a young man returns to Saigon for a funeral, then sparks a romance with an ex-pat.

Immigration and homeland estrangement weave through No Hard Feelings, director Faraz Sharlat's autobiographical story of being German-Iranian. Max Curry's New Zealand feature Rurangi marks a cinematic first, with a trans actor and character returning to their Maori family amid a family farm crisis. 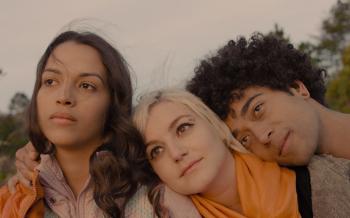 In a partnership with HBO, Frameline with also screen two episodes of the docu-drama series Equal. Produced by a stellar array of Oscar and Emmy-winning movie and TV talents, the episodes will cover the 1966 SF Compton's Cafeteria uprising, and dramatized portraits of early activists Lorraine Hansberry, Bayard Rustin and José Sarria.

Short film programs have long been a popular favorite with Frameline patrons. They not only bring succinct stories to the screen, but also give fledgling filmmakers a first look at their talents.

Animated films; we're drawn to them! But animation these days includes a variety of dazzling technologies. Works from Hawaii, Wales, France, Brazil, China and the U.S. include a diverse array of topics.

The Bi Candy Program brings bisexuality onto the screen in comic and even musical genres.

Enby Love: Non-Binary Shorts not only represents gender fluidity, but unusual stories of a fencing team (Parry Reposte), an artist enduring office life (2 Dollars), a visit to a gynecologist (These Thems), and a trans teen fairy tale (MY Brother Is a Mermaid).

The International Short Drama program focuses on repression and liberation around the world, with Tribunal (a gay Afghan asylum seeker), Babydyke (a Danish girl with a crush), The Edge (pizza delivery becomes a rooftop refuge) and the Spanish inter-generational Encounter.

Bay Area filmmakers get their limelight in the homegrown program. Black Oakland teenagers fight to make art in Nico Opper and Shannon St. Aubin's When I Write It. Lavender Panthers cofounder Rev. Raymond Broshears' story is told in That Was Ray. Queer skateboarders, including US Olympic Skateboarding team member Leo Baker, are featured in Carving Space.

'The Obituary of Tunde Johnson'

Anna Kuperberg documents her cancer-stricken partner's fate in the touching Eleven Weeks, while Brett Thomas pieces together the mid-80s AIDS epidemic via a collection of found footage in I'll Cry Tomorrow.

Other programs include Realness & Revelations, with works about queer and trans lives in Canada, Pakistan, Nigeria, and Puerto Rico. The Up Close & Personal lineup covers queer musicians, migrants and survivors of Argentina dictatorships.

A September 26 virtual gala and live auction rounds out the second-to-last day of programming with celebrities, performances, and a tempting array of auction items.

"Frameline remains the largest virtual LGBTQ+ film festival in the world," said James Woolley, Frameline Executive Director in a press statement. "As trailblazers in the industry for over four decades, Frameline continues raising the bar through virtual and interactive programming ensuring important LGBTQ+ stories are being told to a wider audience. Building on the success of our virtual Pride Showcase in June, we have assembled a lineup of films that promise to engage, inspire, and entertain film lovers across California."

To view the full schedule and purchase tickets, visit www.frameline.org.