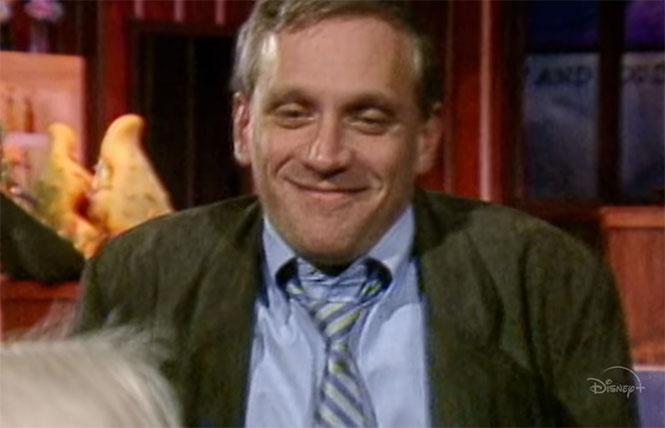 Howard Ashman, lyricist for songs in Disney's 'The Little Mermaid, Beauty and the Beast,' and 'Aladdin.'

Howard, the new documentary on the life and career of gay lyricist Howard Ashman, which began streaming on Disney+ August 7, is almost at times unbearable to watch, especially in the final third section, when you see the inevitable heart-wrenching AIDS conclusion coming, yet you are hoping somehow miraculously there will be a different ending.

But the inescapable gloomy finale in no way dampens this magical film, an overdue celebratory love letter to the 2001 recipient of Disney's Legend award. In this 40th anniversary of the onset of AIDS, Howard underscores the crushing irreplaceable losses incurred because of that pandemic, while reminding us of the extraordinary talent visited upon us, however briefly, for which audiences remain grateful three decades later.

'The Little Mermaid,' 'Beauty and the Beast,' and 'Aladdin'

Ashman (1950-1991) wrote the words (alongside his professional straight partner Alan Mencken, the music) for the Disney film musicals, The Little Mermaid, Beauty and the Beast, and Aladdin, which were key components to the Disney Renaissance (1989-1999) that revived the studio's languishing animation division to produce critically as well as commercially successful movies much as the studio had generated during the golden age of its founder Walt Disney.

With Ashman confessing his knack "for musicalizing his laundry list," his prodigious aptitude was apparent from his Baltimore beginnings, as his younger sister, Sarah Gillespie, reminisces about inviting her into his own homespun staged childhood fantasies, creating a sumptuous glittering world (complete with used bedspreads/curtains) that enraptured her.

He attended Boston University, Goddard University, and graduate work at Indiana University in playwriting, meeting flamboyant fellow student Stuart White, who became his lover. They later moved to New York and founded their own theatrical company, with White directing. 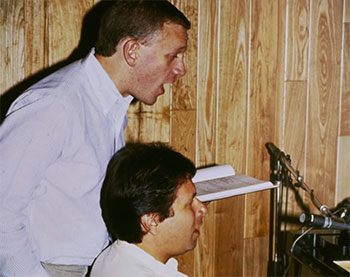 Eventually, they parted as Ashman sought domesticity while White wanted to be more sexually adventurous in the hedonistic 1970s. White became an early AIDS fatality, with the film strongly insinuating him as the one who infected Ashman.

Through a mutual acquaintance, Ashman met Mencken and they formed a team with Ashman discovering his flair for writing song lyrics. They wrote a musical based on Kurt Vonnegut's novel God Bless You Mr. Rosewater and then adapted the Roger Corman horror spoof cult feature, Little Shop of Horrors, into a huge hit off-Broadway, which was later spun into a film.

During this period Ashman met Bill Lauch, an architect, his eventual life partner. Ashman's newfound success led to him working with famed composer Marvin Hamlisch to refashion the 1975 beauty pageant movie Smile into a musical, but it critically bombed, devastating him.

A whole new world
Looking for new career avenues, Ashman's friend David Geffen, who had produced Little Shop, told Jeffrey Katzenberg, chairman of Disney Studios, about him. Katzenberg enticed him and Mencken to work in Hollywood. Ashman realized that animation might be the last vehicle to perform Broadway-like musicals on film. His first project became the blockbuster The Little Mermaid, which single-handedly resurrected Disney animation.

One of the strengths of Howard is its honesty in discussing Ashman's virtues and flaws. Bringing along his musical theater sensibility, he tutored younger animators how to drive the plot forward through song and use it to develop characters (especially villains). 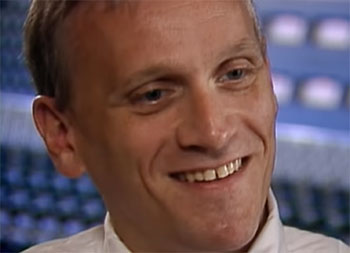 Howard Ashman in a sound studio.

He also imported Broadway actors who sing, preferring them to singers who could act. He taught his cast how to phrase his carefully constructed words. Some of the highlights of the film are sequences with Ashman advising Jodi Benson as the voice of Ariel in Mermaid, Paige O'Hara as Belle in Beauty and the Beast as well as coaching Angela Lansbury and Jerry Orbach in the same film.

Negatively, Ashman could be intimidating, demanding, combative, and overly striving for perfection. He had a huge battle (almost being fired) with Katzenberg over the song "Part of Your World" in The Little Mermaid (what became the standard 'I want/dream' track in every future Disney musical), who said it was too slow. He wanted to scrap it, but Ashman doggedly fought for it, with Katzenberg later admitting it was one of the film's pinnacles.

On receiving their Best Song Oscar for Mermaid, Ashman told Mencken what he'd known for a year, that he'd contracted AIDS. Ashman feared for his job if anyone at the family-friendly studio knew the truth, worrying they might cancel his health insurance.

At first his Beauty and the Beast co-workers thought him temperamental as they journeyed cross-country with their storyboards to Ashman's upstate New York home (designed and built by Lauch), unaware he was too ill to travel.

For years he had endured IV treatments through a chest catheter while participating in press film junkets and promotional events. Ashman was writing songs almost until his last breath, dictating Aladdin lyrics over the phone in a whisper despite being blind and weighing only 80 pounds.

In a scene that will rip your heart out, Mencken describes dreaming about Ashman the night he died. He posthumously won another Oscar for Beauty and the Beast, becoming the first PWA to be so awarded, but sadly didn't live to see the final versions of that masterpiece (the first animated film to be nominated for Best Picture) or Aladdin.

However, his songs —suffused with emotion, imagination, and empathy— endure in their live action versions and his influence has been compared to Walt Disney himself. Disney+ has redeemed itself after the Love, Victor debacle (selling it to Hulu when fearful the tepid gay content was too racy for its straight family audiences).

Howard gives LGBTQ viewers a gift, though for all its enchantments, one can't help wondering about the many songs we might be singing today if Ashman hadn't died at his artistic peak in 1991.