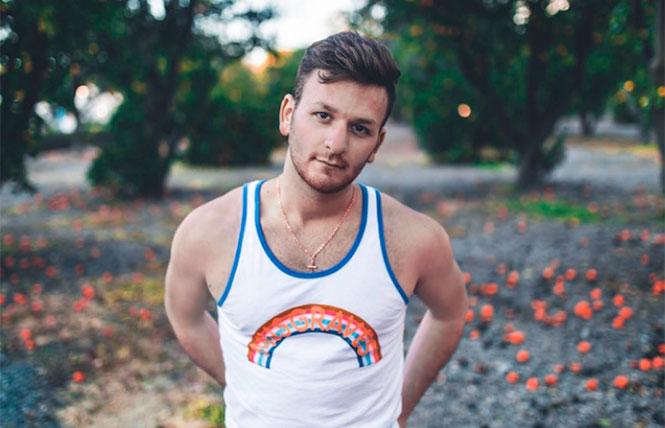 Fame came early for Brian Falduto. At the tender age of 11 he was cast as Billy, aka Fancy Pants, the gay kid in the film School of Rock. It was his first film and it made him a bit of an icon in the LGBTQ community. Falduto didn't stick with acting. He walked away from the bright lights of Hollywood to do what he calls "the normal high school thing." But performing remained in his blood, and so Falduto majored in theater during college.

Falduto is now back in the limelight, albeit in a very different way. He's an LGBTQ life coach, working with individuals, helping them to love themselves by teaching them how to share their stories. He's also a country singer and has just released his latest song.

In "God Loves Me Too," Falduto sings plaintively about discovering his spirituality and coming to realize that yes, God does indeed love His LGBTQ children. The song was inspired in part by his experiences growing up in the church. "God Loves Me Too" has become the official theme song of Beloved Arise, an organization which supports and celebrates LGBTQ youth of faith.

Falduto is once again attracting attention. He was recently named by PrideLife Magazine as "one of the 20 most influential, outspoken and optimistic individuals on the planet." He spoke to the Bay Area Reporter about how he remains optimistic in the midst of a pandemic and the social unrest that the country is now facing.

"There's also a lot of positivity to be found, if you look for it," he said. "It's easy to drown in all the terrible things going on, because there are a lot of them. But a lot of the things that are happening now are in the service of change. You can look at it as people finally speaking up and listening. I'm still trying to wrap my head around everything's that's happened, but I do try and brew a lot of internal positivity so I can carry that with me."

He doesn't think that he'll make much of a difference if he carries negative energy. As he recalls, Falduto spent a lot of time battling internal and external homophobia.

"I'd had a public upbringing as the gay kid from School of Rock, and that was hard for me to deal with at a young age," he said. "And as I grew up, that manifested into a toxic relationship with myself and with other people. I really didn't recognize my worth and I was not really proud of who I was and was actually feeling out of touch with who I was. I hit rock bottom, and from that moment on I started to do all this work on myself where I can improve my relationship with myself, which is my proudest accomplishment to this date." 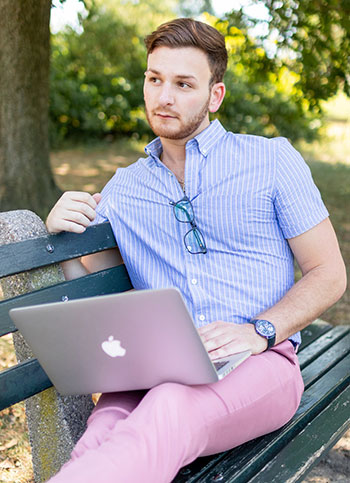 Falduto now loves himself fully and carries his positivity with him wherever he goes.

"I got really curious about how one goes about doing that," he said. "As I was doing that for myself I was thinking, 'What does this look like for other people?' And I got really obsessed with the inner work process of what goes into a better relationship with yourself. I made that my passion, my calling, so that's what I do. I help other people improve the stories that they're telling themselves about themselves, about the world. Anything that's getting in the way of thing that they want, essentially."

Coaching techniques
Falduto's coaching is tailored to fit the needs of each client.

"I try to meet the person where they're at and walk with them from there," he said. "It makes the process different for each client. There's really no one band-aid fixes all. A lot of it is making them feel seen, heard and validated in the narrative that they're experiencing, and then we slowly start to question the narrative to see if they're actually true to who they are and who they could be. And often involves replacing that statement with something that's a little more empowering or a little more self serving that is different from what they were raised on."

For Falduto, making music is his way of getting his own truth out. His songwriting enables him to find his voice and to cultivate a better relationship with himself.

"What am I actually feeling?", he asks. "Forget about what everyone else has always told me to feel. How do I feel about things? I kind of validated my own experience through music. And music is a cool way of doing that, because you can say things without saying them, in a catchy lyric, or hidden somewhere in the melody. It was also validating because I wrote these words to songs, and then I sang them, and people were like 'oh my God, I feel the same way', and it kind of let me know that I wasn't completely alone in how I felt about things."

Falduto finds that music is a great way of reaching out and connecting with people, which is also what he does with his coaching.

"Religion remains one of the hardest topics for LGBTQ youth to navigate," he said. "I definitely struggled with that in church, I went to a private school and no one ever said it to my face, but there was always this rumor that I was a sin,
so I wanted to be clear with my songs that I've discovered that that's not the truth." 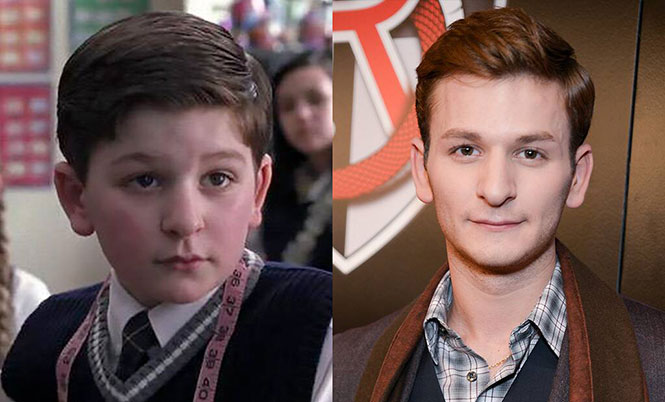 In 2003, when he made School of Rock, there wasn't much LGBTQ representation on the screen. He found that playing a flamboyant gay character at such a young age was a burden he couldn't carry, but he now views the experience as a blessing. These days, having been in the film helps him to market himself.

"It's a conversation piece," he said. "And I also feel like I'm making up for lost time in a lot of ways because I denied that experience for sixteen years, and I missed the opportunity to connect with people who recognized themselves in me on screen."

He now gets messages from people his age —Falduto is 27— who saw the film back then and tell him what the film meant to them.

"I feel that I don't mind reemerging as the gay kid from School of Rock because I'm getting the chance to reclaim that as not something to be ashamed of," he said.

Back to School
The actual experience of shooting the film was something that the 11-year-old Falduto loved. It made him feel like a star. He remains good friends with Jack Black, the film's top-billed star. Black is one of the people who funded the just-released video for "God Loves Me Too."

When he writes songs always shares what he calls "authentic storytelling."

"'God Loves Me Too' is a very specific example of a story song that really tells my experience of growing up in the church," he said. "So that's what I mean by authentic storytelling, by thinking back on what's true for me and sharing that because if it's something truthful it will probably resonate with someone else."

When he's coaching, Falduto likes to have fun with his clients. Sessions are usually fifty minutes long and are mainly conducted over the phone. Falduto typically opens by asking the client what they want to get out of the session.
"I really just try to meet people where they're at," he said. "Coaching is very forward-moving. It's all about goals, so we always need to go back to what the goal is. Coaching is like: 'You want something, let's go get it. Let's get the things out of the way that are in front of it, and let's go after the thing that you want."

Though he has straight clients, Falduto works mainly with LGBTQ people in their twenties.

"My goal is to have more people feel comfortable and free of shame earlier on," he said. "I don't think it needs to be a conversation that waits until we're thirty."

And as for his future plans?

"I'd like to continue just being open to experience being here with the present moment and using that to fuel my artistry and my coaching," he said. "Which I know sounds like such a cheesy answer, but that is the goal. Obviously I want to get a GLAAD award, and I want to play a stadium, but I think, more than any of that, my most authentic music comes from me being in the now. My best coaching comes from really listening and being present to what's in front of me. So I just want to continue doing that and being open to whatever that brings."

To contact Falduto about a coaching session, or for more info on his music, please visit www.brianfalduto.com 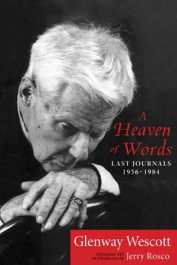