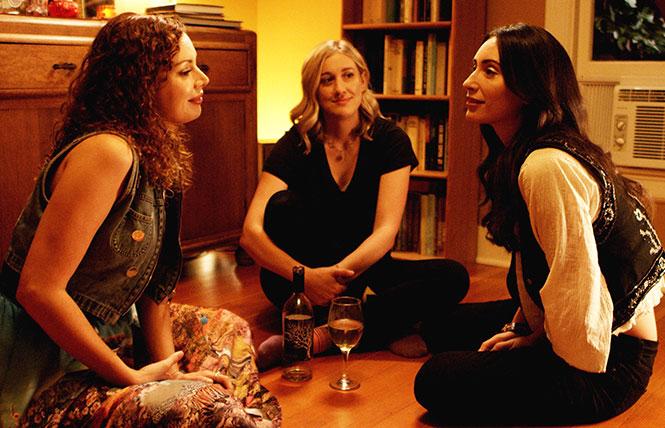 Lesbian filmmaker Wendy Jo Carlton seems to have a thing for intimate, almost stagey movies. Her 2009 film adaptation of midwestern playwright Claudia Allen's dull Hannah Free is a perfect example, as is the somewhat better 2011 follow-up Jamie and Jessie Are Not Together. Her latest, Good Kisser (Wolfe), also fits into that mold. 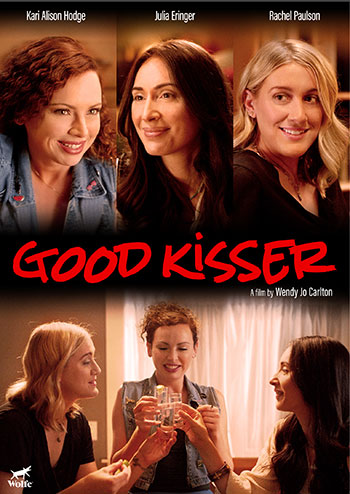 A millennial lesbian couple in Seattle, aspiring novelist Jenna (Kari Alison Hodge) and realtor Kate (Rachel Paulson, half-sister of out actress Sarah Paulson) are in an Uber driven by Yuka (Courtney McCullough), on their way to a menage-a-trois with the exotic Mia (Julia Eringer). Of the two, Jenna is more visibly nervous. Mia recognizes this in Jenna instantly and puts her at ease by saying that they can all change their minds if they want.

"We're all in or we're not," she tells the couple who have been together for less than two years.

It's immediately obvious that this was Kate's idea; she's way into Mia. Jenna, on the other hand, secretly pops half a pill for the anxiety. She's chatty and makes an effort to get to know Mia, which frustrates Kate as she wants to get down to business. The fact that Mia and Jenna are getting along also sets her off.

More than half of the movie is dedicated to foreplay and distraction. Drinks are drunk, games are played, stories are told. Jenna takes a break in Mia's backyard where she encounters Mia's neighbor Clark (Carter Rodriguez) and his dog Jingles. Clark is a cryptic bean-spiller, so it's important to pay attention to what he says in his conversations with Jenna.

Eventually the trio makes it into Mia's bed. The sex scenes, even the one involving the lime popsicles, are tastefully handled. Shortly thereafter. however, Jenna wises up and begins to put the pieces together. After a series of revelations, one obvious, one less so, Jenna calls it a night and calls an Uber. Wouldn't you know it? Yuka is her driver again! You can probably guess where it goes from there.

DVD bonus features include interviews with the lead actresses and more. Rating: C 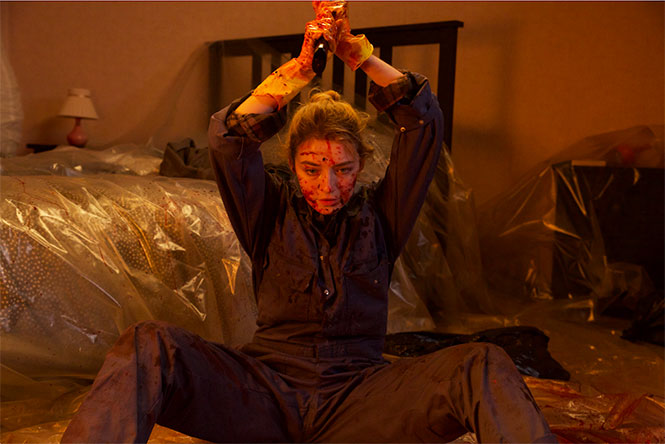 Sarah Bogler in A Good Woman is Hard to Find.

Hard horror?
Not for those with a weak constitution and not a horror movie in the traditional sense, A Good Woman is Hard to Find (Film Movement) will horrify some viewers while it may have others cheering the revenge fantasy theme. Either way, lead actress Sarah Bolger deserves praise for her riveting performance.

Newly widowed Sarah's (Bolger) life is driven by two dominant forces. The first is her obsession with finding the person who killed her husband Stephen, and in turn clearing his name (news and police reports falsely claimed he was involved in dealing drugs). 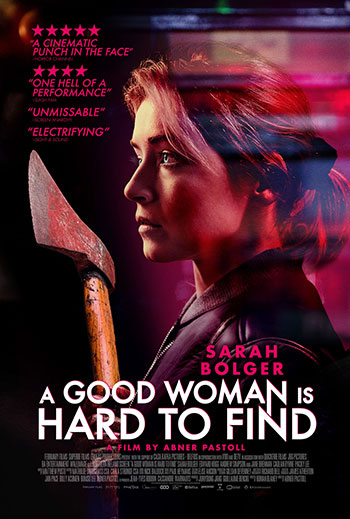 The second is her children; six-year-old Ben (Rudy Doherty) who witnessed his father's murder and has gone mute, and four-year-old Lucy (Macie McCauley). Sarah will do anything to keep them safe in the dangerous Belfast public housing where they live, with drug dealing being the primary source of crime.

Lowlife Tito (Andrew Simpson) steals a stash of drugs from the project's primary drug kingpin, a nightclub owner named Leo (Edward Hogg), and a pair of his henchmen Terry (Caolan Byrne) and Mackers (Packy Lee). Tito breaks into Sarah's flat and hides the drugs under the bathtub works. At first, she tries standing up to him but soon realizes she's no match for his strength. He insists on giving her a cut of his sales profits, which she refuses at first and then hesitantly accepts.

Then things go terribly wrong. Ben discovers where the drugs are hidden and does serious damage to the merchandise. Enraged, Tito tries to rape Sarah. She fights back, stabbing him, and he bleeds to death.

A Good Woman is Hard to Find tries to be everything for everyone. There's a whole sub-story about Sarah and her complicated relationship with her overly critical mother who was "not much for hugs and kisses" during Sarah's childhood, but she was always there.

Sarah must also be there for her kids, which means dismembering and disposing of Tito's remains. There is also the revenge aspect when Ben becomes able to identify his father's killer. Nevertheless, its' refreshing to watch Sarah move from fearful to fierce. 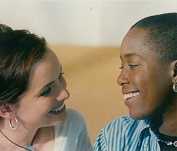