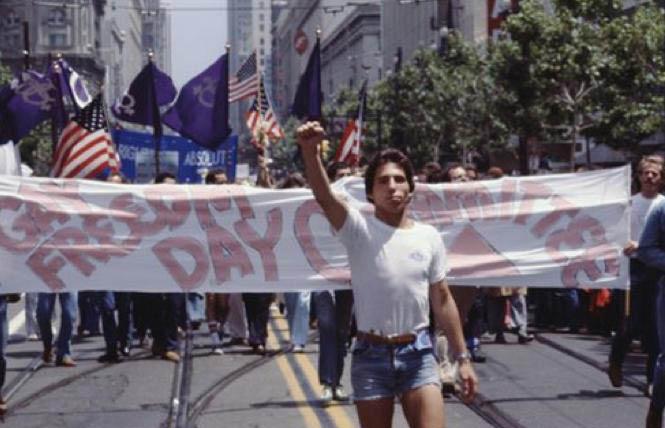 Step back in time to 1977 and enjoy Arthur J. Bressan, Jr.'s historic documentary Gay USA. The fully restored film conveys the passion, anger, and defiant optimism of a community under attack, with rare footage of marches in San Francisco and the U.S.

Restored by the UCLA Film & Television Archive in collaboration with Frameline and Outfest, Gay USA is the first American feature-length documentary by and about LGBTQ+ people.

One of the pioneers of independent gay cinema in the 1970s and '80s, Bressan, Jr. is best known for his devastating 1985 drama, Buddies (the first feature film about AIDS). Working across multiple genres including documentary, narrative, adult and short form filmmaking, Bressan's boldness and artistry as a writer-director earned him both acclaim and controversy over the course of his decade-long filmmaking career.

For Gay USA, he mobilized camera crews across the country to document the national Gay Freedom Day marches in June of 1977.

The film conveys the passion, anger, and defiant optimism of a community under attack (in that month of June 1977 alone: California's anti-gay Briggs Initiative had just been announced, Anita Bryant's vicious homophobia had helped repeal Miami's gay rights ordinance, and a gay man named Robert Hillsborough had only days earlier been the victim of a fatal gay-bashing in San Francisco).