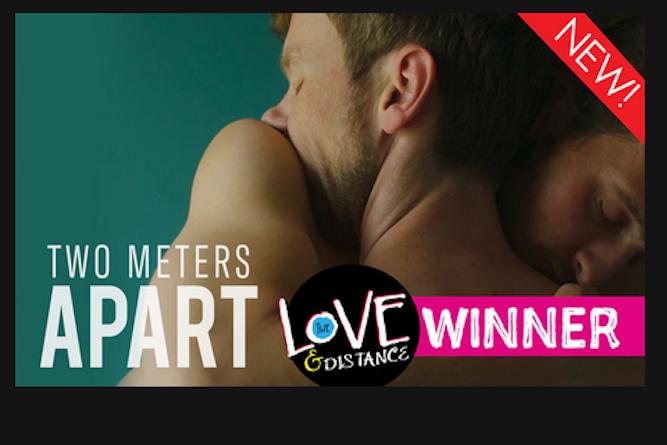 The Jury Award-winning film, which includes $2500 and a deal to write and direct a new short film as a Dekkoo-original with a budget of $5000, is Two Meters Apart by Italian UK-based filmmaker Marco De Luca.

Audience Favorites, with a $1000 cash prize each, selected by Dekkoo subscribers, include Omorfia by Lucio Nieto, Without Touch by James Patrick Nelson, What to Expect When You Are Expecting by Colin Sheehan, and The Meeting by Mariano Rodriguez Ingold.

Dekkoo has awarded an Honorable Mention Prize of $500 to I Miss You, I Miss London by Jess Darnell.

"We were thrilled by the quality, quantity and diversity of the films submitted," said Brian Sokel, Dekkoo President in the announcement. "We are honored to share each with our subscribers and continue to be inspired by the creativity of Queer filmmakers around the globe."

Dekkoo features a large streaming collection of gay-centric entertainment for $9.99 a month. It's available internationally via iTunes, Google Play, Xbox, AppleTV, Xfinity X1 and Roku. In the U.S. and U.K., Dekkoo is also available via Prime Channels.