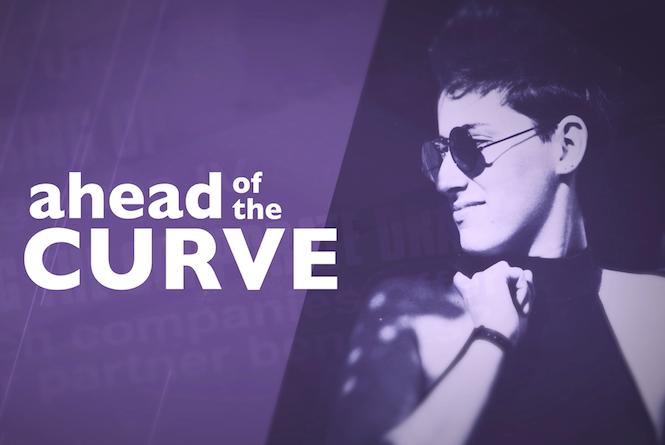 In another smart move to counter theater closures during the pandemic, Frameline, the producers of the SF International LGBTQ+ Film Festival, announced a four-day virtual mini-festival of screenings scheduled for June 25 to 28.

Presented in partnership with the Castro Theatre, this four-day virtual event includes a sneak preview of Ahead of the Curve, as well as the return of perennial favorites Fun in Boys Shorts, Fun in Girls Shorts, and the Transtastic short film programs.

In a new trending innovation, old-school movie-watching will be renewed at a special screening of Ahead of the Curve which will take place at the West Wind Drive-In Theater in Concord.

Director Jen Rainin's Ahead of the Curve tells the story of Franco Stevens, the pioneering publisher of the women's magazine Curve. (film website: curvemagmovie.com)

Said director Rainin, "In this moment, so many wonderful films that were set for their festival premieres this year are stuck in limbo. Ahead of the Curve is taking a page from Franco Stevens' playbook and engaging with community to celebrate our lineage and our future. We are thrilled to partner with Frameline to share this sneak peek during the 50th anniversary of Pride."

Assisting as a creative partner in the new formats will be director-screenwriter H.P. Mendoza (Colma: the Musical, Fruit Fly).

"While we continue to make plans for a larger festival in the Fall, we will not let COVID-19 prevent us from celebrating Pride as we have done each June," said James Woolley, Frameline Executive Director. "We are working on a wide range of creative programming initiatives that will evoke the powerful community experience of the festival format our audience knows and loves. We can't wait to join in the celebration with four days of inspiring queer cinema."

And on Friday, May 15 Frameline celebrates the birthday of the inimitable filmmaker Barbara Hammer with the virtual cinema release of Dykes, Camera, Action! The feature documentary explores the rich legacy of lesbian cinema Hammer inspired as one of the preeminent female filmmakers of the 20th century and the first openly gay female director in America.

Frameline44's full programming lineup will be announced Wednesday, June 3 and tickets will be on-sale at www.frameline.org beginning Thursday, June 4.