'Crip Camp' - How a disability summer camp changed the world 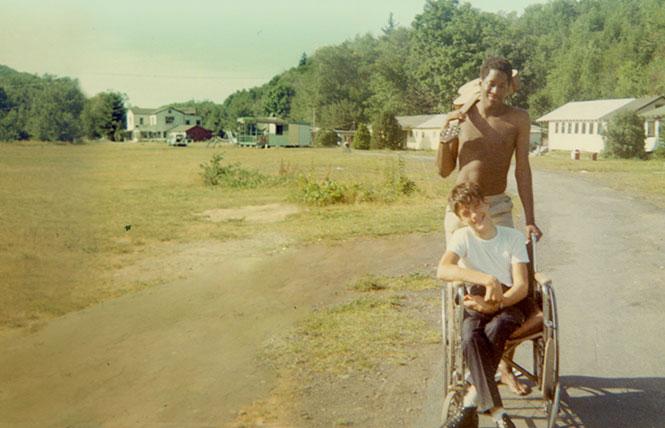 Yet disabled people are also the most marginalized and the most hidden—striving to get our voices heard and our bodies seen 30 years after the Americans with Disabilities Act was signed into law. We are underpaid—legally—and under-valued.

The adversity that many of us face just attempting to live our lives is extraordinary, wholly unnecessary and the fault of a non-disabled society that has decided a quarter of the population can live with often ridiculously arduous struggle for no reason whatsoever. 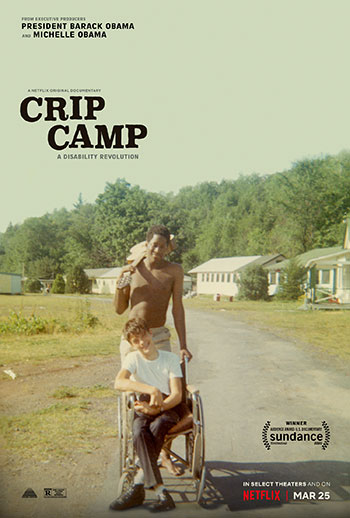 It is into this harsh lived reality that the Netflix documentary Crip Camp: A Disability Revolution debuted. The 2020 documentary film, co-directed by Nicole Newnham and James LeBrecht, is produced by Higher Ground Productions, Barack and Michelle Obama's production company.

The film won the Audience Award at the 2020 Sundance Film Festival and was scheduled for theatrical release in late March, but the coronavirus pandemic derailed that. The film has been released on Netflix and should be on your must-view quarantine list.

LeBrecht, a well-known Bay Area sound engineer, proposed the idea to Oakland filmmaker Newnham. After much discussion, the duo decided to co-direct the film.

Crip Camp reflects the work and interviews they did, speaking to academics, historians and those involved in the disability rights movement.

The result as a narrative that begins with LeBrecht's childhood and his adolescence at Camp Jened, to his college years at Berkeley, activism in San Francisco and the activism of the Camp Jened group as they took on the halls of power in Washington, D.C.

The film features names that disability rights advocates know well—LeBrecht, Larry Allison, Judith Heumann, Denise Sherer Jacobson and Stephen Hofmann, among others. These names should be as well-known as those of other American civil rights activists; that they aren't is part of what makes Crip Camp so important. 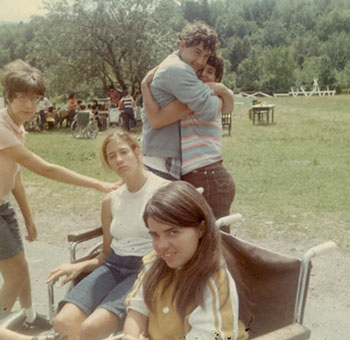 Campers at Camp Jened, the subject of the documentary 'Crip Camp.'

The film has at its locus Camp Jened, a summer camp for disabled kids, teens and adults that ran from 1951 through 1977. Crip Camp focuses on the period in the late 1960s and early 1970s when the hippie counter culture invaded the camp and changed lives forever, ridding the camp of unnecessary structure and infantilization of disabled people.

The revamping opened Jened to activism and a deep and irrevocable social and sexual bonding among campers. Inclusivity was Jened's theme and the campers embraced that with gusto.

These connections at Camp Jened became the foundation for a disability rights and independent living movement: camp-goers of that period, like co-director LeBrecht and Heumann, who attended the camp from age 9 to 18, became activists.

The film, as charted through and by LeBrecht, follows the trajectory of some of these campers from that period through the present, telling the story of their revolutionary activism and where it would lead. The film parallels other movements—the anti-war movement, the Black Panthers, feminism.

"The film talks about what we struggle for and fight for," LeBrecht says. He adds succinctly in the film, "This camp changed the world, and nobody knows this story."

We know it now.

Crip Camp begins with LeBrecht's disabled childhood. Born with spina bifida and without the use of his legs, LeBrecht first attended Camp Jened at 14 and his world changed. Free of the constraints of non-disabled society, he wanted to live that life outside the camp. And so he strove to do so.

Fantastic archival footage as well as stills and interviews stitch the Jened past into a lush and lusty tapestry—these are the lives of disabled youth who become disabled adults. They are open and honest, funny as hell, unafraid to discuss their sexuality as well as their fears.

Crip Camp is a revelation.

The facts of disability mean that many of us don't live into old age, so seeing older activists like LeBrecht and Judy Heumann and others is just so important to the message and the history of disability activism. As Heumann says, "I wanted to be part of the world, but I didn't see anyone like me in it."

Heumann's voice in Crip Camp is mesmerizing. The woman who forged so many aspects of the disability rights movement is reason enough to watch the film. Having contracted polio at 18 months, she has spent her entire life in a wheelchair while fighting for the most basic rights.

She wasn't allowed in schools because her wheelchair presented a fire hazard. That same excuse was used nearly two decades later to deny her a teaching license—she couldn't get herself and her students out in case of a fire. So she sued and sued and sued some more. 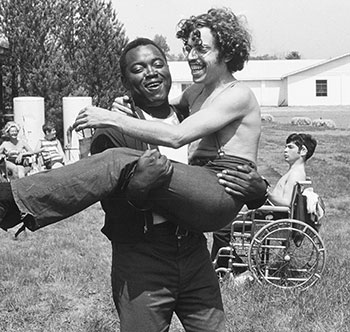 Heumann fought each obstacle and won. Bill Clinton appointed her Assistant Secretary of Education for Special Education and Rehabilitative Services. Barack Obama appointed her Special Advisor for International Disability Rights. (That position has been empty since January 20, 2017.)

There are amazing scenes interpolated in this film. Deaf activists are able to communicate with the Black Panthers during a sit-in. Disabled activists, out of their wheelchairs, crawl up the steps of the U.S. Capitol.

Crip Camp is incredibly moving, poignant, enraging, and yes, inspirational and aspirational. It is funny and bawdy and opens doors to images most disabled people themselves don't get to see of disabled people living their lives without some overarching pitying commentary.

Crip Camp will make you want to be a disability activist for yourself or anyone else in your life who is disabled. This is one of the best and realest films you will see this year.

A panel discussion recorded at the 92nd Street Y in NYC with the directors, Heumann and Vanity Fair critic Richard Lawson, is a compelling addendum. www.92y.org