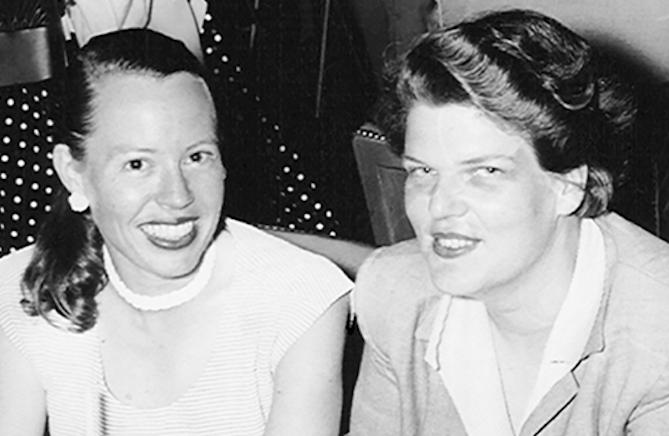 No Secret Anymore: The Times of Del Martin & Phyllis Lyon

Amid the pandemic crisis, Frameline wraps up its fundraiser, screens films and documentaries, and announced the hiring of its new Director of Distribution and Educational Programming.

With the recent passing of Phyllis Lyon, partner in love and politics to the late Del Martin, Frameline and Roxie have teamed up to offer an online community screening of No Secret Anymore: The Times of Del Martin & Phyllis Lyon. Donations are accepted, with 100% of Donations go to Lyon-Martin Health Services.

The April 30, 6pm (PST) online screening will be cohosted by Kate Kendell is the former Executive Director of the National Center for Lesbian Rights (NCLR), Jewelle Gomez, American author, poet, critic and activist, and JEB (Joan E. Biren), an internationally recognized documentary artist who began chronicling the lives of lesbian, gay, bisexual and transgender people in 1971.

While the host of the annual San Francisco International LGBTQ+ Film festival's in-person screenings and festival are postponed, the nonprofit shares VOD screenings of many new and favorite films online at Amazon Prime and via the Roxie Cinema.

The Frameline2020 Fund continues to accept donations for its goal of aiding the organization's film exhibition, distribution, education, and filmmaker development programs. As of April 29, they've raised more than $21,000 of their $25,000 kick-off goal.

And in other news, Frameline announced Lindsey Hodgson as its new Director of Distribution and Educational Programming. In this role, Hodgson will oversee Frameline Distribution.

"Ms. Hodgson's extensive experience in the independent film industry and dedication to sharing diverse stories makes her the ideal addition to our team," said James Woolley, Frameline Executive Director. "She will be an incredible asset as we expand our digital offerings during the COVID-19 pandemic and beyond."

"I am thrilled to be joining the Frameline family and to bring along my passion for uniting independent screen-based stories with their audiences," said Hodgson. "The stories we tell create the culture we live in and I am excited to find new ways to share the vision and voices of our filmmakers to affect social change and transform the status quo."

Keep up with the latest screenings, and donate at www.frameline.org