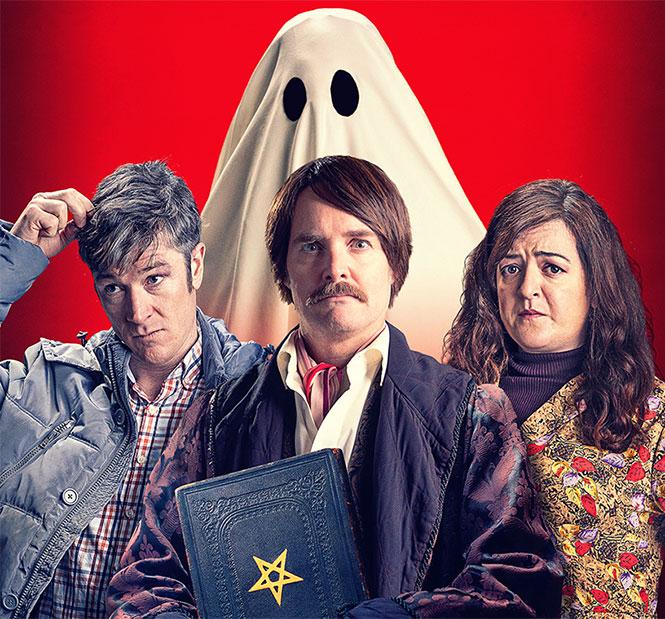 Mike Ahern, Will Forte and Enda Loughman in 'Extra Ordinary'

Horror continues to rank among the most popular of cinematic genres. Perhaps it has to do with the current state of the world — the dire climate change outlook and the dangerous politicians in power. The heyday of slasher flicks has come and gone and a new breed of horror movies — subtle, psychological and no less terrifying — has emerged. Comedy also has begun to play a lead role in the genre. 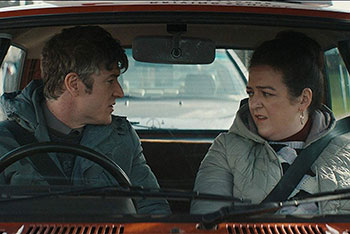 The kooky Extra Ordinary (Cranked Up/Kino Lorber), the full-length feature debut by co-directors/writer Mike Ahern and Enda Loughman, said to be inspired by the Coen brothers' comedic work, is a perfect example. While the comedy itself is completely irreverent (some of the jokes flirt with tastelessness), the references (including a few to The Exorcist and The Conjuring) are thoroughly reverent.

The late paranormal specialist Vincent (Risteard Cooper) not only left behind two daughters — Rose (the wonderful Maeve Higgins) and Sailor (Terri Chandler) — but also a video series legacy in which he explored the unknown. Rose inherited Vincent's "talent" but, feeling guilty for her father's death (it must be seen to be appreciated), she's left it all behind in favor of becoming a driving instructor.

Nevertheless, she still gets countless voicemail messages from people desperately seeking her expertise in communing with ghosts. One such call comes from Martin Martin (Barry Ward) at the insistence of his daughter Sarah (Emma Coleman) because he is being brutalized by the ghost of his wife Bonnie. She leaves him messages in the steam on the bathroom mirror and in his toast. She picks out his clothes. She yanks donuts away from him. 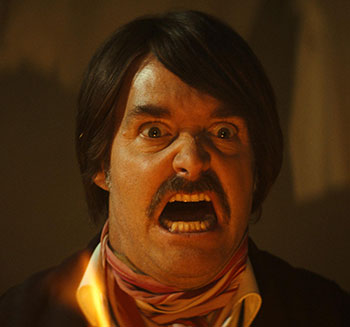 Will Forte in 'Extra Ordinary'

Not far away, in the same Irish town, American one-hit-wonder Christian Winter (an over-the-top Will Forte) is a Satanist who will do anything to get the creative juices flowing. That includes abducting virgins to sacrifice to the dark lord so he can finish writing and recording his comeback album. When his ruthless wife Claudia (Claudia O'Doherty) kills the virgin he planned to sacrifice, he must use his virgin divination rod to find another.

Rose meets with Martin, thinking he needs driving lessons, but when he reveals the truth, she cuts it short. However, Martin's a handsome guy and Rose is a single woman, so she's willing to make an exception. This is especially the case when, under a spell cast by Christian, an unconscious Sarah levitates above her bed in nightgown a la Regan MacNeil.

In order to break the spell and save Sarah (and get with Martin), Rose must face her demons, so to speak. So begins the mission to collect the ectoplasm from seven ghosts. Along the way, Rose and Martin encounter an amusing series of folks and their haunted lives. It's Martin whom the various ghosts must inhabit so that he can vomit their ectoplasm into a jar.

To say that things get wackier after that is no exaggeration. The laughs far outweigh the scares and some of the scenes, including when Christian tries taking driving lessons from Rose as a way of figuring out her motives and deterring her from her undertaking, are laugh-out-loud funny.

The final farcical showdown with the dark lord and the mix-up involving the virgins is also very funny. Extra Ordinary is available for viewing on the Kino Now VOD platform.