Sympathy for the art thief 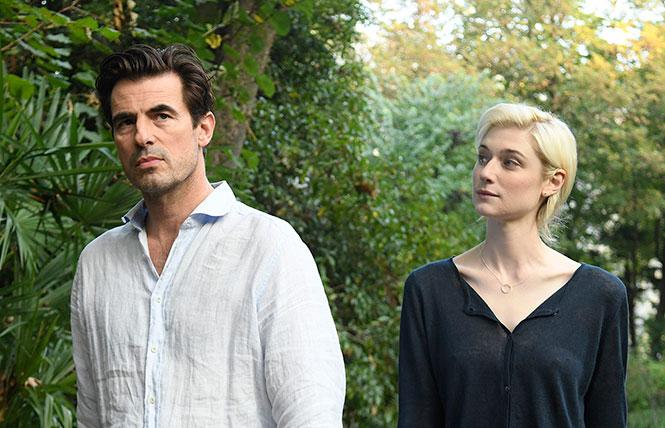 If fiendishly concocted escapism is what you hanker for right now, consider "The Burnt Orange Heresy," a highly entertaining new Italian melodrama (opening Friday) based on American author Charles Willeford's 1971 art-world satire featuring a protagonist who's a charming if totally unscrupulous liar.

Art lecturer James Figueras (played with arrogant panache by Danish actor Claes Bang) is engaged by the wealthy UK collector Cassidy (a film-stealing cameo by rock superstar Mick Jagger) to swipe a precious painting. Figueras pulls out all the stops, committing murder, arson and forgery to get the painting, by a legendry artist with a hilariously tiny body of work. Italian director Giuseppe Capotondi films writer Scott B. Smith's adaption of the Willeford novel in Italy's gorgeous Lake Como district, where the tawdry goings-on feel more authentic than in, say, Florida.

"The Burnt Orange Heresy" has moments of hot hetero bedtime between Figueras and young blonde Berenice Hollis (Elizabeth Debicki) on the way to poking fun at the art world's zeal for substituting stock-market values for those of the Enlightenment. At the core of the story is the reclusive painter Jerome Debney (a sly Donald Sutherland, replacing the originally cast Christopher Walken), whose canvas not only gives the film its title, but becomes a version of Hitchcock's "MacGuffin," the British master's way of reminding us that things in thrillers are frequently not what they first appear to be.

Jagger was too long missing from the big screen. In his youth, Mick displayed an artful dodger's talent, especially in the Donald Cammell/Nicolas Roeg British crime thriller "Performance," where his blatantly homo-hooking ballad "Memo from Turner" allowed many of us rock babies to witness the birth of a superstar complete with "cocksucker lips." Here Jagger returns to steal the show, in the process reminding those awaiting the next Rolling Stones rock tour of Jagger/Richards' 70s hit "Sympathy for the Devil."

Minus Jagger and Sutherland, "The Burnt Orange Heresy" is yet another cautionary tale for an era when money does not merely talk, it screams false values for the ages. The film comes complete with the promo tagline, "You Can't Paint Over the Truth."