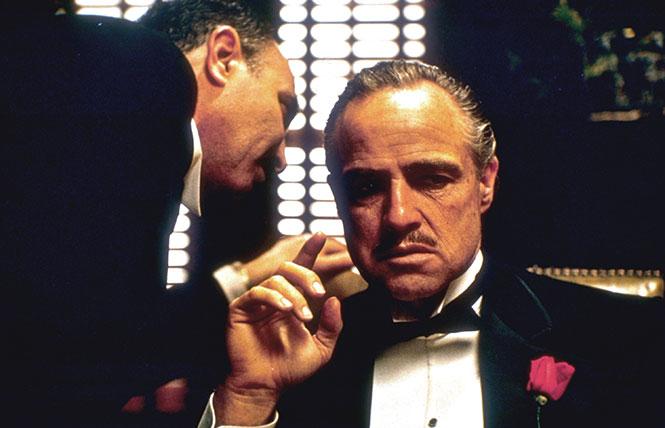 "The Godfather (1972), part of "Francis Ford Coppola and 50 Years of American Zoetrope" at BAMPFA. Photo: BAMPFA

American Zoetrope was founded in 1969 in San Francisco by a then-30-year-old elder statesman, Francis Ford Coppola, an audacious, charismatic "front man" with a gift for writing and working with actors, and a younger, soft-spoken, self-professed "worrier" named George Lucas, remembered by some USC film school alumni as a skinny kid with chutzpah. Though temperament and personality-wise they couldn't have been more different, the two men complemented each other and shared a Utopian vision of an alternative to Hollywood. Or so legend has it.

The independent movie studio made its debut in 1970, and got off to a rocky financial start, with Lucas' dystopian sci-fi feature "THX 1138," based on a short he made in film school. It starred a wiry Roberto Duvall as a non-conformist in a bleak, futuristic society where the population is monitored and controlled with drugs, robots are ubiquitous, and sex is against the law. What a world! According to local lore, it was shot in the Caldecott Tunnel, the unfinished BART Transbay Tube and the Marin County Civic Center at a fraction of the cost of the "Star Wars" catering budget.

A half-century and more than 80 productions later, BAMPFA looks back at the studio's legacy with "Francis Ford Coppola and 50 Years of American Zoetrope," a two-part series that assembles films from 1963-2019 directed or supported by Coppola and the company he built. The first installment includes "little films" such as "The Godfather" (1972), a game-changer by any standard for everyone involved (the offer from Paramount to direct the picture saved Coppola from ruin), and the surprisingly relevant surveillance thriller "The Conversation" (1974), which suggests eavesdropping can lead to colossal misunderstandings. 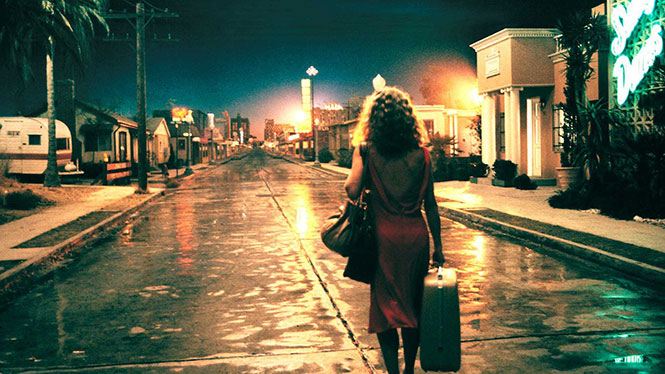 One from the Heart (1982), part of 'Francis Ford Coppola and 50 Years of American Zoetrope' at BAMPFA. Photo: BAMPFA

The program also provides an opportunity to revisit or be introduced to Coppola's flawed though interesting early directorial efforts, like "Dementia 13" (1963), which he also wrote. The black & white gothic horror fest, produced by Roger Corman for the bottom slot of a double feature, involves a dank castle, a body dumped in the middle of a lake, a cursed family whose fortune is up for grabs, and a lunatic wielding an ax. A glimpse of things to come, "Dementia 13" showcases the emergence of a director with vision and style that would be fully born with "The Godfather," notes retired BAMPFA curator Steve Seid. (The film's title would appear on a theater marquee a decade later in "American Graffiti.") In what may have been an antidote to the brooding intensity and arduous, near-cataclysmic shooting of "Apocalypse Now," Coppola created "One from the Heart" (1982). The improbable musical confection, perhaps best viewed as an artifact, was a flop that Vittorio Storaro's cinematography, the estimable influence of the great English director Michael Powell, and songs by Tom Waits couldn't save. The $26 million picture tanked at the box office and drove Coppola into debt; not the last time that would happen in his storied career.

Over the years American Zoetrope has mobilized its resources behind original, unconventional productions and brought the work of foreign directors to American audiences. "In the 1970s, for just a few years, Zoetrope was a small studio for beautiful, unexpected movies from anywhere," recalls film historian David Thomson. The output ranged from "Mishima" and "The Black Stallion" to "Hammett" and the restoration of Abel Gance's "Napoleon." Former PFA Director and co-founder of the Telluride Film Festival Tom Luddy, who was Zoetrope's director of special projects in the 1980s and 90s, brought Coppola and Jean-Luc Godard together. The auspicious meeting led to the financing of the avant-garde director's "Every Man for Himself," a work in three segments with Isabelle Huppert and Nathalie Baye, written by the brilliant Jean-Claude Carriere. Luddy was also instrumental in organizing the team for "Mishima: A Life in Four Chapters" (1985). Shot in Japan with a Japanese cast and crew, scored by Philip Glass, writer-director Paul Schrader's stylized, existential film reveals itself through flashbacks based on the life and fiction of Japanese author Yukio Mishima. Enticed by the beautifully detailed storyboards painted by Akira Kurosawa, Lucas and Coppola helped secure Hollywood studio funding for the Japanese master's sumptuously filmed samurai pageant "Kagemusha" (1980), the Machiavellian tale of a petty criminal who, on the eve of his execution, is recruited to pose as a dying king's decoy or "shadow warrior" in feudal Japan.

Part 2 of the series, coming in June, includes the final cut of "Apocalypse Now" (1979/2019) and "Hearts of Darkness: A Filmmaker's Apocalypse," Eleanor Coppola's perceptive 1991 documentary about the problem-plagued production. Being married to the director and on location with him afforded her intimate access to his thoughts and state of mind. "The Cotton Club: Encore," "The Outsiders," "American Graffiti" and other youth-themed movies — two directed by Coppola's daughter, Sofia — are also on tap.

Cinema is something of a family business. Sofia and Coppola's son Roman now own the studio, which, since 1972, has been headquartered in the architecturally distinctive Sentinel Building in North Beach. Café Zoetrope, on the ground floor, with its memorabilia and photographs of the famous, is a reminder of the exceptional cinematic talent Coppola attracted — Walter Murch, Caleb Deschanel, John Milius, Agnieszka Holland, Carroll Ballard, to name a few — and the projects, some more successful than others, his company nurtured through its cachet and connections. Raise a glass or wander into BAMPFA for a second take.