Georgian beauties in the dance 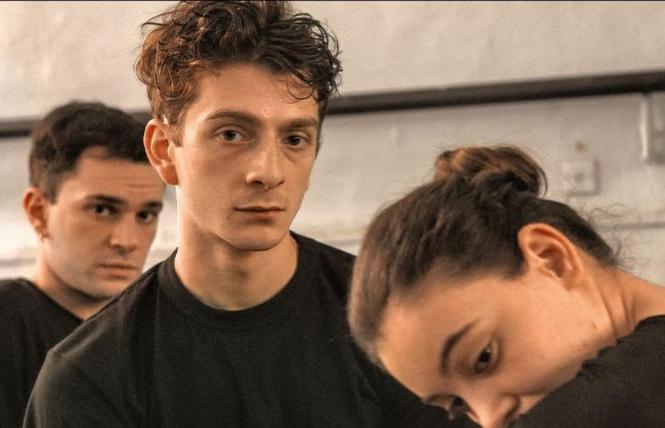 It's not too early to say that the most heartbreaking performance of the new year comes from Levan Gelbakhiani as Merab, a talented Georgian dancer trying desperately to be true to his art and his heart. In "And Then We Danced," Swedish-born writer-director Levan Akin, best known for his 2012 feature "Certain People," has fashioned a powerful, passionate love letter to young men everywhere, but particularly to those trapped in tradition-bound macho cultures.

Merab is exhausted by a restaurant job that keeps the lights on at home and his cell phone charged, with enough cash to spare for the daily bus ride to a dance studio run by a ruthless old task-master who takes a dim view of Merab's gypsy-like clan. He's trying for Georgia's premier dance company while keeping his messed-up family from dissolving after his dad's departure.

Merab's life as a dancer gets sticky upon the arrival of the dark-haired male beauty Irakli (Bachi Valishvili), a great lover who's also quite a tease. Gelbakhiani, as Merab, is what the British call a "ginger," meaning an auburn-haired cutie. He absolutely dominates his scenes, comprising 99% of the film.

Gelbakhiani has the power to make you feel both his physical fragility and strength. Towards the end of the story he sprains his right ankle and we fear that all may be lost. Irakli has left town, and the old guard Georgian dance masters loath what they see as Merab's un-Georgian style of dancing. Earlier we learned that a gay man was banished from the company after he was caught having sex with an Armenian. His family sent him off to a Catholic monastery up in the mountains "to make him normal again." On top of this, a gang of gay-bashers threatens Merab, who finds it hard to ignore their vicious taunts.

Lisabi Fridell's mobile camera captures the austere beauty of this Eastern European outpost, and a soundtrack that ranges from Georgian folk classics to ABBA keeps us humming along. The film is performed in the Georgian language, with English subtitles. It's not yet MPA-rated, although it contains both adult language and passionate queer lovemaking. Opens Friday.