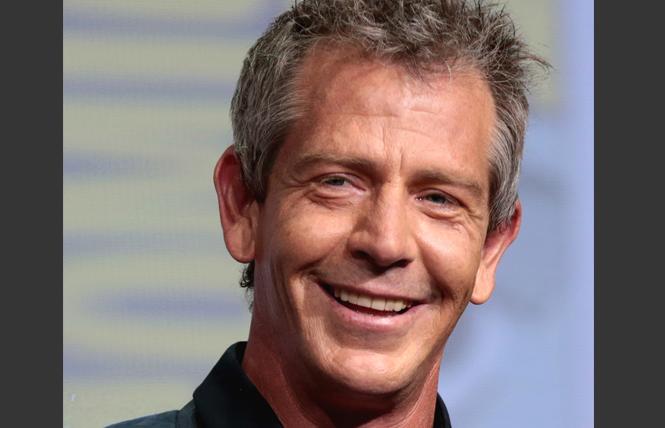 It's difficult to believe that the Mostly British Film Festival, a relatively new kid on the block, is turning 12. This annual event, dedicated to English-language films made outside the U.S., remains a standout in a local field packed with choices, and has the devoted following to prove it. Their latest program rolls out next week at the Vogue Theatre with a selection of Aussie films that includes Shannon Murphy's debut feature "Babyteeth," a family drama that stars the eminently watchable Ben Mendelsohn.

Mendelsohn, who went from playing a nasty piece of work in "Animal Kingdom" and the bad seed in Netflix's "Bloodline" to an interstellar heavy in "Rogue One," can currently be seen in HBO's "The Outsider," where he's a troubled, highly intelligent police detective attempting to solve a crime with supernatural dimensions dished out by Stephen King and Richard Price. In "Babyteeth," he's the melancholy psychiatrist father of a teenage daughter suffering from cancer who, to his consternation, falls for a drug dealer in his 20s. Mendelsohn, who cleans up nicely and is more charming and debonair in-person than his onscreen personas might suggest, will be interviewed onstage on Sat., 2/15, by fellow Aussie James Wooley, the newly installed executive director of Frameline.

Would Hamlet have fared better if the women in his life had been running the show? That intriguing question is posed and imaginatively answered by "Ophelia," Australian director Claire McCarthy's quasi-feminist, revisionist take on the Bard's play. Adapted from a 2006 young adult novel, the script parallels and diverges from its Shakespearean source and gives the female character top billing. The purposeful Daisy Ridley of "Star Wars" frame, sans saber and sporting long red hair, leads the charge as the film's namesake and Hamlet's love interest who, not surprisingly, is strong-minded and forthright in this adroit, finely produced interpretation. The all-together stellar cast is rounded out by George MacKay from the Oscar-bound "1917," playing a substantially less gloomy version of the Danish prince; Naomi Watts as Gertrude, his tough, herb-addicted mother; and Clive Owen chewing the scenery as his devious uncle, a brutish opportunist who usurps the throne after Hamlet's father dies.

"The Delinquent Season," an Irish melodrama about cheating of a different kind, revolves around two attractive, middle-aged Dublin couples whose marriages and friendships with each other are quietly coming undone. Written and directed by veteran Irish playwright Mark O'Rowe, the story of marital infidelity and the guilt, anxiety and deception that follow is not exceptional, but the top-flight performers who play the husbands are: namely, Cillian Murphy, so chillingly intense and just plain chilling in "Peaky Blinders" (outside of Daniel Craig, he has the bluest eyes in the business); and the openly gay actor Andrew Scott, who's having quite a run as the sexy, conflicted priest in "Fleabag" and the diabolically unhinged Moriarty in "Sherlock." Volatile and a tad short in the love-and-understanding department, Scott becomes one of the wronged parties in the movie's equation when Murphy's kinder, gentler character begins an affair with his lonesome, stay-at-home wife.

In Adrian Noble's sensitively observed, period narrative "Mrs. Lowry and Son," the extraordinary Mike Leigh ensemble player Timothy Spall, who memorably embodied the irascible 19th-century painter JMW Turner, portrays an equally eccentric though lesser-known mid-20th-century British artist, L.S. Lowry; a kind, solitary man who never married, he was presumed to be gay. As a former rent collector, Lowry was well-acquainted with the industrial districts of Northwest England, where he spent most of his life and whose landscapes he depicted in his paintings and drawings. The crux of the story is his torturous relationship with his ailing, embittered, hypercritical mother from hell (Vanessa Redgrave; no one plays imperious better), whose approval he desperately craves and doesn't receive, even when his work is finally recognized. Much of the movie plays out in the mother's bedchamber, a metaphor for the stultifying emotional confines of an existence relieved intermittently by the pleasure of making art. 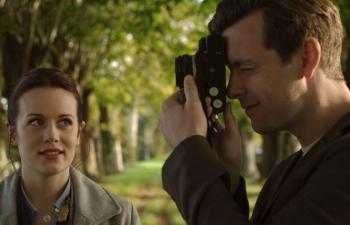 A shout-out for local-boy-makes-good Jonathan Kiefer, an Alameda-based screenwriter-producer and director of award-winning shorts. The recent recipient of a prestigious FilmHouse residency from SFFILM, he wrote the script for Oliver Krimpas' "Around the Sun," a lushly shot indie shown here. It fuses elevated conversation and cosmic sci-fi elements with romantic sparks between a movie location scout and the real estate agent escorting him through an abandoned French chateau. Kiefer will be on hand for the screening.

The festival wraps with "Greed," Michael Winterbottom's rollicking frolic about excess, in particular the shenanigans of the vain and ruthless Sir Richard McCreadie, an over-the-top, superrich London fashion magnate. Nicknamed "Greedy," he's clearly a man of our times. He throws himself a decadent, "Gladiator"-themed 60th birthday bash on Mykonos (inspired by the Ridley Scott movie), complete with a pre-fab Colosseum and a massive lion waiting in the wings for his close-up — or maybe his dinner. Meanwhile, the silver-maned master of ceremonies (Steve Coogan) has a high old time cavorting in a Roman toga and golden crown. Can the fall of the Empire be far behind?

Feb. 13-20 at the Vogue Theatre. mostlybritish.org.