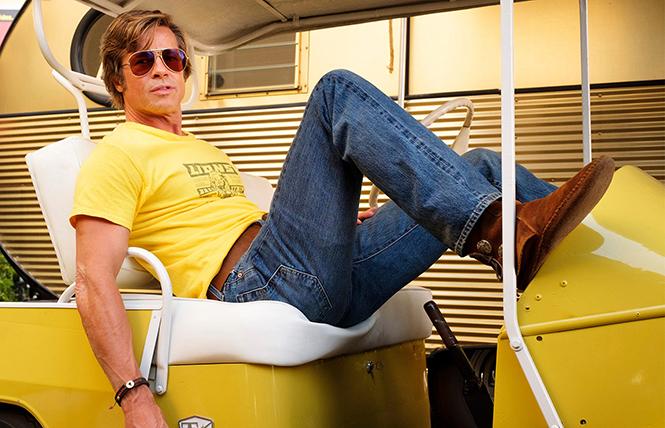 Brad Pitt looks like 1969 Hollywood in "Once Upon a Time in Hollywood." Photo: Andrew Cooper, Sony Pictures

Handicapping the 2020 Oscar derby is complicated by the difficulty of trying to read the minds of the Academy's approximately 9,000 members. The following predictions are based on my own top film choices plus the national critics' lists, the Golden Globes, etc.

Best Picture: The big prize is contested by nine productions, the faves being Martin Scorsese's gangland epic "The Irishman" and Quentin Tarantino's eccentric dark comedy "Once Upon a Time... in Hollywood." Hitting above their weight are the zany South Korean family dramedy "Parasite" and Greta Gerwig's much-acclaimed update of "Little Women." The other nominees "Ford v Ferrari," "Jojo Rabbit," "Joker," "Marriage Story" and "1917" are largely included to give them some prime-time ABC-TV exposure.

The Best Director category remains a boys' club, with my pick going to Scorsese's "The Irishman" over Todd Phillips' "Joker," Sam Mendes' "1917," Tarantino's "Once Upon a Time" and Bong Joon Ho's "Parasite."

The Best Actor race looks like a win for Joaquin Phoenix's larger-than-life portrait of the title character in "Joker." My fave is Antonio Banderas' glorious take on an aging filmmaker's reunion with his leading man from decades back in Pedro Almodovar's reflective "Hope and Glory." Then there's Leonardo DiCaprio's witty turn as a fading star in the Tarantino, Adam Driver's energetic struggle to get custody of his young son in "Marriage Story" or Jonathan Pryce's portrayal of the reform-minded head of the Catholic Church in "The Two Popes."

The two writing Oscars are often awarded as a kind of consolation prize for runners-up in the Best Picture/Director sweepstakes. My pick in the Original Screenplay derby is the Tarantino work (he claims this marks his final directing chore), a bizarre if seriously funny take on the 1969 Manson murders. Kudos to the "Knives Out" comedy written by Rian Johnson, the director who gave us 2004's high school detective noir "Brick"; and "Marriage Story," the divorce comedy from "The Squid & the Whale"'s Baumbach; "1917," the immersive WWI drama written by Mendes; and "Parasite," the dark family comedy from South Korea's Bong.

The Original Song contest pits "Toy Story 4"'s "I Can't Let You Throw Yourself Away" against the Elton John bio-pic "Rocketman"'s "I'm Going To Love Me Again"; "I'm Standing With You" from "Breakthrough"; "Into the Unknown" from "Frozen 2"; and "Standup" from "Harriet."

The Animated Feature contest is a race between "How to Train Your Dragon," "The Hidden World," "I Lost My Body," "Klaus," "Missing Link" and "Toy Story 4."

The Cinematography prize is likely headed to veteran Roger Deakins for "1917," competing against "The Irishman," "Joker," "The Lighthouse" and "Once Upon a Time."

Among this year's batch of Documentary Shorts, "Learning to Skateboard in a Warzone If You're a Girl" wins the funny-title honors hands down. There are also "Life Overtakes Me," "St. Louis Superman," "Walk Run Cha-Cha" and "In the Absence." In the Documentary Feature race I'm rooting for Syria's "The Cave" against "American Factory," "The Edge of Democracy," "For Sama" and "Honeyland."

For Supporting Actor, Tom Hanks is a fave for his Mister Rogers portrayal in "A Beautiful Day in the Neighborhood," against UK superstar Anthony Hopkins in "The Two Popes," Al Pacino as Jimmy Hoffa in "The Irishman," Joe Pesci in "Irishman," and my pick, Brad Pitt's witty take on the stuntman in Tarantino's "Hollywood."

In recent years, the Live Action Short contenders have been on display at Landmark's Opera Plaza Cinemas. The entries are "Brotherhood," "Nefta Football Club," "The Neighbors' Window," "Saria" and "A Sister." The race for Animated Short is among "Daughter," "Hair Love," "Kitbull," "Memorable" and "Sister." 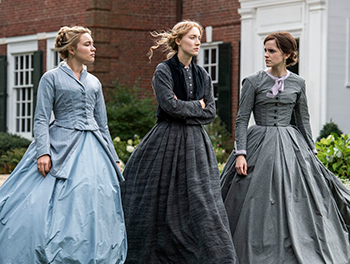 The prize for Original Score is among "Joker," "Little Women," "Marriage Story," "1917" and "Star Wars: The Rise of Skywalker."

The Costume Design prize should go to "Little Women," with runners-up "Irishman," "JoJo Rabbit," "Joker" and "Once Upon a Time."

In the pivotal Supporting Actress category, Kathy Bates is a dark horse for Clint Eastwood's controversial "Richard Jewell." Laura Dern is a likely pick as the pushy women's advocate in "Marriage Story." Scarlett Johansson has a second Oscar bid this year for her role in the offbeat "Jo Jo Rabbit." Bringing up the rear are Florence Pugh in "Little Women" and Margot Robbie in "Bombshell."