Let's do the Time Warp again! 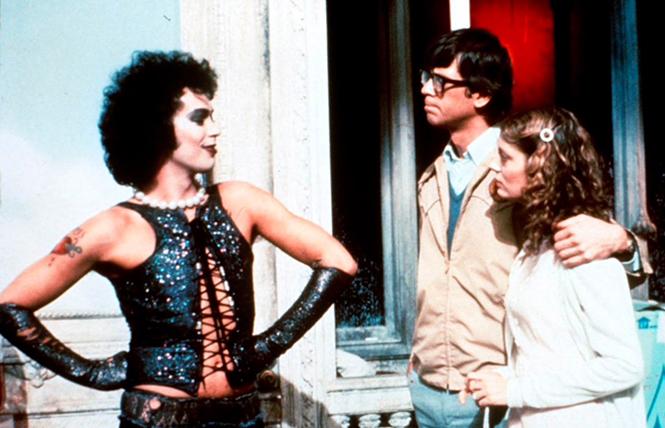 Hard to believe that it's been 45 years since audiences first danced in the aisles and shouted back at the screen at showings of "The Rocky Horror Picture Show." The low-budget musical comedy/horror-movie spoof began as a stage show at a small theater in London in 1973. When the film, which features several members of the stage cast, premiered in 1975, it was universally derided by critics. But then something happened when the Waverly Theater in New York City began showing the film on Fridays and Saturdays at Midnight. Audiences began dressing up as the characters. People would throw rice at the film's opening wedding scene. "Shadow casts" would stand in front of the screen and perform the entire film simultaneously with the movie. Soon, theaters across the country and around the world were following suit, and "The Rocky Horror Picture Show" became a bona fide phenomenon. The film was especially popular with LGBT audiences, who embraced its message of sexual liberation and androgyny, as well as its then-daring presentations of bisexuality.

"'Rocky Horror' means a great deal to me because I feel like I really needed to discover it when I did," said drag artist Peaches Christ, who will be hosting a 45th anniversary celebration of "Rocky Horror" at the Castro Theatre on Jan. 11. "I was a young teenager growing up in Maryland, where I felt like there just wasn't a place for me in the world. It was the discovery of 'Rocky Horror' and John Waters that really showed me I could live the kind of life I wanted, and there were people out in the world who would understand me. 'Rocky Horror' absolutely influences my drag in that the combination of drag and horror was always something that's been part of Peaches Christ." 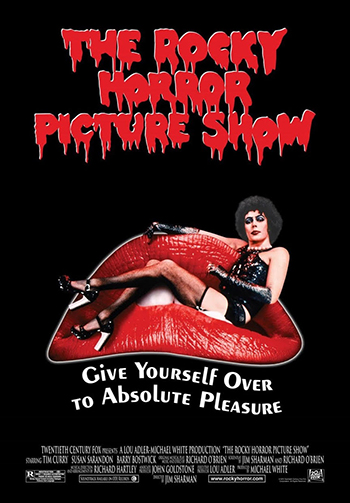 Peaches offered her take on why the film has resonated with so many people.

"I think for a lot of people, myself included, things like the discovery of 'Rocky Horror' had a transformative effect on us," she said. "We were the outcasts, the weirdos, the others who didn't fit in, and along comes a movie so bizarre and queer and punk rock, where the freaks are celebrated and the squares become enlightened through opening their minds to new experiences. This was a movie with values we could celebrate, and of course the tradition of seeing it at Midnight while dressed up and participating in the screening only helped solidify a sense of belonging. It was my 'It gets better' video before that was a thing."

The phenomenon has continued until this very day, with screenings of the film still packing in the crowds wherever it plays. In 2005, "The Rocky Horror Picture Show" was selected for permanent preservation by the Library of Congress' National Film Registry for being "culturally, historically or aesthetically significant."

The Castro Theatre event will include a screening of the film along with appearances by cast members Patricia Quinn (Magenta), Nell "Little Nell" Campbell (Columbia) and Barry Bostwick (Brad Majors). For Bay Area native Bostwick, the event is a homecoming.

"My grandfather lived in the Haight-Ashbury district, so I spent most of the holidays up there prior to the Summer of Love," Bostwick recalled in a phone chat with Bay Area Reporter. "Every time we would go to the city my father would drive me around to a different place. He knew everything about San Francisco and San Mateo. He was in the industrial development business, he was the VP of the San Mateo County Development Association. I'm a dyed-in-the-wool Bay Area boy, and I wish I could afford to live there."

Bostwick recalls his initial reaction when he first got the script to "Rocky Horror."

"I loved it," he said. "I kept trying to find ways to simplify my performance and make it as real and as genuine as possible. On the page it seems like it's very over-the-top and jokey, and then talking to Jim Sharman, who's the director, he always emphasized the sincerity and the reality of the characters. Where it goes wrong now when people do the show on stage is that they get really jokey. I think it requires simplicity of characters, and that's what really makes it work." 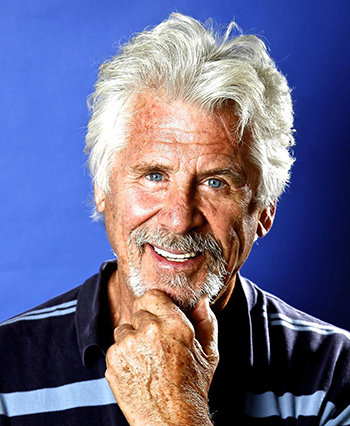 Bostwick saw Tim Curry (Dr. Frank N. Furter) doing the show onstage and found him "brilliant." The actor offered his own thoughts on why the film touched upon a nerve with so many people.

"I think it was sexy, the music was simple rock-and-roll, it had that thing that we had in high school where you heard the newest song out and you could sing along with it the third time you heard it," Bostwick said. "The same thing with the music from 'Rocky Horror': it was accessible, I think it was naughty enough that people could just have a great time with it."

Bostwick feels that the film's popularity remains because of its message of "don't dream it, be it" (a line from one of the songs), as well as the story's message of inclusion, of accepting who you are.

"Once it became a cult thing, people in odd little towns and small towns around the world found their people, which they probably wouldn't have found without 'Rocky Horror,'" he said. "'Rocky Horror' didn't exist on video, you couldn't see it unless you went to the movies somewhere, and these evenings were created and invented by small groups of people who threw a party every Friday and Saturday at Midnight."

Theater owners were part of the phenomenon, Bostwick feels, encouraging the celebration and allowing audiences to dance in the aisles and to throw things at the screen. "When it gets down to it, it's really about sex, drugs and rock-and-roll," Bostwick said. "And that will never go out of style."

He noted that the world has changed considerably since the film was first released.

"I think the film was responsible for some of that change," he said. "I think that it's still appropriate, because there are still areas and political issues that need to be changed, uprooted, and brought to a kinder place. The film will always encourage that."