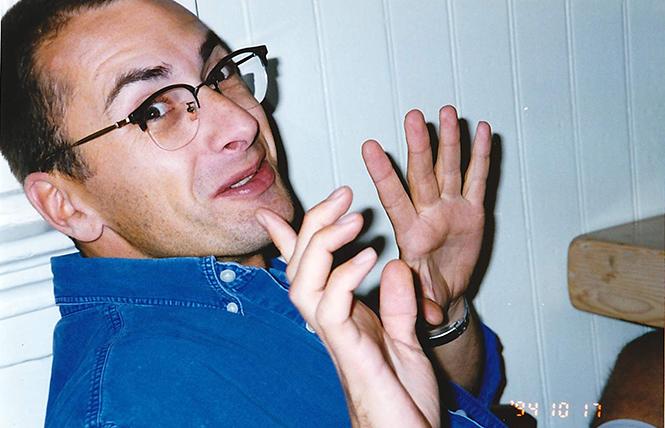 Twenty-five years ago (on Jan. 14, 1995), the world lost one of the leading figures in LGBT cinema. During the last decade of his tragically short life, Mark Finch was a passionate champion of queer film and queer filmmakers. His Golden Gate Bridge suicide on that rainy Saturday sent shockwaves across the international film community as his friends and colleagues grappled with the loss. In those weeks, months and years after Mark's death, colleagues from around the world mourned his loss. Obituaries and remembrances appeared in Variety, The Hollywood Reporter, The Advocate, The Guardian [UK], and the San Francisco Chronicle.

At the time of his death, Mark was artistic director of the San Francisco International Lesbian & Gay Film Festival, now better known as Frameline's San Francisco International LGBTQ+ Film Festival. A seminal figure in queer cinema, Mark was a co-founder of the London Lesbian and Gay Film Festival (now known as BFI Flare: London LGBTQ+ Film Festival) as well as the BFI Lesbian and Gay Film Festival Tour, which brought queer cinema to regional cinemas across the UK. During his tenure as head of distribution at the British Film Institute he brought LGBT films to the forefront and was responsible for the creation and management of the BFI's lesbian and gay home video line. Prior to being Frameline's festival director (1992-94) he had also headed up Frameline Distribution. Mark wrote profusely about LGBT cinema for a variety of publications in the US and UK, including Sight & Sound, The Advocate, the SF Bay Guardian, and London's Capital Gay. He was well-known and loved as one of San Francisco's most entertaining gay gossip columnists (under his pseudonym Aiva Nidnacs), writing for both the Bay Area Reporter and Odyssey. Using such pseudonyms as Charm Fink and John Thomas, he also wrote wildly entertaining gay adult-film reviews for the B.A.R. and the dearly departed San Francisco Sentinel. Some of his film anthology contributions include an account of the history of LGBT cinema for the "Political Companion to American Film" (Lakeview, 1994), his appreciation of filmmaker George Kuchar for "Queer Looks" (Routledge, 1993) and his seminal (if you will) reflection on "Lonesome Cowboys" for "Andy Warhol, Film Factory" (1989, BFI). One of his other greatest contributions to LGBT film scholarship was his creation of the pioneering queer filmography in the revised edition of Richard Dyer's "Gays & Film" (New York Zoetrope, 1984).

During our three glorious years at the helm of the oldest and largest LGBT film festival on the planet, Mark was colleague, friend, mentor, neighbor, copy editor/co-writer, and my fictional twin sister, Bree — short for Sabrina, his favorite Charlie's Angel (really he just adored Kate Jackson). I was his twin brother Jim — short for Jimbo Stark, James Dean's character in "Rebel Without a Cause." With his loving, effusive support of everything I did in my work and my personal life, he made it feel like he was also my biggest fan. Twenty-five years later, Mark's suicide is still incomprehensible to me. 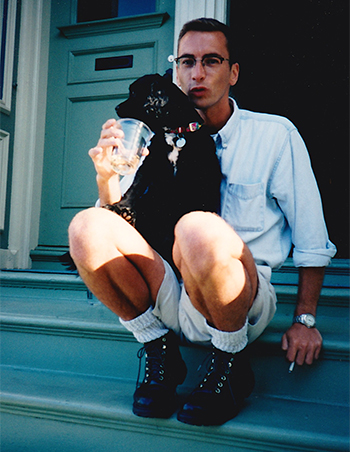 Mark's legacy has been kept alive by many friends and colleagues over the decades. Frameline's 1995 festival was dedicated to his memory, as was the (now dearly departed) PlaneOut.com PopcornQ website. Various highlights of his writings and criticism have been re-published (most recently, many of his horror film reviews have been revived by Diabolique magazine). The Mark Finch Memorial Facebook page remains a loving forum for the reminiscences of our old friends and colleagues. Over the years I've scanned a selection of his papers, and one of my next projects (hopefully soon) is to scan Mark's meticulously organized files on the history of the London Lesbian & Gay Film Festival and ship them off to the British Film Institute archives. Highlights include his charming correspondence with filmmakers like Marlon Riggs, Warren Sonbert, Su Friedrich, George Kuchar, Christine Vachon and other queer cinema luminaries.

Whether he was expressing his affection for the camp pleasures of Pee-Wee Herman or offering his uniquely British appreciation of our 24-hour Market Street Safeway, Mark exuded a boyish enthusiasm and bright-eyed joy for life. He was a dedicated friend and colleague, a passionate advocate for queer filmmakers, a super-smart film festival organizer whose professionalism helped elevate Frameline enormously. He was also utterly charming and handsome. Justin Vivian Bond once introduced him (perfectly) as "the man with the sexiest lips in show business."

In his freewheeling take on one of Falcon's 1992 releases, he quips, "'The Abduction' stars Craig Caldwell in a fanciful drama set in a dungeon, or a Spanish restaurant; I couldn't tell." The "review" made Falcon's marketing director so unhappy he threatened to stop sending press screeners to the B.A.R. if Mark didn't take their films more seriously. "We sincerely request that you subject our videos to normal and fair scrutiny and that your reviewers write an assessment of our work that will be honest and of use to our customers," Falcon humorlessly kvetched.

In addition to his fondness for anagrams, there were his inventive, whimsical Ainagrams (created under one of his many pen names, Aiva Nidnacs, a backwards anagram for Scandinavia). Offering up his cultural criticism in a graphic form, these elaborately connected grids of free associations boasted such ambitious theorems as: "Why Kate Jackson Is the Center of the Universe (Still Has an Income)," "Why UC Berkeley Should Have a 'Planet of the Apes' Studies Department," "Why Diana Rigg Reveals the Meaning of Life," and "Why Candace Bergen Has Relevance in the 90s." One of his best: "Why Olivia Newton-John is Still Popular."

Like his film reviews, the Ainagrams read like a frozen early-90s tableaux, a snapshot of our lives just before everything changed with the advent of the internet and cellular technology. It seems so sad that Mark never experienced these things, yet so perfect that he, too, remains frozen in that laid-back analog era of VCRs, pay phones, and Super Shuttle.