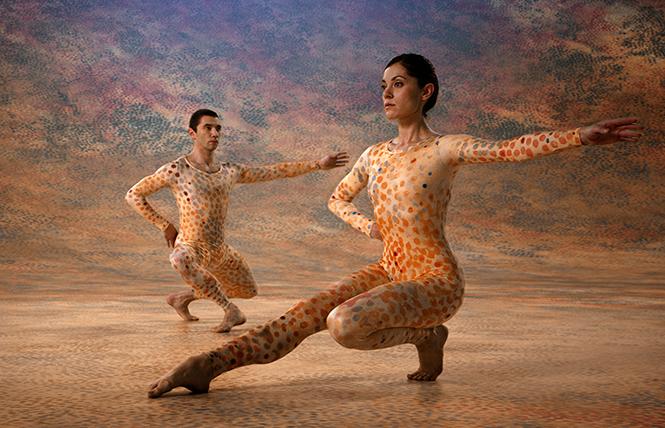 "Cunningham" follows the innovative Cunningham's artistic evolution over three decades of taking chances (1944-72), from his youth as an aspiring dancer in postwar New York to his eventual triumph as one of the world's most visionary choreographers. The filmmakers use 3D technology to weave together his philosophies and stories, resulting in an exciting journey into a breathtaking explosion of dance, music, and never-before-seen archival material. Among the highlights are Cunningham's 1964 European tour through Germany and France, and an acclaimed series of performances in London.

Cunningham was famously loath to claim the avant-garde label for his work, comparable with visual giants such as Andy Warhol. He said, "I don't describe it, I do it."

"I never believed the idea that dancing was the greatest of the arts," he said. "There are too many low things in it, too much sweat and low labor. But when it clicks, it becomes memorable, and one can be seduced all over again."

"Cunningham" should not be missed by devotees of modern dance and its crucial role in shaping the aesthetic sensibilities of generations eager to abandon older biases against feminine displays by men. The film documents the early years of Merce's company, when the dancers would crowd together in a beat-up VW bus, sharing the rigors of the road and allowing a vast rural audience to partake of the pleasures of free movement without judgment or prejudice. Opens Friday.