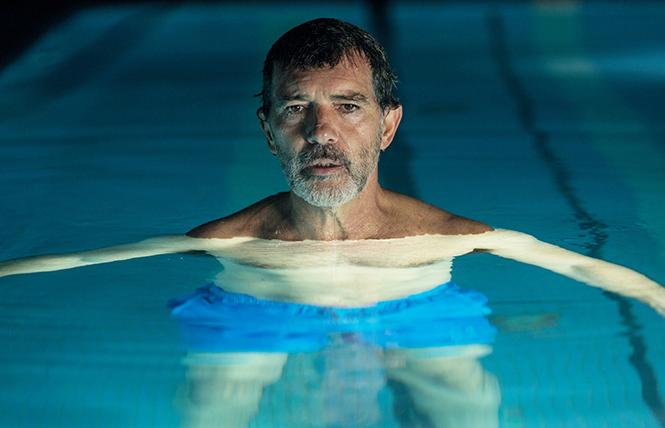 Part Two of our Best Films of the year round-up is meant to lasso some late-season releases into the list, and hint at some of the strongest contenders for the Golden Globes and the Oscars.

"Pain and Glory" Openly gay Spanish filmmaker Pedro Almodovar returns with one of his favorite male leads (Antonio Banderas), who plays an aging film director in the throes of a creative slump reflecting on a 40-year career behind the camera. A man who has lived to work finds himself begging his estranged former male lead to help him pick up the pieces. The reunion is fraught with harsh memories, accusations, and heavy drug use.

"1917" Director Sam Mendes and cinematographer Roger Deakins lay bare the horrors of war. It's April 5, 1917, as two British soldiers are ordered to deliver a message across the battlefield to prevent their countrymen from advancing into a German trap. Filmed as if in one continuous take, "1917" shows how modern warfare can obliterate the most cherished values of civilization.

"Jojo Rabbit" In New Zealand-born filmmaker Taika Waititi's humane and daring black comedy, an imaginative and deeply lonely 10-year-old German lad (Roman Griffin Davis) tries to be an upstanding member of the Hitler Youth, who are encouraged to spy on their parents and neighbors, and turn them in for violations of Hitler's murderous agenda. To his dismay, Jojo learns that his single mom (Scarlett Johansson) is concealing a young Jewish girl (Thomasin McKenzie) in their attic. Assisted by his imaginary pal Hitler (deftly played by Waititi), Jojo needs to face down his blind allegiance to the Nazi cause.

"Raise Hell: The Life & Times of Molly Ivans" Back in the good old days when red-state Texas was firmly in the grip of good-ol'-boy pols, the best place to get the scoop on what oil money was up to was Molly Ivans' reporting in The Texas Observer. Born into a rich family, Ivans gleefully became a class traitor whose muckraking columns took into account the state's growing queer communities.

"One Child Nation" The unexpected consequences of China's one-child-per-family policy are explored.

"Love, Antosha" A moving tribute to Anton Yelchin, the Russian-born, curly-haired imp whose 69 film credits included stints opposite Anthony Hopkins and for Nick Cassavetes. LGBTQ viewers should satisfy their Yelchin fix by catching his starring role in the TV-movie "Jack," based on an A.M. Holmes young adult novel. Yelchin's Jack is passing through puberty when he learns that his dad (Ron Silver) has come out as gay. He discovers that the girl of his fantasies also has a gay father. After a bit of acting out, Jack beautifully comes to terms with his family ties, a trait for growth and redemption that the real-life Anton appears to have had in abundance.

"Ms. Purple" In Justin Chon's melancholy but moving drama, a young Korean-American woman is torn between her desire to look after her dying father, her need to reconnect with her estranged younger brother, and the cruel realities of her job as a karaoke hostess paid for trying to please sadistic, drunken men.

"Mike Wallace Is Here" Alvi Belkin's life of Myron Leon.
"Mike" Wallace reveals him to have been an emotionally complicated man who suffered from crippling depression that led him to the brink of suicide. Wallace made a widely-seen PSA urging viewers to seek professional help for mental health issues.

"Sauvage/Wild" depicts the Paris male hustling scene of brutal acts and emotionally desperate people. Leo (seductive Felix Maritaud) is a 22-year-old hustler who spits in the wind. A true orphan, we never get a hint about where he's from. Writer-director Camille Vidal-Naquet, in his debut feature, ponders whether Leo will opt for a dangerous freedom or the suffocating safety of a stable relationship with "an ugly older man."

"The Kingmaker" Lauren Greenfield traces the bid for a comeback by the hopelessly corrupt family of Philippines ex-first lady Imelda Marcos.

"Richard Jewell" is Clint Eastwood's deft account of a miscarriage of justice set at the 1996 Atlanta Olympics. Jewell is a pudgy, hard-working security guard who wants to be accepted as a "real cop." Saving lives after a bomb goes off at the Games, Jewell's dream is derailed by a cynical FBI agent and a tabloid reporter. 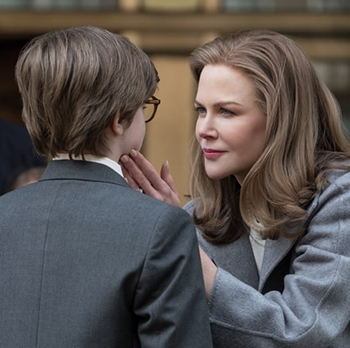 "63 Up" The ninth episode in Michael Apted's project to track the lives of a postwar British generation finds the survivors in a particularly lucid state.

"Bombshell" In a case of "blonde justice," the women of Fox News bring down their fat, far-right boss, Roger Ailes.

"The Goldfinch" Lavishly mounted art-thriller adapted from Donna Tartt's 2013 Pulitzer Prize-winning novel has a heartbreaking performance from the slightly-under-five-foot imp Oakes Fegley. He plays sweet-natured Theodore Decker, whose life is up-ended when a bomb explodes at the Metropolitan Museum of Art just as his mother is showing him the famous European painting "The Goldfinch." As the smoke clears, Theo is handed a small package containing the 1654 representation of a chained bird by Carel Fabritius, a 17th-century contemporary of Vermeer. He keeps it hidden away for most of the film as a memento of his dead mother.

Theo is virtually abducted into the Nevada desert by his alcoholic thief of a dad (Luke Wilson). He's befriended by Yugoslavian prankster Boris (Finn Wolfhard), whose silent-film-star good looks and devil-may-care attitude sustain his will to survive, while leading Theo into a lifetime addiction to snorting crushed pills. Allow the homoerotic friendship between Theo and Boris to be your takeaway from "The Goldfinch."