The French Had a Name for It: Take 6 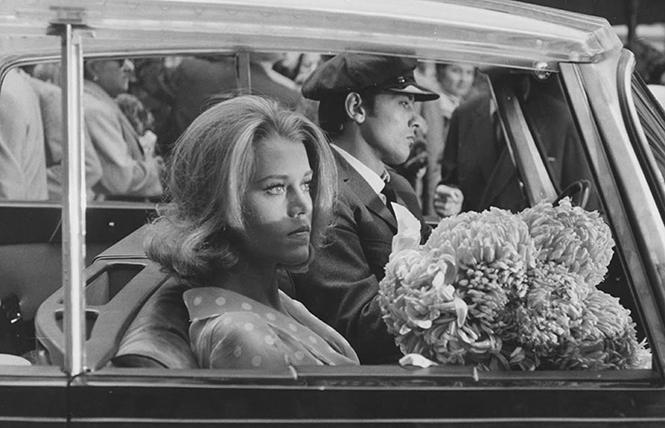 It's hard to beat the provocative, alluring title or argue with the success of the immensely popular noir series "The French Had a Name for It." The brainchild of its enthusiastic curator Don Malcolm, the sixth iteration, subtitled "The Sixties and the End of the Line," arrives with 15 thematically dark and perverse selections from the most fraught decade of French Noir. Sad to say, though, all good and wicked things must come to an end. The latest installment marks the culmination, if not the finale, of a five-year project that has unearthed 600 nearly forgotten, game-changing movies that until recently have languished in obscurity. Malcolm is taking a brief hiatus to finish a book on the subject, slated to be released next spring. Given his robust knowledge and vivid prose, it should prove to be a scintillating read. So get ready to savor the series' swan song for the next five evenings and afternoons at the Roxie Theater. When the doors close Monday, Malcolm will have brought 101 rarities to San Francisco audiences since 2014. This time around, with a roster of both famous and underappreciated directors at the helm, and great French stars like Yves Montand, Jean Rochefort and Jean Gabin (older and as suave and rugged as ever) lighting up the screen, there will be more deception, self-destruction, nefarious capers and dangerous liaisons than one person can possibly bear. 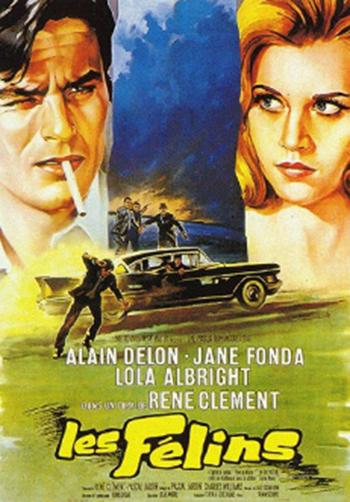 The Nouvelle Vague wades into the thick of the genre with "The Little Soldier," Jean-Luc Godard's lacerating critique of the French Algerian War, a work with political content so incendiary it was banned for three years. An unflinching look at the brutality of war and its moral, psychological and physical consequences, it weaves a tangled web of amour, espionage intrigue and graphic torture scenes that 60 years later remain difficult to stomach. Through the prism of a heist movie, Pierre Schoendoerffer's "Objectif: 500 Millions" (1966) focuses on war veterans wounded in more ways than one. Bruno Cremer portrays a tormented former army captain whose inner demons make him easy prey for a seductive, enigmatic woman (Marisa Mell) who tempts him with an opportunity to score big time in an airplane hijack/robbery scheme. But he soon learns she's a front for the same man who betrayed him during the Algerian conflict and landed him in prison. Torn by greed and hunger for revenge, his conflicting impulses threaten to do him in. "He's simultaneously volatile and withdrawn," says Malcolm. "A paradox inside an enigma inside a hand grenade."

Class warfare is taken to emotional extremes in "Les Abysses" (1963), which created a dust-up when it was released and was rescued from oblivion by a cadre of French intellectuals who came to its defense. The film tells the creepy story of the notorious 1933 Papin Sisters murder case by way of Jean Genet. (Genet reportedly had a friendship and an unconsummated crush on the film's Ethiopian-born director, Nikos Papatakis.) The two orphaned sisters, played by real siblings, are driven insane and bent on vengeance after enduring years of abuse and enslavement to a decadent, rotten-to-the-core aristocratic family residing in a hellish country house. No less than Simone de Beauvoir endorsed the movie, calling it a "magnificent and strange film where reason is on the side of madness, paradise in the depths of hell, [and] love is painted under the figure of hatred."

Sex is a frontier the French conquered long before their American counterparts (quelle surprise!), a trend that manifests in 60s noir and the explicitness on display in Friday's doubleheader. Shedding his psychopathic Tom Ripley persona in Rene Clement's "The Love Cage" (1964), the feral Alain Delon seethes and simmers as a cosmopolitan playboy who flees Paris in a hurry after one too many steamy assignations, a gang of thugs hot on his trail. In this gorgeous-man-in-peril saga, the man in question escapes to a mansion and finds fleeting refuge in the arms of a pair of dangerous beauties: a beautiful and willing widow (Lola Albright) and her nymphet cousin played by — wait for it — Jane Fonda. Unbeknownst to him, the women harbor a sinister secret. "Hexes" (1962), which shares the same bill, stars Juliette Greco as a femme fatale up to no good in a tale of lust and black magic that transpires on the remote island of Noirmoutier; one suspects Dr. Moreau can't be far away. A practitioner of the dark arts, she orchestrates the demise of the wife of her current object of desire, a veterinarian she meets when he comes to treat her pet cheetah, I kid you not. She believes that with the pesky wife out of the way, he can fulfill his destiny as her love slave. The oft-overlooked director Henri Decoin adapted the thriller from a novel by the celebrated crime fiction duo Boileau-Narcejac. Masters of the coldly calculated, diabolically engineered crime, they also provided source material for "Vertigo," "Les Diaboliques" and "Les Louves."