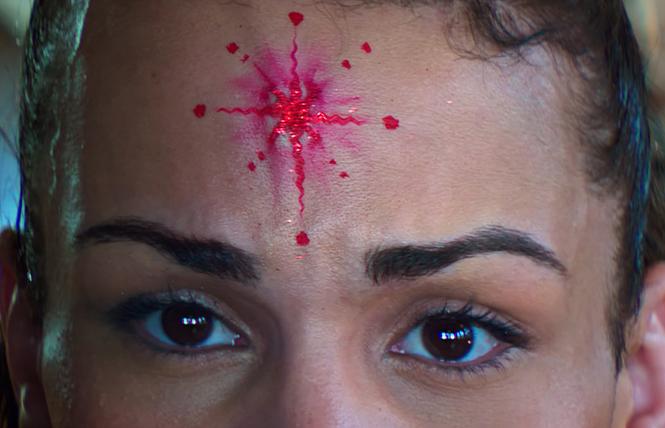 The San Francisco Transgender Film Festival (SFTFF) begins its 19th season at the historic Roxie Theater this month, Nov. 7-10. This eclectic showcase of films highlights the diversity of transgender experiences, and is especially important in light of the Trump administration's current attempts to destabilize and eliminate burgeoning civil rights protections for transgender individuals.

Transgender performer-activist Shawna Virago came aboard the San Francisco Transgender Film Festival in 2000. In an interview with the B.A.R., she explained her ethos behind the film festival.

Rae Raucci: How did you develop the San Francisco Transgender Film Festival, and how have your objectives for the show played out over the years?

Shawna Virago: SFTFF is the world's first and longest-running transgender film festival, and it's built upon social-justice-seeking, anti-assimilationist, anti-oppression principles. It was started by my friends Christopher Lee and Alex Austin, and they brought me officially into the team in the early 2000s. Our goal has never been to become a giant, glossy festival. We don't aspire to join corporate Hollywood — in fact, it's quite the opposite. We're proud of the complex, intersectional trans and gender-nonconforming lives, histories and communities we showcase.

What are you excited about in the films you chose for 2019? Any particular highlights coming up?

I'm excited by all the films, all the programs at this year's festival. Unlike most other festivals, SFTFF prioritizes and presents films that are made by trans and gender-nonconforming directors and filmmakers. It is profoundly important that trans people tell our own stories, instead of cisgender people telling our stories for us, and getting it wrong. This year's festival includes two programs with ASL interpretation and closed captions for deaf and hard-of-hearing audiences.

How do you feel about the changing landscape for trans films? Are things getting better for trans filmmakers and the venues where they can show their films?

We have a long way to go to see trans filmmakers truly honored and embraced. Trans people have been marginally discovered by Hollywood, but in a very uninspiring way. In any case, Hollywood or mainstream media have never been the focus of SFTFF. We're a bit like a punk music label: we reject corporate assimilation. Instead, we joyfully embrace underrepresented voices, DIY aesthetics, and are proud to present truly brave filmmaking, super-queer quirkiness and wild imagination. 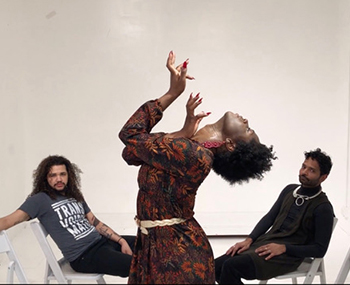 "The Whistle" (Nov. 8, 8 p.m., ASL interpreted) A feature documentary film about a special time and place in Southwest U.S. LGBT history, and the secret codes shared among young queers and lesbians in 1970s and 80s Albuquerque, New Mexico, as a means of self-identification and finding community. Directed by StormMiguel Florez.

"I-57" (Nov. 9, 7 p.m.) A mother tries to support her son and his gender identity by inviting a stranger to dinner. Featuring Pasean Wilson ("Gotham," "Striptease") and Cess Jones ("Orange is the New Black"). Directed by Livia Huang.

"Feeling like an Orchid" (Nov. 9, 7 p.m.) A peek into the life of Morticia and her significant others, D and Twon. While they find dating can be tricky even within the queer, trans, and POC communities, this open throuple navigates those awkward encounters knowing back home they will always reaffirm their love for one another. Directed by Nour Hajar.

"To Be with You" (Nov. 9, 9 p.m.) Alex is in Los Angeles for 24 hours to reclaim their father's ashes. Along the way, Alex finds an old love, a beauty in the city, and a final connection to the past. Directed by Elliott Feliciano.

"Tender" (Nov. 10, 4 p.m.) is the story of three black trans women, their inextricable connections to San Francisco's Tenderloin neighborhood, and the tensions caused by San Francisco's gentrification and housing crisis. Directed by Daryl B. Jones.

"Run!" (Nov. 10, 6 p.m.) is a mythography of nuclear technology, pesticides, and the question of transgender people fighting in the US military. Filmed at the Trinity Site where the first atomic bomb was detonated, along the edges of the Los Alamos National Laboratory, and at the abandoned Black Hole Museum of Nuclear Waste. Directed by Malic Amalya.