Children of a detainee 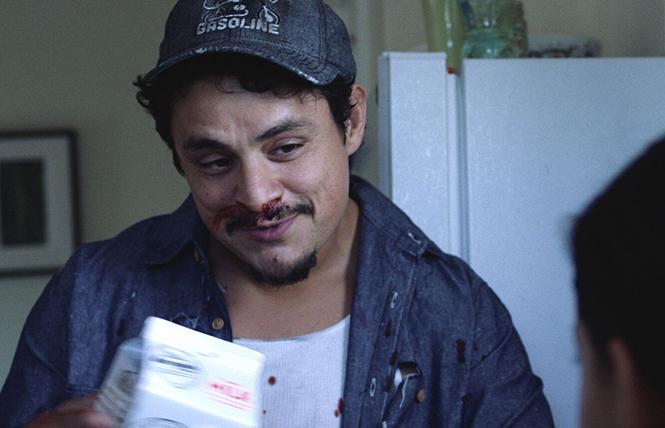 Evencio (Jesse Garcia) must take care of two children when their mother is detained by ICE in "Collisions." Photo: Mitchell Street Pictures

Bay Area director Richard Levien's "Collisions" opens Friday at the Roxie Theater. It's a ripped-from-the-headlines drama that overcomes its dime-store budget to create a gripping, sometimes funny account of two children trapped in the Orwellian world of Trump's immigrant-bashing policies.

The story kicks off early one morning in San Francisco's Mission District. A young Mexican immigrant mom, Yoana (Ana de la Reguera), answers a knock on the door only to be arrested by US immigration police (ICE) and taken to an ICE holding facility. Later that day, her two American-born kids, 12-year-old daughter Itan and 6-year-old son Neto, arrive home to discover their mom missing and their modest flat filled with broken furniture.

The kids are swept into the custody of a well-meaning but ineffectual caseworker from Child Protective Services, who delivers them into the chaotic world of their truck-driver uncle Evencio (emotional roller-coaster turn by veteran actor Jesse Garcia). As the kids discover, Evencio is a man of many faces and moods: sometimes the hardworking long-haul driver, sometimes the party-down oaf in search of cheap booze and rent girls, and sometimes the relative with a chip on his shoulder, along with a guilty conscience for having unwittingly assisted in the death of their dad in a hot stretch of desert between the Mexican border and a safe U.S. berth.

"Collisions" paints a compelling portrait of two young Americans growing up fast and struggling to survive unreliable adults and politically driven policies that see the children as collateral damage. As with many low-budget productions ($300,000 in this case), a great script is essential. Director Levien, himself an immigrant from New Zealand, concocted a gem with the help of veteran writer Malin Alegria. Another nod goes to Oakland-based director of photography Frazer Bradshaw, who co-produced.

Warning: "Collisions" comes with an intentionally open-ended third act. Audiences who have been pulling for these characters may leave the theater both moved and shaken.