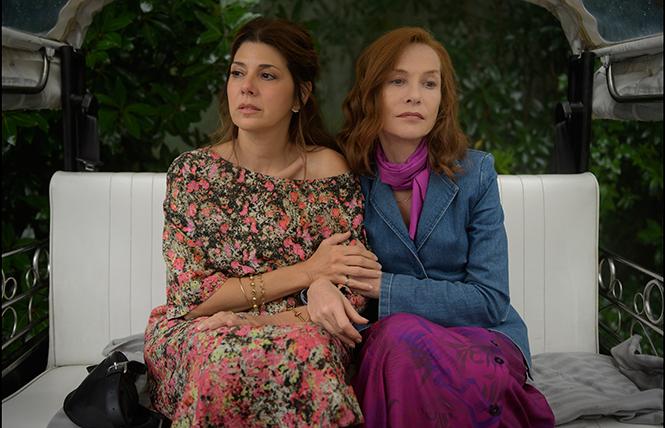 "Frankie" is the new family drama from openly gay, Memphis-raised writer-director Ira Sachs, opening Friday. The title character, an aging diva played by the magnificent Isabelle Huppert, summons her idiosyncratic extended family to spend "an early Christmas" at a resort on Portugal's remote but breathtakingly beautiful Atlantic coast. As in Sachs' baker's dozen of narrative films ("The Delta," "Little Men"), the story is enriched by pitch-perfect observations of human foibles combined with great casting choices. 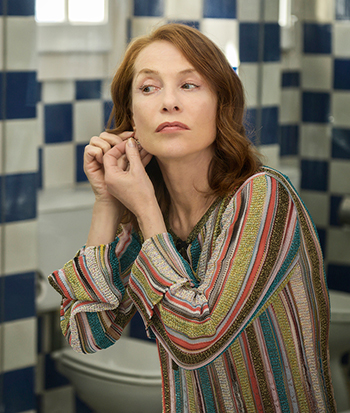 In "Frankie," the veteran actress Huppert demonstrates her dramatic range amassed over several decades of work, ranging from the mother-son obsessive drama "Ma Mere" (2004) to the eccentric. star-driven American indie comedy "I Heart Huckabees." The "Frankie" ensemble is fleshed out by Marisa Tomei as Frankie's close friend; Irish character actor Brendan Gleeson as her husband; Pascal Gregory as her gay ex-hubby; French hottie Jérémie Renier, known for his singular screen debut in the taboo-themed Francois Ozon feature "Criminal Lovers" (2001); and Greg Kinnear, who worked for Sachs in the moving teenage drama "Little Men" (2016). Spoiler alert: "Frankie" is driven by the cascading fallout from her extended clan's realization that Frankie is dying.

In a San Francisco conversation with Ira Sachs earlier this month, he explained that he didn't want to shoot the story in America, where Huppert would not necessarily feel comfortable, or in her native France, where Sachs feared he might not be able to operate at his best. The compromise of a small beach resort in a remote spot on the Iberian Peninsula allows for the drama to be both an emotional chamber-piece and an exhilarating cross-cultural relationship drama, at a time when conservative forces lash out at diversity on both sides of the Atlantic. Sachs said "Frankie" was partly inspired by a 1962 film by the great Indian auteur Satyajit Ray, who showed the consequences when East meets West in today's global film world. The choice of the Portuguese resort town of Sintra came from a visit to the town Sachs made as a teenager. The director was able to draw on observations he had made in a diary.