Scorsese season at the Castro Theatre 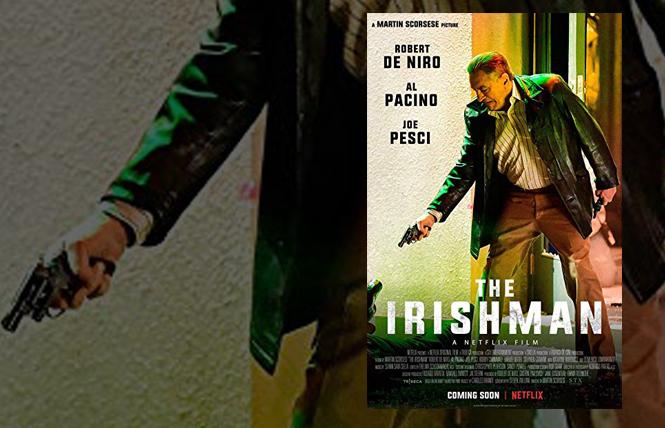 November at the Castro Theatre features a grand celebration of both the fiction and nonfiction films of Oscar-winning director Martin Scorsese, including his latest masterpiece, "The Irishman," a narrative exploration of the enduring mysteries surrounding the 1975 disappearance of Teamster Union leader James R. Hoffa. 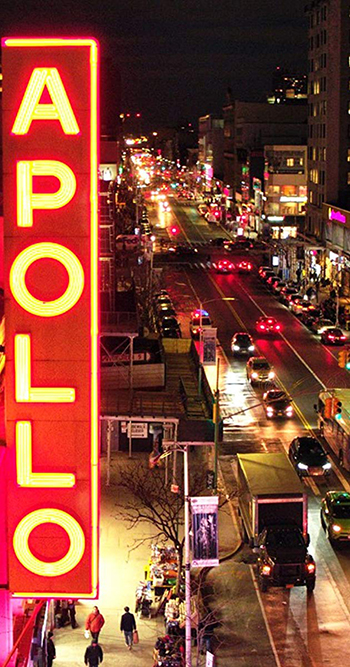 Doc Stories Opening Night: "The Apollo" Director Roger Ross Williams and producer Lisa Cortés are expected to attend. Special musical introduction by Fantastic Negrito. As a showcase for African American music and culture in America, Harlem's Apollo Theater is unique. Director Williams tracks its history with archival footage from the venue, with pivotal moments in black civic history for context, and preparations for a star-studded presentation of Ta-Nehisi Coates' "Between the World and Me." Performances and interviews include Patti LaBelle, Smokey Robinson, Eartha Kitt, Aretha Franklin, Savion Glover, and Redd Foxx. (11/1)

"A Hell of a Story" Q&A with director Kathy Griffin by Kate Kendell after screening. Hosted by Mark Rhoades. Benefiting the Richmond/Ermet Aid Foundation, emceed by Sister Roma. Comedian Griffin performs a new set in the aftermath of the fallout she experienced due to a controversial Trump-inspired photo shoot that threatened to end her career. (11/2)

Part of Doc Stories film series, "A Tribute to the Non-Fiction Films of Martin Scorsese," who is expected to attend. Beloved for his narrative fiction features "Mean Streets," "Raging Bull" and "The Departed," Scorsese also has a distinguished career as a non-fiction storyteller. Scorsese will appear for an onstage conversation about his documentary work following a screening of "Rolling Thunder Revue: A Bob Dylan Story" (2019). In summer 1975, Bob Dylan began a tour across America with an all-star group of singers and actors: Joan Baez, Sam Shepard, Ramblin' Jack Elliott, and Allen Ginsberg. Using gorgeously restored onstage and behind-the-scenes footage, and contemporary interviews, Scorsese explores artistic self-invention. (11/4)

"Linda Ronstadt: The Sound of My Voice" (2019) Ronstadt guides us through her early years of singing Mexican canciones with her family; her folk days with the Stone Poneys; and her reign as "rock queen" of the 70s and 80s. She was a pioneer for women in the male-dominated music industry, an early advocate for human rights, and had a high-profile romance with California Governor Jerry Brown. Her incredible voice was lost to Parkinson's disease, but her music and influence remain. With moving performance footage and appearances by collaborators including Dolly Parton, Emmylou Harris, Bonnie Raitt, and Jackson Browne, this bio-doc by Rob Epstein and Jeffrey Friedman ("The Times of Harvey Milk") celebrates a timeless artist. (11/6)

3rd i's South Asian Film Festival: Bollywood and Beyond. Diverse images of South Asians through independent film, the 17th annual festival will include work from India, Sri Lanka, Italy, the UK, and the USA.

"Namdev Bhau: In Search of Silence" A comic, offbeat take on the road movie journeys through the beautiful landscapes of Ladakh. Driven to the end of his wits by the cacophony of Mumbai, the noisiest city in the world, Chauffeur Namdev sets off to discover the fabled Silent Valley. (India)

"Children of the Sun" A period drama takes on caste conflict and British colonial rule in Sri Lanka in the early 1800s. (Sri Lanka)

"Bombay Rose" Bollywood at the Castro, an animated tribute. In hand-painted animation, a single red rose weaves together three fantastical tales. In chaotic Mumbai streetscapes, Bollywood cinema is satirized and romanticized. (India/UK/France/Qatar, 2019) (all 4, 11/9)

"Larger Than Life: A Celebration of Chris March" Local celebrity Chris March died on Sept. 5, 2019, but lives on in our hearts. Appearances by Joey Arias, Matthew Martin, Tom Orr, the cast of "Beach Blanket Babylon," Ethel Merman, and more. March made it to the finals of "Project Runway" Season 4. He went on to design for Beyoncé, Lady Gaga, Madonna, Meryl Streep and Prince. But he will be remembered most for his decade designing for "BBB." Free event, but please donate to support Lyric Center for LGBTQQ Youth. (11/16)