No room for haters in 'Jojo Rabbit' 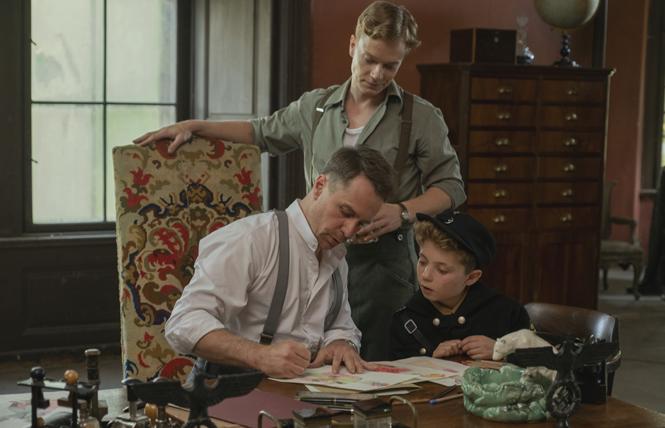 New Zealand-born filmmaker Taika Waititi's brilliant, humane and daring black comedy "Jojo Rabbit" opens Friday. An imaginative and deeply lonely 10-year-old German lad (Jojo), in a tour de force from 11-year-old newcomer Roman Griffin Davis, tries to be an upstanding member of his chapter of the Hitler Youth, whose members are encouraged to spy on their parents and neighbors and turn them in to the Nazi secret police for violating Adolph Hitler's racist agenda. The group appeals to the young Jojo for its snazzy uniforms, martial spirit and seeming pathway to successful WWII-era German adulthood.

But to his dismay, Jojo learns that his single mom (Scarlett Johansson) is concealing a young Jewish girl (Thomasin McKenzie) in their attic. Assisted by his imaginary pal Hitler (deftly played by writer-director Taika Waititi), Jojo needs to face down his blind allegiance to Hitler and the Nazi cause. To complicate things further, Jojo is developing a crush on the Jewish girl in the attic, who bluntly informs him, "You're not a Nazi, Jojo. You're a 10-year-old kid who likes dressing up in a funny uniform and wants to be part of a club."

Replies a thoroughly confused Jojo Betzler, "Nothing makes sense anymore." To which his chubby best childhood friend Yorki chimes in, "Yeah, I know. Definitely not a good time to be a Nazi."

One of director Waititi's real achievements is balancing his orchestration of this fantastical fable with the need to make periodic guest appearances as Adolph. In one such scene, the leader, not known for his empathy or ability to display vulnerability, confesses to a growing jealousy for Jojo's budding feelings for the Jewish girl in his attic. "You two seem to be getting on well!"

"Jojo Rabbit" gets very dark by the third act, when American GIs parachute into our hero's little village. We go from black-humor fable to a scaled-down version of "Saving Private Ryan" in which Jojo must reject Adolph and all his baggage. The scene where the kid stays in the picture on the side of the angels is witty and succinct. Endings matter, and "Jojo Rabbit" has a jolly good one.

It's hardly a coincidence that "Jojo Rabbit" arrives at a time when strong men are again preaching the gospel of hate. Speaking to NPR, Waititi asserted, "In 2019, do I really have to make a film whose message is, you shouldn't be a Nazi? At the end of WWII, there was a really simple rule: If you're a Nazi you go to jail, because there's no room in this world for you and those ideas. Now, sadly, in America, the law now is, if you're a Nazi, feel free to go to the town square and have a little rally, because you're protected by freedom of speech."

Waititi comes from New Zealand, a country that fought beside the British in WWII. He warns, "Today we're living in a world where leaders are very happy to promote ideas that were prevalent in the 1930s."