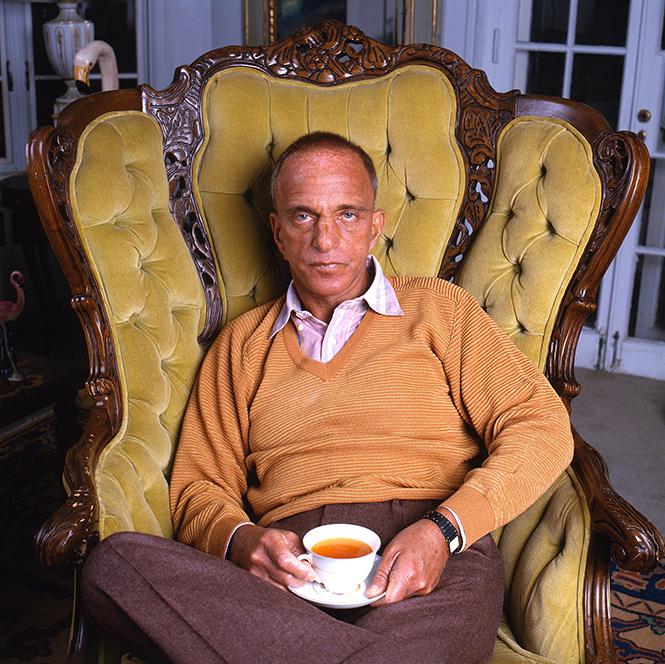 In his provocative and darkly funny new feature-length biopic "Where's My Roy Cohn?" director Matt Tyrnauer once again displays a remarkable ability to rummage around in our country's recent past as if it were an untidy closet, extracting painful mementos like a high school picture in blackface or the robes of a Klansman. This time out, the director of "Studio 54" returns to the dark side of celebrity.

Myths about the late Roy Cohn (1927-86) often begin and end with the image of a sewer rat-like creature whispering into the ear of a balding bully with mean eyes and threatening five o'clock shadow. Wisconsin US Senator Joseph McCarthy's anti-communist witch-hunt kicked off a political reign of terror that lasted until a TV white knight (CBS News' Ed Murrow) tricked McCarthy into overplaying his hand, leading to his censure by the Senate and premature death, a disgraced alcoholic demagogue mourned by few. Enlisting compelling new witnesses like famed New York magazine investigative reporter Ken Auletta, Tyrnauer paints a picture of paranoid, post-WWII America, where ambitious, unscrupulous politicians built careers and empires providing suitable scapegoats — Jews, commies, and of course, homosexuals — for tabloid headlines and television inquisitions.

Cohn, the only child of a Bronx Jewish couple, was his mother's pet, with a sense of entitlement. He grew up in the shadow of wealthy elitists like brothers John and Robert Kennedy. Cohn's career flew into high gear when he became counsel to McCarthy as the senator prowled the airwaves for witnesses who could be painted pink, if not red. The Senator overplayed his hand in the 36-day televised circus known as the Army-McCarthy Hearings, leading to the moment when the Army's lawyer Joseph Welch asked McCarthy, "Have you no sense of decency?" But Welch's own image as a liberal hero is tainted by his alliance with another set of rightwing forces equally bent on their own brand of witch-hunt.

The filmmakers paint an unflattering portrait of Cohn's post-McCarthy years, working as the personal attorney for Mafia dons, as well as a financier who sought the ruin of fabled companies — 5th Ave. Bus Lines, Lionel Toy Trains — for his own personal enrichment. Cohn's final days were grim. He died of AIDS at 59, all the while denying he was gay, despite overwhelming evidence to the contrary. In "Where's My Roy Cohn?" gay history gains a comic-book-worthy villain who stuck to his own unique set of values to the bitter end.

In the end, Cohn's most lasting legacy will probably be the Trump presidency. Cohn spent years grooming Trump into mastering his special dark arts. Opens Friday.