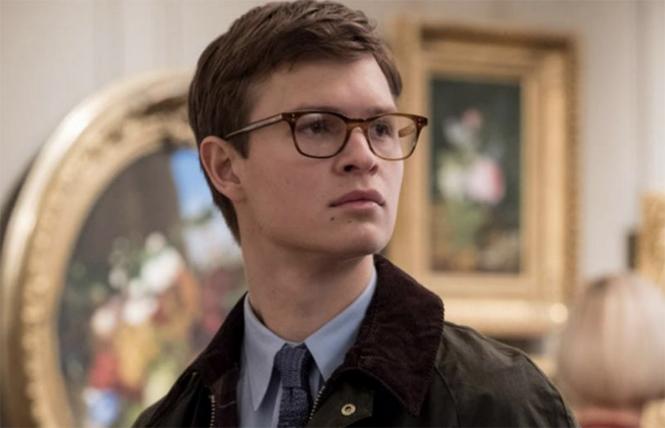 If you come away liking "The Goldfinch," a lavishly mounted art thriller adapted from Donna Tartt's 2013 Pulitzer Prize-winning novel, as I did, thank the casting gods for seeing that this overlong and confusingly plotted film has at its core a heartbreaking performance from an imp slightly under five-foot-tall, Oakes Fegley. Fegley plays a sweet-natured, owlish 13-year-old, Theodore Decker, whose life is tragically up-ended when a bomb explodes at New York's Metropolitan Museum of Art just as his mother is showing him a famous European painting, "The Goldfinch."

As the smoke from the explosion clears, Theo is handed a small package by a stranger, containing the painting, a 1654 representation of a chained bird by Carel Fabritius, a 17th-century contemporary of Vermeer. Theo accepts the painting, keeping it hidden away for most of the film as a memento of his dead mother.

For the next 150 minutes, Theo is cast along by the fates, at first becoming the ward of a kindly New York family, the Barbours, headed up by Nicole Kidman. Director John Crowley and screenwriter Peter Straughan do their best to be faithful to Tartt's densely plotted book while not abandoning the large part of the population who still can read but choose not to.

The enterprise gets a substantial boost when Theo is virtually abducted into the Nevada desert by his alcoholic thief of a dad (Luke Wilson), where he's befriended by a Slavic prankster named Boris (Finn Wolfhard), whose silent-film-star good looks and devil-may-care attitude sustain his will to survive, while leading Theo into a lifetime addiction to snorting crushed pills.

At this point (45 minutes in), "The Goldfinch" flashes forward to the adventures of the adult Theo (now portrayed by Ansel Elgort), who returns to New York to work for a mild-mannered restorer of antique furniture (Jeffrey Wright), as close to a reliable father figure as Theo will ever see. The weakest part of the film unfortunately arrives in the third act, when Theo and the now-adult Boris team up to defeat some Euro-trash mafia figures in a sequence both confusing and totally out of character with the preceding two acts.

"The Goldfinch" cries out for the test that an old screenwriting guru of mine advised me to apply when I was in doubt as to what a movie was truly about. "Watch it with the sound turned off, and you'll quickly learn what the filmmakers are up to." The sound-down test reveals the film to be a visually lush tale of a Dickensian teen whose tragic-orphan status is relieved by the unexpected arrival of a beautiful male companion. If you allow the homoerotic friendship between Theo and Boris to be your takeaway from "The Goldfinch," then your 2019 award-season viewing will have started on a truly lovely note. (Now playing.)