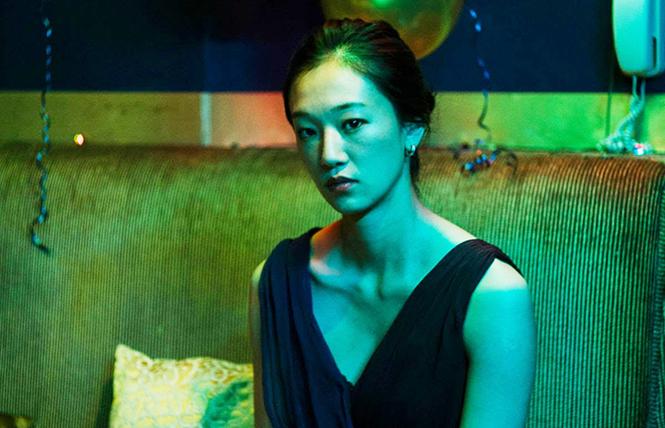 In director Justin Chon's melancholy but moving drama "Ms. Purple," a young Korean-American woman is torn between her desire to look after her comatose dying father, her need to reconnect with her estranged younger brother, and the cruel realities of the physical and mental harm inflicted on her in her job as a karaoke hostess trying to please a crowd of drunken, sadistic men.

Kasie's (Tiffany Chu) tightly circumscribed world begins to unravel when her dad's hospice nurse quits, tired of the pressures of caring for an elderly man whose only signs of life are the bedsores he develops if he isn't flipped over twice a day like a pancake on a grill. Kasie can't abandon her father, who raised her and her baby brother (Teddy Lee) when their mom walked out on them.

One of a number of films on family life from this year's Sundance Film Festival, "Ms. Purple" is a finely tuned meditation on the struggles of a young generation bravely attempting to provide for their elders while trying to stay afloat in a cutthroat SoCal society that has scant room for humane impulses. This heartfelt sibling drama is greatly enriched by Chu's impressive portrayal of Kasie, and by Lee's black humor in the film's more surreal scenes, where he appears to push his comatose dad's bed into the dangerous stream of California traffic.

Octavio Pizano impresses as a wannabe boyfriend, and James Kang is terrific as the dad, in sunnier days when he expresses his love for Kasie, and in fits of rage. "Ms. Purple" joins a growing body of low-budget indie films that use a melodic jazz score to bridge what might otherwise be disconcerting transitions in the story. Opens Friday.