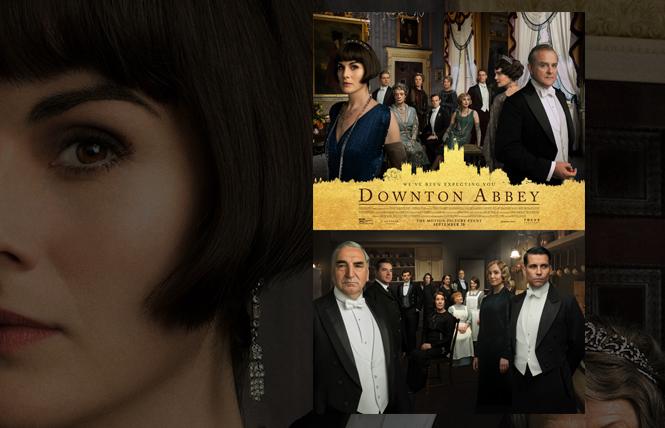 The Castro Theatre goes mostly British in the final weeks of September as the theatre plays host to the big-screen version of "Downton Abbey." The theatre also rocks with musical treats Aretha Franklin in "Amazing Grace" and a powerful 1972 soul event, "Wattstax"; queer docs "Paris Is Burning" and "Before Stonewall"; a cooking doc with Bay Area foodie Alice Waters; and that all-time Castro fave, "The Wizard of Oz," in a special matinee.

"Grease Sing-A-Long" The camp treasure from 1978 is still packing them in, with special admission prices, hosts and audience goody bags. (9/13)

"Amazing Grace" In 1972, at the height of her Top 40 pop-star career, Aretha Franklin returned to her roots and gave a rock-the-church soul concert that would become the basis of her best-selling album. Directed by Sydney Pollack and featuring the soul star Rev. James Cleveland, this is a not-to-be-missed piece of pop-music history.

"Wattstax" Held to mark the seventh anniversary of the 1965 Watts riots in 1972, this Stax Records-sponsored event featured stars like Isaac Hayes, the Staple Singers, Rufus Thomas, the Bar-Kays and standup hosting from then-little-known comic Richard Pryor. (both 9/15)

"The Wizard of Oz" (1939) With two directors (Victor Fleming credited, King Vidor providing an anonymous assist), the songs of Harold Arlen and E.Y. Harburg, and the debut of a 12-year-old leading lady with quite a set of pipes, "The Wizard of Oz" never fails to lift spirits with its "There's no place like home" theme. With Judy Garland, Ray Bolger, Frank Morgan, Bert Lahr, Jack Haley and the witch you love to hate, Margaret Hamilton. (9/15, 2 p.m. matinee)

"Paris Is Burning" First released at the height of the AIDS crisis in 1990, "Paris Is Burning" is a feature-length documentary where director Jennie Livingston embeds us with a subversive and nimble community of gay and trans, white, black and brown kids who, in the upper precincts of mid-1980s Manhattan, invented vogueing, a style of dancing so layered, intricate and private that people residing even a few blocks away may have been completely unaware of its existence. The film wows its mainstream audience with a thrilling backstage view of young Latinx and African American dancers staging their own fantastic drag balls.

"Before Stonewall" Co-directors Greta Schiller & Robert Rosenberg provide an entertaining backstory to the Gay Pride movement that many think arose straight out of the head of Zeus during the week of riots begun at New York's Stonewall bar. This doc, narrated by lesbian novelist Rita Mae Brown, flashes back to 1900 to flesh out the extraordinary birth of a people. (both 9/16-17)