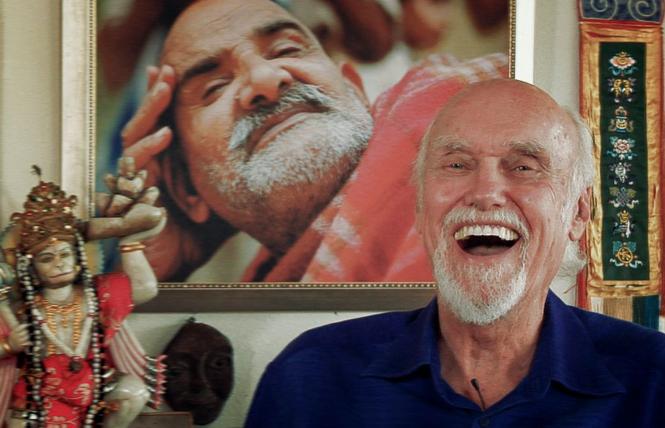 Heading into the Fall awards season, film critics and fans alike have to scramble not only to locate the choicest viewing fare, but also to decide just how many film and video portals they must purchase to get the "good stuff."

"Becoming Nobody" is director Jamie Catto's summation of his decades-long interest in the life arc that took Dr. Richard Alpert from a Harvard classroom to LSD experiments with Timothy Leary, to a total identity change as guru/philosopher Ram Dass. In a series of conversations with the director, Ram Dass displays showmanship and the ability to handle life's big questions. (Sept.)

"The Irishman" Here's a duel between a celebrated filmmaker and a hungry "streaming service" that's defending its subscriber business model while coveting a Best Picture Oscar. Director Martin Scorsese is debuting his latest crime-family masterwork at the New York Film Festival. This inside story on how the Mob got rid of former Teamster President Jimmy Hoffa marks the return of Scorsese's longtime partner Robert De Niro and the first appearance of veteran Al Pacino in a Scorsese film. According to The New York Times, if Scorsese gets his way, "The Irishman" will have at least a three-month window in movie theaters before being fed into the streaming maw.

"Raise Hell: The Life and Times of Molly Ivins" Raised by a no-nonsense Texas dad, sent to a prestigious college where she became a rebel ("It's really hard to be a Beatnik at Smith"), Molly Ivins was six-feet-tall and a thorn in the side of establishment figures, from an authoritarian Times editor to a frat-boy US President. An audience award-winner at Sundance, Janice Engle's witty bio shows the Pulitzer Prize-nominated force of nature as she takes on Republicans for their wicked deeds and Democrats for "their gutlessness." Ivins' 40-year career saw her puncture the inflated egos of politicians while hanging out with Texas Governor Ann Richards. (Sept.)

"Britt-Marie Was Here" Britt-Marie's orderly life is turned upside-down when her husband is caught cheating on their 40-year marriage. She begins anew in Borg, a small community where youth football reigns supreme. (Sept.)

"Jim Allison: Breakthrough" Maybe the only Nobel Prize winner in Medicine to have jammed with Willie Nelson, James Allison's research into the body's immune system in battling cancer is at the center of this in-depth documentary. (Oct.)

"Midnight Traveler" Afghan director Hassan Fazili's film is the product of his encounter with a dangerous band of critics: members of the Taliban. After the terrorists put a bounty on his head, he fled the country with his wife and two young daughters. Fazili documents a harrowing trip across borders, the dangers facing refugees seeking asylum, and bonds of love shared inside a family on the run. (Oct.)

"Pain & Glory" An aging filmmaker (Antonio Banderas) grapples with a shaky future and the circumstances that shaped his successful but troubled life, in Pedro Almodóvar's self-reflective consideration of identity and desire. (Oct.)

"Serendipity" The story of Prune Nourry, a French multi-disciplinary artist and breast cancer survivor. The film combines the artist with the cancer patient, providing an assessment of her oeuvre and its relationship to her illness. (Oct.)

"Mister America" follows Tim Heidecker's delusional attempt to enter politics. After escaping a murder charge for selling defective e-cigarettes at an EDM festival, Tim runs an absurd campaign to unseat the San Bernadino D.A. Fueled by ego and ignorance, he tries to surmount a lack of experience, funds and likeability by connecting with constituents. It does not go well. (Oct.) 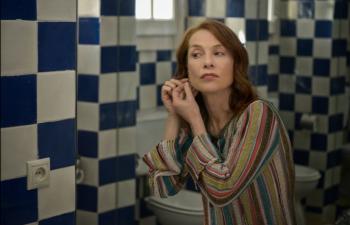 "Scandalous" For over 60 years, the National Enquirer has pumped out salacious stories, stretching the limits of journalism and blurring the lines between truth and fiction. This is the no-holds-barred story of how the supermarket tabloid wields power in the age of Trump. (Nov.)

"Little Joe" Alice (Emily Beecham) is a single mother and plant-breeder at a corporation that develops new species. She has engineered a crimson flower remarkable for its beauty and its therapeutic value: if kept at the ideal temperature, fed properly and spoken to, this plant makes its owner happy. Against company policy, Alice takes one home as a gift for her teenage son, Joe. They christen it "Little Joe." But as the plant grows, so does Alice's suspicion that it may not be harmless. (Dec.)

"Cunningham" explores fabled dance star/teacher Merce Cunningham's artistic evolution over three decades of taking chances (1944-72), from his youth as an aspiring dancer in postwar New York to his triumph as visionary choreographer. 3D technology weaves his story together with dance, music, and never-before-seen archival material. (Dec.)

"Shooting the Mafia" We watch up-close as Italian photographer Letizia Battaglia documents the life and crimes of the Mafia. (Dec.)