Before 'Drag Race,' there was 'The Queen' 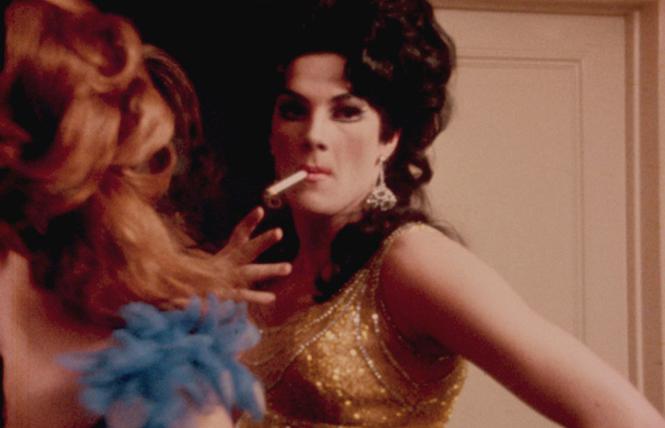 First released in 1968, Frank Simon's "The Queen" is an historic documentary about a drag pageant/beauty contest that took place in New York City in 1967. The film has rarely been screened since, but has now been fully restored by Kino Lorber and will open on Aug. 2 at the Clay in San Francisco and the Shattuck in Berkeley. The film will screen with "Queens at Heart," a restored short.

Filmed two years before the Stonewall riots, when homosexuality and dressing in drag were still illegal in New York State, "The Queen" recalls a courageous group of gay men who weren't afraid to be themselves. Shot mainly with hand-held cameras and featuring minimal narration, the film packs a lot of information into its 66-minute running time. As it opens, viewers are introduced to a young man who introduces himself as Jack. He produces drag pageants all over the country, not only serving as producer, but as choreographer and host. Jack appears onstage as Sabrina, a character he describes as a "Bar Mitzvah mother." Almost from the beginning Sabrina is forced to deal with the anti-gay prejudices that were the social norm of the era. He has to find a hotel that will take all of his drag contestants. 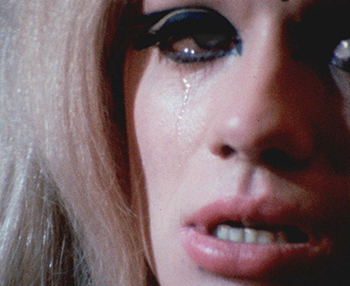 Once inside their hotel rooms, the contestants talk about some of the issues they face in their day-to-day lives, such as whether or not their families accept them, the possibility of gender reassignment surgery, and the draft — the Vietnam War was underway. Two contestants recall being rejected by the draft for being gay: one admits that she wrote to the president, saying that she wished to serve so that she could help to protect the country.

"They couldn't help me in the army as of yet, but maybe one day they'll see things right and I could get in," she says.

Sabrina works with the contestants, rehearsing with them the routines they'll be performing in the pageant. Tension crops up when a young contestant who's introduced as Richard, but who performs under the name Harlow, throws a diva fit when her platinum-blonde wig goes missing. Always in control, Sabrina and her assistants tend to the matter. Harlow is a younger contestant. She has sparked some resentment among other contestants because she hasn't paid her dues. Harlow had won the first contest she had ever competed in. The other contestants had to work their way up the ladder. Harlow particularly incurs the ire of Crystal, a black queen who feels she's more beautiful and talented than Harlow.

Though the film doesn't explicitly address the racial disparities in the queer community, there is an implication that as a black performer in a white-run pageant, Crystal felt she didn't stand a chance of winning. When Harlow is announced as the winner, Crystal storms off the stage in front of the audience.

Today "The Queen" is a fascinating look back at another era. The performers seen in the film were willing to take risks. The police could very well have raided the event and carted them all off to jail, and they knew it. Yet they stood their ground. They were courageous people who laid the groundwork for the popular and respected drag culture that exists today. These queens should not be forgotten.