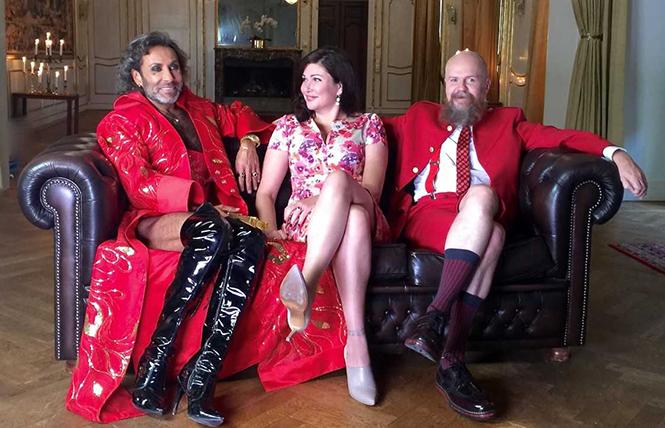 From "Army of Lovers in the Holy Land." Photo: Courtesy SFJFF

The 39th edition of the San Francisco Jewish Film Festival unspools July 18-28 at the Castro Theatre, July 20-25 in Palo Alto, July 25-Aug. 1 in Albany, Aug. 2-4 in Oakland, and Aug. 2-4 in San Rafael. The offerings include a documentary on a queer Israeli disco band ("Army of Lovers in the Holy Land") and portraits of two Jewish film icons, "Casablanca" director Michael Curtiz ("Curtiz") and Petaluma-born New Yorker film critic Pauline Kael ("What She Said: The Art of Pauline Kael").

"Fiddler: A Miracle of Miracles" The Castro Opening Night doc provides a moving and highly entertaining history of one of Broadway's longest-running and most cherished musicals. Launched in 1964, "Fiddler on the Roof," (music by Jerry Bock, lyrics by Sheldon Harnick; book writer Joe Stein, director-choreographer Jerome Robbins) ran for a record 10 years and taught a generation of theatergoers about late-19th century Russian Jewish life, based on the stories of Sholom Aleichem. Director Max Lewkowicz will appear for a post-film Q&A. (Castro, 7/18) 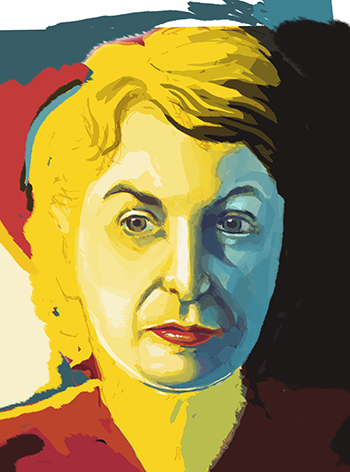 From What She Said: The Art of Pauline Kael. Photo: Courtesy SFJFF

"What She Said: The Art of Pauline Kael" The daughter of a Petaluma egg farmer, the late Pauline Kael (1919-2001) had a daughter by a gay man (Bay Area poet James Broughton), programmed an East Bay art-house cinema, and began what would prove a five-decade-plus film-critic career by delivering capsules for the Pacifica Foundation's KPFA Radio in Berkeley. Curiously, her lavender connection would cause some Kael detractors to accuse her of homophobia when perhaps she was merely being true to her deeply contrarian roots. Rob Garver's engrossing new bio-doc makes liberal use of rarely seen archival footage with filmmakers whose work was praised or assaulted in Kael's long-running New Yorker column. (CineArts, 7/20; Castro, 7/28; Piedmont, 8/4)

"Army of Lovers in the Holy Land" In a doc likely to be a LGBTQ audience favorite, Asaf Galay presents the singular journey of queer disco-pop band Army of Lovers, whose charismatic frontman Jean-Pierre Barda moves them from their home in Sweden to the flowering desert of Israel. The film examines the age-old question of the attraction of immigration to Israel, even for Jews who are not facing persecution in their countries of origin. (Castro, 7/26; Albany Twin, 7/28)

"Curtiz" From "Here's looking at you, kid," to "We'll always have Paris," the 1942 classic "Casablanca," shot at Warner's Burbank studios at a time when the outcome of the Allied struggle against Nazi aggression was anything but certain, continues to resonate with the fates of ex-pats and refugees on a chaotic, shrinking planet. Hungarian filmmaker Tamas Topolanszky honors his countryman, "Casablanca" director Michael Curtiz, with a detailed profile of how this artist (with 200 films to his credit) managed to bring this timely war romance into theaters despite the misgivings of studio executives. The awesome cast (Bogart, Bergman, Rains and Veidt) was assembled while, at the same time, Curtiz was desperately attempting to ferry family members out of Nazi-controlled Europe. Featuring an onstage chat between noir expert Eddie Muller and Curtiz biographer Alan K. Rode. (Castro, 7/20; CineArts, 7/24; Albany Twin, 7/27)

"Cooked: Survival by Zip Code" Chicago, America's historic "Second City," recently elected its first black lesbian Mayor. This hard-hitting nonfiction film reveals why this political upheaval may have come just in the nick of time. Docmaker Judith Helfand probes a deadly 1995 heat wave that took at least 739 lives in Chicago's poorest neighborhoods. Helfand deftly connects the climate-change dots from Chicago's "unnatural disaster" to Hurricane Katrina, which drowned historic New Orleans, to an East Coast superstorm that flooded parts of Long Island. Helfand recalls when Chicago Mayor Richard Daley appointed a task force to address the heat storm that brought temps in the Loop up to toasty 104 in the shade. She quotes a local sage, "No one ever appoints a task force to discover the cause of a problem, only to make it go away." Plays as part of the fest's Freedom of Expression Award to filmmaker Helfand, who'll be on hand at the Castro (7/22; CineArts, 7/24; Piedmont, 8/3).

"Advocate" In this time-shifting bio-doc Rachel Leah Jones profiles Israeli defense attorney Lea Tsemel as she defends clients her country's prosecutors, media and citizens consider terrorists. Tsemel takes on the case of a Palestinian teenage boy charged with a knife attack on a pair of Jewish teens. She also sticks up for a traditionally garbed Arab woman accused of being a suicide bomber. Israel's 2019 top doc is an unflinching look at a woman who hangs out in a very bad neighborhood, with only words to protect her and her clients. (Castro, 7/27; Albany Twin, 6/28)

"Carl Laemmle" James Freedman provides an extraordinary profile of a German Jewish man who battled master American inventor Thomas A. Edison for access to the burgeoning film industry, from the early silent era to the decade of movie monsters ("Dracula," "Bride of Frankenstein"), then went on to rescue European Jewish families from the Holocaust. Many LGBTQ film fans will be fascinated by Laemmle's role in providing gay director James Whale the opportunity to create "Bride of Frankenstein," one of the all-time great exercises in big-screen horror. (Castro, 7/19; CineArts, 7/20; Albany Twin, 7/27; Smith Rafael, 8/2)

"American Muslim" Following Trump's intemperate attempts to ban Muslim immigrants from a host of Middle Eastern countries, Adam Zucker takes us on a tour of Islamic communities throughout the five boroughs of New York City. From longtime American citizens to wary recent immigrants, Zucker portrays a pivotal time in the lives of human beings, many of whom arrived here fleeing abuse from the very dictators the president opposes. (Castro 7/22; Albany Twin, 7/26)

"Before You Know It" Hannah Pearl Utt embeds us with a New York theater family just as their lives are coming unstuck. Watching helplessly as her stubborn playwright dad (Mandy Patinkin) dies with his boots on, Rachel discovers that the deed to their Greenwich Village theater/home rests with a TV soap-opera-actress mom they had long thought dead (diva turn from veteran Judith Light). (CineArts, 7/20; Castro, 7/21; Albany Twin, 7/26)

"Seder-Masochism" An animated musical version of the stories around Passover and the Exodus, Nina Paley's film explores the pressing question of women's role in a traditionally male-dominated faith. (Castro, 7/21; Piedmont, 8/3)