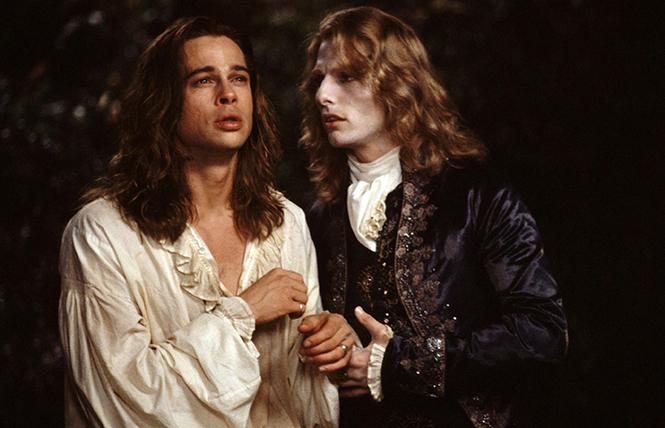 Oh, the horror! The fairer sex has been concocting Gothic tales of ghosts, monsters, supernatural phenomena and science run amok! Just look at the latest installment of Modern Cinema, "Haunted! Gothic Tales by Women," a series of dark, atmospheric tales penned by women and transformed into movies. The summer program of two dozen films at SFMOMA includes adaptations of literary works by authors ranging from the Bronte sisters, Mary Shelley, Harper Lee and Daphne du Maurier to Toni Morrison, whose "Beloved," a Southern Gothic drama about a bedeviled former slave, was turned into a film by the late Jonathan Demme, starring a hard-to-miss Oprah. The vampire lore of successful novelist Anne Rice was fodder for Neil Jordan, who helmed "Interview with a Vampire," an acquired taste with Tom Cruise and Brad Pitt as exceedingly pale, 18th-century bloodsuckers. (Rice wrote the screenplay.) In Farsi and packing a super soundtrack, Ana Lily Amirpour's stylish, self-assured debut feature "A Girl Walks Home Alone at Night" represents a contemporary feminist take on the horror genre with a romance and a few Spaghetti Western tropes thrown in. Shot for a pittance in moody, high-contrast black & white in Kern County, it stalks a lonesome, hijab-wearing vampire and sometime skateboard enthusiast bent on vengeance in Bad City, a dead-end, Iranian ghost town.

Most of the stories here impart a reminder that civilization hangs by a thread. They also come with a subtext of repressed desire and forbidden impulses that, once triggered, wreak havoc and are impossible to control. Blink your eyes and that sounds like a metaphor for society's fear and loathing of female sexuality. 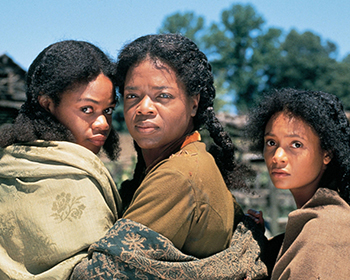 Themes often center on human frailty, the grotesque, buried secrets or trauma, the fear of strangers and the unknown — especially in cellars, pitch-black hallways and behind creaky doors — and of course, the perils of hubris. The latter is exemplified by the series' opener, "Frankenstein," James Whale's 1931 classic about the consequences of playing god like the young Dr. Victor Frankenstein, who, in a mad laboratory experiment, reanimates a corpse (a great Boris Karloff in lurching mode). It flees into the night, terrorizing a Bavarian town; hunted by a boisterous mob carrying torches, the monster doesn't fare too well, either. Mary Shelley, who wrote the novel on which the film is based during a succession of stormy nights in Lord Byron's mansion on Lake Geneva, published the book anonymously in 1818, when she was 20. Her authorship wasn't revealed until 1823, though outliers claim she didn't write it.

Among other classics on tap is Jean Cocteau's masterpiece "Beauty and the Beast" (1949). The beguiling fantasy, drawn from a 1757 fairy tale by Jeanne-Marie Leprince de Beaumont, melds magic spells, Greek gods, greedy siblings and the belief that love conquers all into a whimsical, truly divine package that evokes the illustrations of Gustave Dore and the paintings of Vermeer. In the mythical tale, a young woman sacrifices herself to save her father, who has been condemned to death, by surrendering to the Beast (the incomparable Jean Marais, under layers of makeup). To her surprise, she grows fond of the kind-hearted creature, and he falls in love with her, proclaiming he'll die of a broken heart should she ever abandon him. Note the ingenious special effects achieved without benefit of CGI, and the talking candelabras in the Beast's enchanted castle. I'd trade all the subsequent versions put together for 95 minutes with Cocteau's haunting creation. Once seen, it's not easily forgotten. 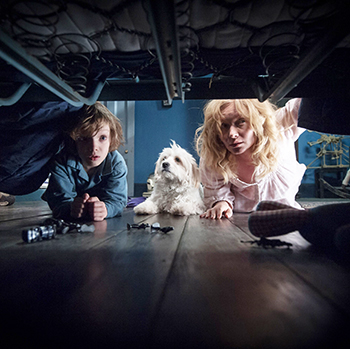 Second wives have a hard enough time without the specter of Rebecca, whose presence looms as large in death as it did in life in Daphne Du Maurier's best-selling 1938 Gothic novel of the same name. Hitchcock took the book and ran with it, casting Joan Fontaine as the naïve young woman who's brought like a lamb to slaughter to Manderley, the grand seaside estate of the aristocratic, much older Maxim de Winter (Laurence Olivier), who marries her after the mysterious death of his perfect first wife. From the get-go, the new Mrs. de Winter must contend with the imperious Mrs. Danvers (Judith Anderson), a specialist in the sinister art of psychological torment. Dressed in the black of perpetual mourning, her devotion to the dead Rebecca having long ago crossed over into obsession — some have speculated her feelings for her mistress were sexual in nature — Danvers reviles the usurper and sabotages her at every turn.

Olivier is in seething, feral form as Heathcliff, the brooding romantic hero of William Wyler's adaptation of Emily Bronte's "Wuthering Heights." His windswept period film (1939), chilled by the Yorkshire moors and mental cruelty, shares an all-Bronte triple bill with Andrea Arnold's brutal 2011 interpretation. With hand-held camera work, spare dialog and a barely suppressed savagery only hinted at in Wyler's movie, it's an unflinching depiction of racial violence, socio-sexual politics and thwarted desire. Cary Fukunaga's superb, exceptionally moving version of Charlotte Bronte's "Jane Eyre" (2011) features simmering chemistry between a tortured Rochester worthy of romantic obsession (a taunting, sexy Michael Fassbender in one of his best performances) and the orphaned, independent-minded Jane. She's played with spine, vulnerability and a combination of tenderness and wariness by the phenomenal Mia Wasikowska, who radiates the character's emotional intelligence in every frame.

It seems I've saved the scariest for last: "The Babadook," the story of a widow trying to restart her life and assuage her six-year-old son's crippling fear of monsters. No such luck. A terrifying demon in a top hat emerges from the pages of an evil pop-up children's book, and confirms his worst fears and then some. Aussie writer-director Jennifer Kent delivers us into thrills-and-chills territory and leaves us there, helpless and unable to escape. Don't watch it by yourself late at night. I had to sleep in the living room with the lights on after this one.