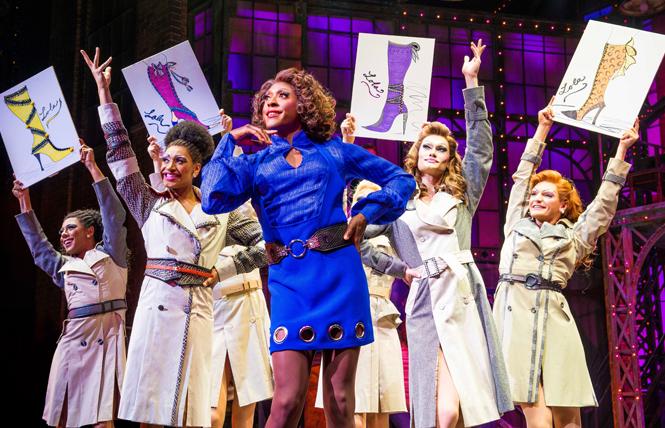 The political, legal and spiritual battles for survival facing LGBTQ people around the globe are examined in an array of fiction and nonfiction, full-length and short-subject films from dozens of countries at Frameline 43.

Continuing the emphasis on transgender rights from last year's festival, we learn how traumatic it can be to experience violence at the hands of your own family. In the words of one young man from Syria, his murder would have been considered an honor killing by some members of his conservative religious community. Frameline 43 allows you to experience earth-shattering changes in parts of the world whose citizens are just beginning to recognize the common humanity of same-sex-oriented people. Frameline 43 unspools June 20-30 at the Castro, Roxie and Victoria venues in SF, as well as the Shattuck in Berkeley, and the Piedmont in Oakland.

"Vita & Virginia" Fans of Virginia Woolf's 1928 novella "Orlando" should appreciate Chanya Button's curtain-raising drama. With star turns by Elizabeth Debicki as Woolf and Gemma Arterton as lover Vita Sackville-West, "Vita & Virginia" brings to life one of the great lesbian love affairs of the 20th century. An intriguing blend of literary bio and romantic mystery, this is a costume drama with a supporting turn from "Blue Velvet" star Isabella Rossellini as Vita's severely disapproving mom. As the two different novelists begin exploring each other's minds and bodies, their relationship sparks a creative surge in Woolf, who uses the androgynous Sackville-West as inspiration for "Orlando." (Castro, 6/20)

"Sid & Judy" Judy! Judy! Judy! Director Stephen Kijak's world premiere bio-doc commemorates a half-century since the death of the extravagantly talented and tragically short-lived singer/film star Judy Garland. Her career spanned four decades, highlighted by "The Wizard of Oz," her early-1940s comedies with fellow kid star Mickey Rooney, a series of MGM musicals, brilliant late-career supporting turns ("Judgment at Nuremberg") and CBS-TV's "The Judy Garland Show." Revealing and poignant, the film is rich with spectacular clips and rare concert footage, told through the memoirs of the man who, for a tumultuous decade, was her confidant, producer, and husband, Sid Luft. (Castro, 6/26)

"Before You Know It" Fresh from 2019 Sundance, Hannah Pearl Utt offers a smart, funny, heartfelt family drama about the eccentric Gurners, perched atop their business, a community theater in Lower Manhattan. Stars co-writers Jen Tullock and Utt, alongside Judith Light, Mandy Patinkin, and Alec Baldwin. (Castro, 6/24)

"Temblores (Tremors)" Director Jayro Bustamante focuses on sophisticated Pablo as he reveals he's leaving his wife and kids to join his male lover. In an evangelical part of Guatemala, Pablo's parents, wife, employer, and pastor set about destroying this errant man. A bold demonstration of the impact that religious and social prejudice can have on queer lives. (Castro, 6/25)

"Bit" Director Brad Michael Elmore's American premiere concerns a summer vacation in LA that quickly turns into a fight to survive for Laurel (Nicole Maines), a transgender teenage girl who falls in with a quartet of queer feminist vampires. Unsure if they want to kill her, eat her, or recruit her, Laurel tags along with the bloodsucking clique as they rid the streets of predatory men in this madcap, gory take on a coming-of-age tale. (Castro, 6/22)

"Trixie Mattel: Moving Parts" Director Nick Zeig-Owens presents a behind-the-scenes exposé of "RuPaul's Drag Race" star and country music songstress Trixie Mattel, a glimpse into the backstage drama of a drag superstar. Following Trixie through a musical world tour and the genesis of her "Viceland" series with Katya, "Moving Parts" showcases the glitz and glamour of fame, and its pitfalls when you have a legion of fans watching your every move. (Castro, 6/25)

"Kattumaram" Director Swarnavel Eswaran takes us to a small tsunami-ravaged Indian village where a fisherman works to care for his orphaned schoolteacher niece, Anandhi. Despite constant pressure from her uncle and conservative society, Anandhi refuses to be married off. It isn't until a new friendship with a fellow female teacher blossoms that people begin to suspect why. (Roxie, 6/23; Shattuck, 6/27) 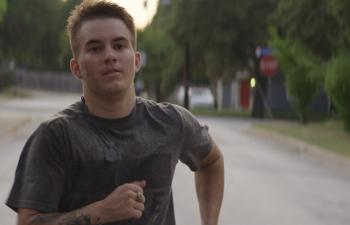 "Changing the Game" Michael Barnett's timely doc examines the fight of trans athletes to compete against other men. At the heart of the film is a trans man who wants to wrestle against other men, but is barred from doing so by state law. (Castro, 6/23) 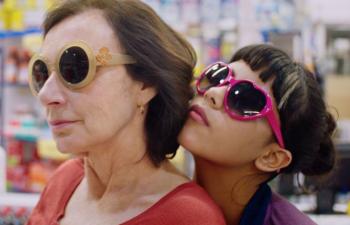 "Straight Up" James Sweeney's story of a relationship between a possibly closeted man (Todd) and a straight-identified woman (Rory). (Castro, 6/24)

"Stray Dolls" Director Sonejuhi Sinha tracks the adventures of Riz (Geetanjali Thapa), a young Indian immigrant whose life in a lowdown motel is enlivened by teaming up with Dallas (Olivia DeJonge), a Dolly Parton-quoting Texan. Cynthia Nixon almost steals the show as their karaoke-singing, druggy boss. A lively crime drama that breaks all the rules. (Victoria, 6/22)