Couturier to the stars: 'Halston' 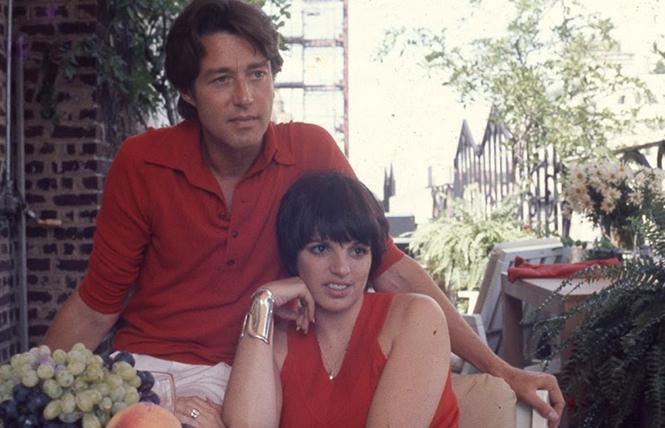 For years the cosmopolitan world knew him by a single name: Halston. As Frédéric Tcheng demonstrates in "Halston," his moving, deftly assembled film biography of the man who designed garments both practical and chic for women and men from New York to Beijing, Roy Frowick Halston was a complicated man. The enigma of his layered identity was comparable to that of his friend and artistic fellow traveler, Andy Warhol. Both men were flamboyant homosexual visual artists from humble roots — Halston from the cornfields of Iowa, Warhol from Pittsburgh, PA — who gave themselves flashy Pop Art personalities and reached the stars, both Hollywood and celestial.

Enjoying an active Midwestern childhood that included fishing and soapbox derby racing, Halston (1932-90) acquired sewing skills from his mom, and by his early 20s was making a living designing women's hats. His first claim to national fame arose when a pillbox hat of his design graced the head of Jackie Kennedy at JFK's 1961 inaugural. Voila! Halston was soon a national brand, a household word. The film shows him appearing on "What's My Line?" where his secret was that he'd created hot pants.

In quick order Halston made the move to Manhattan's Seventh Ave., where he produced his first ready-to-wear collection for the upscale Bergdorf Goodman emporium. Soon came his own salon and a position astride the top of New York's fashion industry. By the early 70s Halston was hanging with a fast crowd with frequently dropped names: Liza Minnelli, Martha Graham, Elizabeth Taylor, Marisa Berenson, Joel Schumacher. Filmmaker Tcheng assembles a large cast from Halston's army of friends and acquaintances, who speak of him with affection. Referring to the parallel ups and downs of her mom Judy Garland, Minnelli is visibly upset at Halston's public fall from grace, culminating in his death at 57, in San Francisco from AIDS complications.

We get candid assessments of Halston's growing drug habit and his increasingly reckless relationships with the "suits" who first provided and later withheld support for his lavish business and personal expenses. The film gives a detailed account of Halston's late-career decision to design a mass-market fashion line for the middle-class chain J.C. Penny's. When the news of the deal reached the papers, the head of Bergdorf Goodman was so incensed he ordered all Halston-branded products be immediately removed from his stores. Sadly too, upon his death (the night of the 1990 Oscars), many of his clothes were sold off at bargain prices rather than being given to museums for preservation. Halston's personal life is given comparatively short shrift, with a brief mention of a longterm lover and his passion for joining the jet-set crowd at Studio 54.

Halston's career set the stage for the emergence of other name-brand designers such as Calvin Klein. But in the end, Halston's own words give a sense of what gave him the most pleasure in life. Oscar night, 1975: "This is glamour! The stars, the palm trees, the weather, the glitter. I came with a dream of what the Academy Awards were like, and I'm going home with a full stomach." Opens Friday.