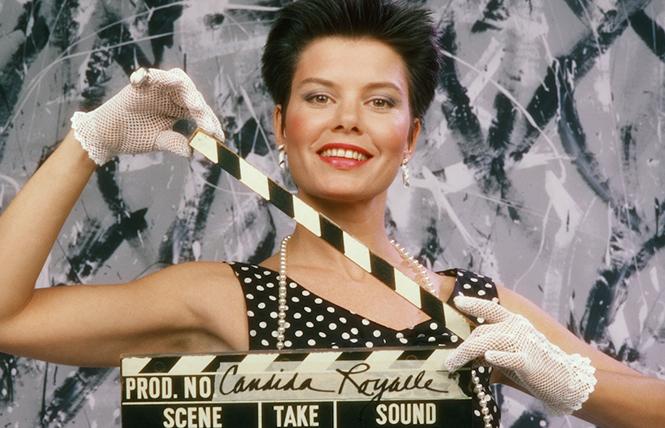 The 18th San Francisco Documentary Film Festival (SF DocFest), running May 29-June 13 at the Roxie and Brava Theaters and 518 Gallery, is perhaps the finest showcase for nonfiction films this side of Sundance. This year there's a focus on family ties as recalled through letters, poems and home movies. Here are capsule reviews of some films I was able to preview.

"Our Bodies Our Doctors" Jan Haaken's doc describes the battle across the country to stifle women's' reproductive rights. A timey entry on the heels of Alabama's Republican-controlled Legislature's vote to virtually ban all abortions. (Roxie, 6/9, 10) 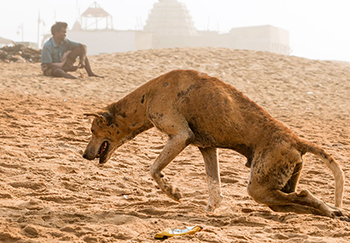 "Pariah Dog" (US/India) Jesse Alk offers a humorous take on "man's best friend" in this poetic peek at India's dog caretakers, filmed over three years in Kolkata. We get to know the dogs through their relationships with different owners. (Roxie, 6/6, 9)

"Framing John DeLorean" Don Argott & Sheena Joyce's film is both a groundbreaking doc and a stirring drama. John DeLorean (played in the drama portion by Alec Baldwin) offered the promise of a futuristic car, but left behind a sea of debt and a vehicle best recalled as a time machine in the "Back to the Future" movies. (Roxie, 6/1)

"I Want My MTV" Tyler Measom & Patrick Waldrop return us to a time (1981) when Ronald Reagan was in the White House and a new generation discovered a new medium, music videos — in effect, miniature movies designed to showcase New Wave music. (Roxie, 6/13)

"Unfinished Sentences" (Trinidad & Tobago) Mariel Brown tracks the ups and downs of her relationship with her poet dad. Father-daughter ties are buffeted by a legacy of colonialism, race and class. A poignant portrait of childhood lost and found again through poems and home movies. (Roxie, 6/1)

"Dons of Disco" This 80s tale takes us behind the scenes of a most improbable "lip-synching" dustup pitting an Italian model against an American singer. (Roxie 6/1)

"JR 'Bob' Dobbs & the Church of the Subgenius" Sandy K. Boone devises a neat satire of Southern-style "good old religion" in telling the stories of Steve Wilcox & Douglass St. Clair Smith. The more absurd the screwball religion, the more likely it is to attract followers. (Roxie, 6/30)

"Murder in the Front Row: The Bay Area Thrash Metal Story" Adam Dublin shows the wild ride of a musical idea that produced a movement. Get to know the local kids who favored thrash over hairspray. (Roxie, 5/31, 6/4)

"The Artist & the Pervert" (Germany) Beatrice Behn & Rene Gebhardt take us behind the scenes of an unconventional relationship between a well-known Austrian composer (the scion of Nazi parents) and a woman who volunteers to be his sexual slave and muse. (Roxie, 6/8, 12) 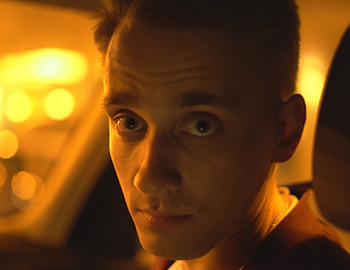 "I Am the People: Venezuela Under Populism" (Mexico) Once the richest country in South America, this oil-rich former democracy has been brought low by successive populist dictators. (Roxie, 5/31, 6/2)

"Dosed" (Canada) Tyler Chandler tells the story of Adrianne, a suicidal young woman hooked on opioids who consults underground healers to use psychedelic mushrooms and other plant medicine to try and overcome her addiction, anxiety, and depression. (Roxie, 6/8, 10)

"I Forgot What 8 Was For: The 80s Alt Rock Music Video Sing-a-Long" The Roxie hosts a two-hour-plus closing-night songfest. (Roxie, 6/13)

"Uberland" Nick St. Charles sorts out the truth behind serious allegations of misconduct by the ride sharing company. Four Uber drivers (Eric, Robin, Antonio & Xavier) work harder for diminishing returns in the so-called gig economy. Their situation is worsened by a recent ruling by the National Labor Relations Board that rider share drivers are not employees entitled to benefits like health insurance. (Roxie, 6/1, 4)

"Waiting for the Punchline" Mat Hames follows the ups and downs of local stand-up comic Nick Scarpino as he navigates the cruel world of small-club gigs and the brave new world of comedy podcasting. (Roxie, 6/7)

"The F Word: A Foster to Adopt Story" A lesbian couple's bid to adopt an Oakland foster kid is the jumping-off point for an intense look at a complex universe just across the Bay: from foster youth to birth families to adoptees to a new breed of social entrepreneurs, all working to construct a progressive matrix of relationships. (Roxie, 6/2)

"Factory of Lies" Jakob Gottschau unmasks renegade Russian hackers trying to repeat their disruption of American elections. A one-hour doc putting flesh on the skeleton of revelations from the Mueller Report. (Roxie, 6/7, 8)

"In Bright Axiom" Spencer McCall hands us a doc invite to The Latitude Society, a snooty club of thrillseekers searching for "transformative experiences." (Roxie, 6/7, 11)