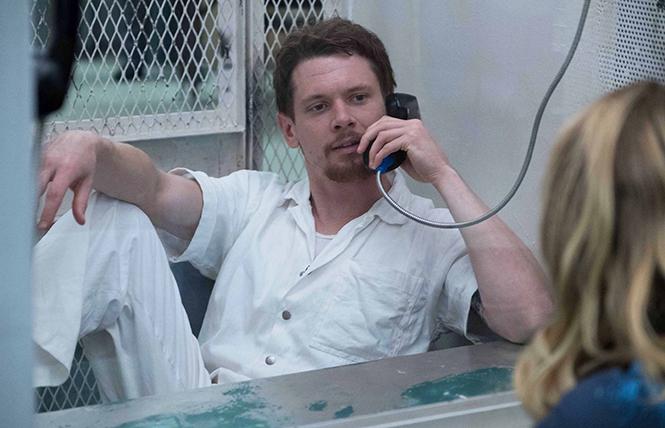 A diabolical miscarriage of justice lies at the heart of the explosive Texas-set melodrama "Trial by Fire" from director Edward Zwick, fueled by deft performances from veteran Laura Dern and studly Jack O'Connell. The film, which opens Friday, screened at this year's SF International Film Festival. O'Connell is Oscar-worthy as Cameron Todd Willingham, a man with a violent reputation who spent much of the 1990s in a Texas death-row cellblock, falsely accused of the arson murder of his three kids.

Zwick's story, based on a New Yorker article by David Grann, pivots on the malicious suppression of scientific evidence and expert testimony that supported Willingham's claims of innocence. Laura Dern plays the condemned man's pen pal Elizabeth Gilbert, who jumps into the fray in an attempt to overcome the prejudices of Texas' right-wing law-enforcement establishment. The state leads the nation in executions of death-row inmates. I sat down with director Edward Zwick to discuss how this project made it to the big screen.

David Lamble: You've made a powerful film based on events that unfolded in Corsicana, Texas.

Edward Zwick: It was a very depressed place at the time of this trial, a small town not just in its size, but also in its attitudes. This was a real objectification of someone who was not as they wanted him to be. He was doing some drugs, he was into [heavy-metal band] Metallica, he'd had a couple brushes with the law. When this crime took place, they wanted him out of there. They were willing to give a most cursory glance at the evidence. The jury was out for 45 minutes, and he was on death row.

There was a problem at the heart of the prosecution's case.

The problem was the junk science of the arson investigators. There was a kind of mythology about arson, all these made-up ways. As Elizabeth Gilbert investigated the case, it was revealed as junk science. The horror of the case is that [then-Gov.] Rick Perry and the state of Texas actually refused to acknowledge science. 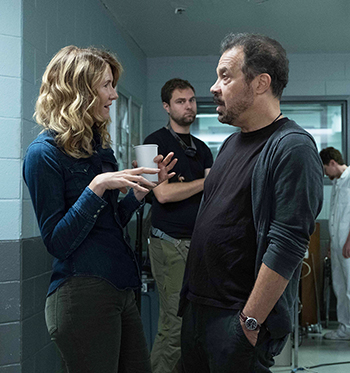 Laura Dern and director Ed Zwick on the set of Trial by Fire. Photo: Steve Dietl, Courtesy of Roadside Attractions

This defendant didn't have Perry Mason on his side to cross-examine witnesses until the truth was revealed.

Look, there is an unequal treatment of anybody in trouble if there's an issue of race or class. In fact, it's better to be rich and guilty rather than poor and innocent. He could not afford any kind of real defense, and that's what happens.

It's literally a travesty of justice.

There's a famous quote by [late Supreme Court] Justice [Anthony] Scalia saying, if it can be proven that a person has been unjustly put to death, his name should be shouted from the rooftops. Well, this is that case, and it's looked at as a singular case of injustice. Many people have now been exonerated on DNA evidence, but this precedes that time. What it suggests is how many have been unjustly put to death without DNA evidence.

The heart of "Trial by Fire" is in the performances of Laura Dern and Jack O'Connell, as the passionate advocate and the moody condemned man.

The story was in The New Yorker nine years ago, and it won the Polk Award. I thought the characters of Todd and Elizabeth would serve really well in a drama.

How did you secure Laura Dern?

I produced a movie a long time ago called "I Am Sam," in which Laura played a small part. Laura has a real political commitment. After reading the script and the article, she just walked into my office and said, "OK."

"Trial by Fire" opens as newly elected California Gov. Gavin Newsom has declared a moritorium on the death penalty during his term in office.

I don't think this will come up in the 2020 Democratic Party Presidential debates, but you have a President who [as a private citizen] took out an ad in The New York Times calling for the Central Park Five to be put to death [five minority men who were subsequently exonerated]. So maybe this case will resonate nationally.