The French do it in fractions 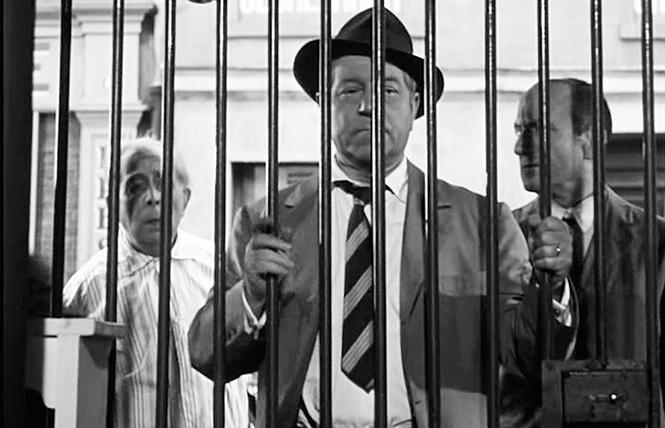 Sprinting over the course of a long weekend May 10-13, it showcases 13 features on mostly double bills, and "Retour de Jean," a rare 32-minute segment from a post-WWII anthology. Directed by suspense maestro Henri-Georges Clouzot ("Les Diabolique"), it stars Louis Jouvet as a disabled war veteran who discovers an escaped German POW hiding in his bedroom.

The films span four decades, from the 1930s through the 60s, a period, according to series programmer Don Malcolm, when the French invented film noir, and created masterpieces and first-rate movies in far greater numbers than previously imagined. "I needed to cover all four decades to ensure folks understood that noir starts in France in 1932, not anywhere else," he says. That the stylized form didn't originate in America, he adds, "is a controversial contention, but I'm confident that ultimately this will be seen as 'how it really was.'"

You can judge for yourself when the mini-fest kicks off Friday with "The Sleeping Car Murders." In this debut feature from director Costa-Gavras ("Z"), six people travel on the Midnight Special from Marseilles to Paris, but one is dead on arrival when the train reaches its destination. Believing someone among the five surviving passengers committed the crime, the police investigate, but the suspects are summarily knocked off one-by-one, Agatha Christie-style, leaving the remaining two to solve the crime and discover the culprit before they become the killer's next victims. Who among the big-name cast will make the cut or be fingered as the murderer? Yves Montand? Simone Signoret? Jean-Louis Trintignant? When not pondering this existential question, one can savor the widescreen imagery of this 1965 film that, Malcolm says, "reminds us that the French were still pushing the envelope when classic noir was essentially over in America. It also shows that, even in the 60s, French noir was combining the psychological aspects of noir and the paranoia and violence of the thriller." 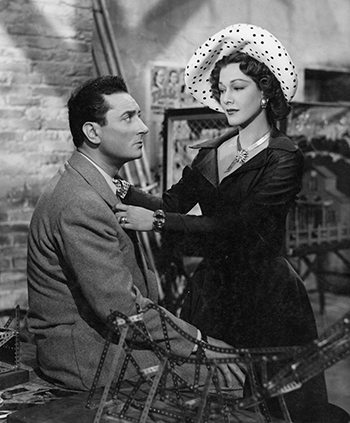 Sunday night focuses on 1949, a watershed year, says Malcolm, when French noir began to turn back toward the urban jungle and away from its "provincial and gothic components." The evening delivers a pair of films where the exotic American expatriate, famed screen siren Maria Montez, plays the tawdry femme fatale to the hilt. In "Wicked City," a tale of amour fou shot on location in Marseille, she's a bewitching nightclub prostitute stalking the erotic imagination of a sailor obsessed with her (Jean-Pierre Aumont, Montez's real-life husband). After she suddenly vanishes, he goes AWOL to search for her and is sucked into the vortex of the underworld on the waterfront. In the lurid "Portrait d'un Assassin," a project Orson Welles once considered directing, she's a sadistic carnival owner who systematically destroys an inept, morally flawed daredevil (Pierre Brasseur). His first step on the road to ruin is trying and failing to murder his cloying wife. In an unsuccessful attempt to kill her, he mistakenly injures Montez, a thrill-seeking temptress who gets her kicks daring men to take life-threatening risks. She doesn't die either, and that's bad news for him. One need look no further than the fate of her previous lover (Erich von Stroheim), paralyzed and permanently confined to a body brace. Some might think it was time to pack their bags, but no, our hero falls under her spell and swiftly abandons all reason.

Cooler minds prevail in three films featuring Jules Maigret, the intrepid, no-b.s. police commissioner who appeared in over 76 novels and 28 short stories by author Georges Simenon. Sex, crime and night fog converge in the first screen adaptation of a Maigret novel, Jean Renoir's moody "Night at the Crossroads" (1932), where one finds the cerebral detective scoping out an alluring, opium-addicted beauty while on the trail of a smuggling ring.

The festival concludes with two more films led by Maigret that hone the template for atmosphere and character that came to define noir. In "Maigret Sets a Trap" (1958), an unjustly overlooked gem directed by Jean Delannoy, the ever-suave, late-career Jean Gabin, in full-on sangfroid mode, portrays the methodical sleuth closing in on a brutal serial killer (Jean Desailly) whose exploits — murdering Parisian women in the Fourth Arrondissement in the dead of night — have set off a citywide panic. Sharing the same bill is "The Head of a Man" (1933), a twisted psychological thriller with Harry Baur turning in a nuanced performance as Maigret. Director Julien Duvivier's film takes the audience on a bone-chilling voyage into the mind of a deranged killer, while titillating the rest of our senses with the raucous anarchy of 1930s Parisian nightlife. Descending into sordid worlds that are at once tempting and repugnant as he hunts his quarry, the stoic detective is in increasing danger of getting too close to the criminal he's pursuing and losing himself, a convolution that has its roots in Simenon's perverse imagination.

May 10-13 at the Roxie. Info: www.midcenturyproductions.com