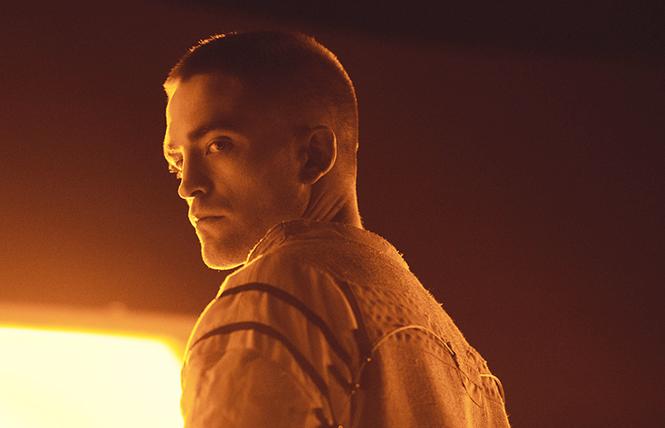 "High Life" Director Claire Denis' biggest art-house hit, 2000's sexy men-in-the-desert saga "Beau Travail," an homage to Melville's "Billy Budd," was long on homoerotic visuals, but rather stingy on plot. With "High Life," the desert has moved to deep space, as a father (terrific Robert Pattinson) and daughter strive to survive aboard a prison ship. Very little occurs in just under two hours in a drama that visually recalls "2001" and the "Alien" franchise, but which dawdles so much over pedestrian details that its appeal is limited to the hard-core sci-fi crowd. (A Tribute to Claire Denis, Victoria, 4/11)

"Trial by Fire" Laura Dern stars in this death-row drama focusing on the fate of an inmate, Cameron Todd Willingham (Jack O'Connell). Convicted of the arson murder of his three kids, Willingham develops a pen-pal relationship with playwright Elizabeth Gilbert (Dern), who leads a battle to save him from execution. Director Edward Zwick's drama, based on David Grann's 2009 New Yorker article, delves into the legal dilemmas of securing justice for people with violent reputations. (A Tribute to Laura Dern, Castro, 4/14) 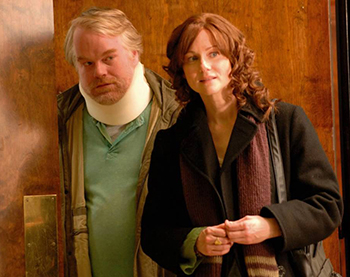 "The Savages" (2007) Tamara Jenkins provides a comic but far-from-light treatment of a family torn by caring for a dying parent. Laura Linney, the late Philip Seymour Hoffman and theater veteran Philip Bosco are riveting as the guilt-riddled sister, self-absorbed brother and irascible dad. Linney, who normally plays the responsible one, is terrific as the disgruntled sibling juggling an extracurricular affair with a long-denied passion to win a Guggenheim. Hoffman appears in the uncustomary role of family scold. Bosco stretches his scene-stealing powers down to the reprobate's last breath. (A Tribute to Laura Linney, SFMOMA, 4/11)

"A Faithful Man" Handsome French leading man Louis Garrel makes his directorial debut as well as starring in this comic triangle. Abel (Garrel) is dumped by his girlfriend, choosing to be with his best friend, Paul. Garrel stirred many a gay heart in the 2008 musical "Love Songs," where after the death of his girlfriend he hooked up with a beautiful young man. (Roxie, 4/12; YBCA, 4/17)

"Booksmart" Actress Olivia Wilde tries her hand at feature directing with this high school grad comedy. The fun kicks off when Amy (Kaitlyn Dever) and Molly (Beanie Feldstein) abandon their studies for a night of nonstop teen debauchery. (Castro, 4/16) 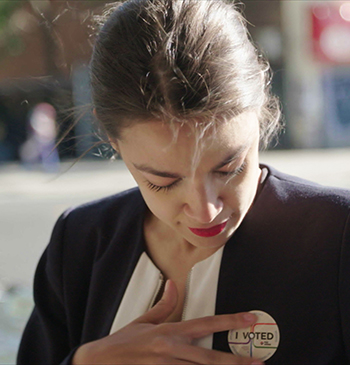 "Knock Down the House" As timely as today's headlines, Rachel Lears profiles a quartet of women who beat the odds and won seats in Congress, unseating well-funded male opponents. The 95-minute doc follows the 2018 campaign trail, including the upset win of Alexandria Ocasio-Cortez, the brash young woman who won New York's 14th Congressional District, which straddles working-class and middle-class hoods in the South Bronx and Northern Queens. (Castro, 4/13)

"Photograph" From India comes this quirky social comedy: a street photographer asks a girl way above his station to pretend to be his main squeeze in order to get his marriage-obsessed grandmother off his case. From Ritesh Batra, director of the unlikely 2013 art-house hit "The Lunchbox," with his leading man Nawazuddin Siddiqui. (Castro, 4/14)

"Q Ball" Bay Area director Mike Tolajian brings us the inspiring story of a b-ball squad made up of guys from San Quentin Prison. (Castro, 4/11)

"Raise Hell: The Life & Times of Molly Ivins" Back when Texas was firmly in the grip of good-ol-boy pols Dolph Briscoe, John Connelly and LBJ, the best place to get the scoop on what oil money was up to was the Austin-based Texas Observer. Molly Ivins, born into a rich family, gleefully became a class traitor with columns whose appeal included the state's nascent LGBTQ communities. (BAMPFA, 4/13; Victoria, 4/14)

"Red Joan" British stage director Trevor Nunn presents a spy thriller dramatizing the UK's quest to become a nuclear power. Joan (played in her 20s by Sophie Cookson, and as an older woman by Dame Judi Dench) is a scientist seduced by a German Communist into turning over atomic secrets to the Soviet Union. (Castro, 4/13)

"Nothing Fancy: Diana Kennedy" Elizabeth Carroll's fine-food lover's doc explores the life and cooking skills of this 95-year-old who stays youthful through her recipes and culinary friends, including Alice Waters and Gabriela Camara. (SFMOMA, 4/12; Roxie, 4/15)

"Premature" Fans of the New York-set "Gun Hill Road" will recall how deftly its creator dealt with issues of home, ethnicity, gender and inner-city violence. Rashaad Ernesto Green returns with the romantic misadventures of a young poet who spends her last summer before college in Harlem. She meets and falls for Isaiah (Joshua Boone), a sexy young man who may threaten her carefully laid plans. (SFMOMA, 4/12; Creativity, 4/16)

"Belmonte" Uruguayan director Federico Veiroj's drama explores the complicated midlife crisis of a handsome painter whose happiness about a new exhibition is tempered by his ex-wife's plans to raise a baby with a new boyfriend. He's also trying to re-establish ties with his fiercely independent daughter. (YBCA, 4/12, 16; Creativity, 4/14)

"In My Room" German director Ulrich Kohler's end-of-life-on-earth black comedy concerns the fate of a lonely guy. Armin dozes off in his car only to awaken to the discovery that all other humans appear to have vanished. (BAMPFA, 4/13; SFMOMA, 4/14)