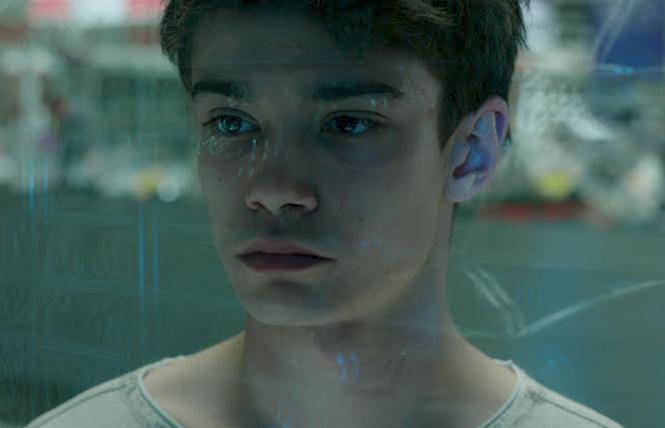 "Permanent Green Light" In this riveting, funny and perplexing queer feature, the American underground novelist/poet Dennis Cooper (with Zac Farley) brings us French adolescent boys who question everything they know about life, death and sex. Like Cooper's earlier work ("Frisk," "Closer"), it takes us right up to the edge as teenagers have philosophical conversations well beyond their years.

A calm but desperate young man decides to blow himself up as his friends watch from a physically but possibly not emotionally safe distance. Recalls Robert Bresson's 1977 morality play "The Devil Probably," where Antoine Monnier drifts through politics, religion and psychoanalysis, rejecting them all once he realizes the depth of his disgust for society. Beautifully photographed, with partial male nudity in sylvan settings, "PGL" is an excellent introduction to Cooper's work, with a sublime young cast. (2/3, 4) 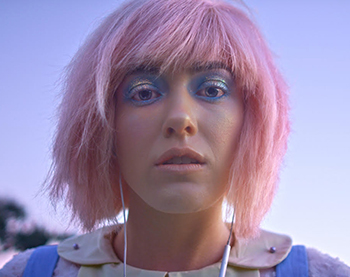 "Daddy Issues" Director Amara Cash offers a love-in-the-sun romantic triangle. Maya, a wannabe artist, has a crush on designer Jasmine, and discovers her secret income: playing sugar baby to a client with an age-play fetish. (2/9, 12)

"I Am Maris" Laura Vanzee Taylor's film shows how one woman overcomes anxiety-based mental problems through yoga. Plays with the short "Introducing the Super Stoked Surf Mamas of Pleasure Point." (2/8, 10)

"Donovan Reid" In this Petaluma-based drama, a young man who appears to have been abducted from his birth family at age 10 returns on the cusp of adulthood a decade later. Our view of what happened to Michael/Donovan (Weston Lee Ball) keeps shifting. A key clue might be the 1950 film noir classic "D.O.A.," in which Edmund O'Brien tries to figure out why he was given a slow-acting poison. This one possibly has too many tricks up its sleeve. Kudos to Ball, whose nervous, Montgomery Clift-like performance is the film's main asset. (2/2, 7)

"Cruel Hearts" Writer-director Paul Osbourne offers a darkly funny reboot of every paranoid beat in the noir playbook, refreshing old cliches about the cheating wife, the jealous husband and the lying creep who knows how to exploit people's weaknesses. Osbourne plays us like Tarantino circa "Pulp Fiction," pulling off surprises in timeless noir settings: the all-night coffee shop, the empty bar, and some dame's apartment. Terrific cast: guys with scary eyes, dames with loose habits. (2/10)

"The Area" In today's South Side Chicago, kids shoot baskets through milk cartons, chess is played outdoors, and the Norfolk Southern railroad company wants everybody to move on. David Schalliol's feisty doc brings new meaning to the phrase "the wrong side of the tracks." (2/10)

"The Man Who Killed Hitler and then the Bigfoot" Veteran character Sam Elliott is the perfect guy for the assignment in Robert Krzykowski's feature debut with a loony premise. (1/31)

"Billboard" An all-star indie-film cast heads up Zeke Zelker's droll satire about a struggling AM radio station whose new owner is trying to stay on the air with a crazy contest in which devoted listeners perch on one of the station's billboards. What's at stake: the last rock signal on the AM band. With John Robinson, Eric Roberts and Heather Matarazzo. (2/9, 14)

"Pet Names" In Carol Brandt's relationship drama, a grad school drop-out divides her time between looking after her sick mom and going on a camping trip with her ex. (2/2, 5)

"Guardian" O Canada! A salute to Canadian ecological safeguards in the Trump era. Courtney Quirin's doc traces the history of a program dating back to the early 1900s that assigns patrol persons to protect the nation's coastal waterways. (2/2, 4)